Case Presentation: A 33-year-old Japanese man, with no significant past medical history, presented to our hospital with a two-day history of fever, diarrhoea and diffuse maculopapular rash. Four weeks before, he had taken cefaclor, and NSAID after extraction of his teeth. One week before, he took levofloxacin for cough, nausea, diarrhea and right parotid gland enlargement. Two days prior to presentation, he started to have maculopapular rash in the bilateral arms, which expanded to whole body including face over the two days. Then, he was admitted. His vital signs on admission were temperature of 37.4°C, blood pressure of 87/45mmHg, heart rate of 120 beats/min, respiratory rate of 30 breaths/min, and oxygen saturation of 98% on room air. Erythematous macules and papules on the entire body with facial edema was noted. The Nikolsky sign was negative. Laboratory studies revealed white blood cell count of 40.4×103/μl with 10.5% eosinophils, as well as thrombocytopenia of 44×103/μL. No atypical lymphocytes were found. His blood chemistry test showed blood urea nitrogen of 74.9mg/dl, serum creatinine 6.76mg/dl, aspartate amino transaminase 1763U/ml, and alanine aminotransferase 2204U/ml. His blood cultures and urine cultures were negative. The Abdominal CT scan showed slight enlargement of periaortic lymph nodes. After admission, he developed oliguric azotemia and profound hypotension, requiring haemodialysis and norepinephrine. Based on rash, fever, eosinophilia and several organ involvement, drug reaction with eosinophilia and systemic symptoms syndrome (DRESS syndrome) was diagnosed. Prednisolone 60mg/day was started. His skin rash and multi-organ dysfunction as well as cardiogenic shock was resolved dramatically soon after initiation of prednisolone. He was discharged home. We successfully discontinued 9 weeks course of steroid.

Discussion: We reported a case with fever, skin rash, eosinophilia, acute renal failure, liver dysfunction and cardiogenic shock due to myocarditis and pericardial effusion. According to the RegiSCAR scoring system, our patient was diagnosed as definite DRESS. We suspect NSAID or quinolone as a possible causative drug, which have been reported in previous case reports. Myocarditis due to DRESS is rare. Only 22 cases were reported. It could be fatal and under-recognized manifestation of DRESS, which may occur long after the onset. We should suspect of it and need to perform echocardiography in case of DRESS, especially when hemodynamically instability occurs. Early diagnosis and prompt withdrawal of the offending drug is essential. The use of corticosteroids is recommended for patients with visceral involvement.

Conclusions: We reported a case of definite DRESS syndrome complicated with severe myocarditis. Early recognition and prompt removal of the culprit agent and treatment of corticosteroid is important for this life threatening condition. 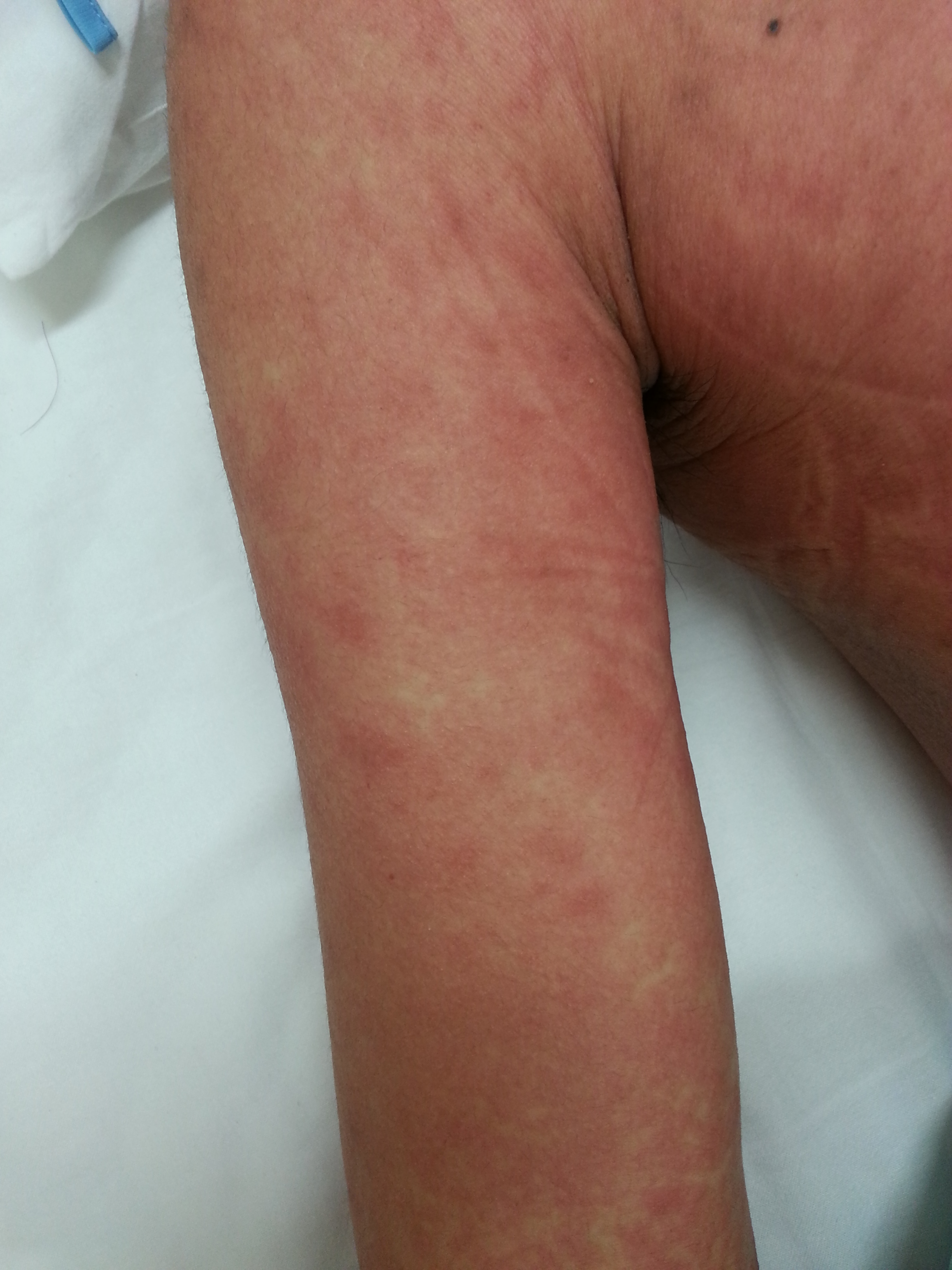 A Case of Severe Myocarditis and Pericarditis Complicated with Drug Reaction with Eosinophilia and Systemic Symptoms Syndrome.