A healthy 54-year-old Asian female presented with 7 days of fever accompanied by a rash that spread from her neck and face to the entire trunk and extremities for the past 5 days. She also noticed a nonproductive cough and rhinorrhea. She was given oseltamivir empirically until a negative influenza was confirmed.  She took no other medications. She reported taking all childhood vaccines and had no sick contact. Vital signs include a temperature of 39.0℃ and heart rate of 119/minute. On exam, she had conjunctival injection and expiratory rhonchi. There was a blanching and confluent erythematous maculopapular rash that diffusely distributed on the face, neck, trunk and extremities with less severity at the palms and soles. The remainder of the exams was unremarkable. Initial labs showed normal CBC and AST 159 mg/dL, ALT 211 mg/dL, ALP 176 mg/dL with no elevation of bilirubin. Blood cultures were negative. Chest radiography and computed topography showed no focal infiltrates or diffuse opacities.

The patient was hospitalized and put on airborne isolation. She was started on empiric antibiotics and supportive care. A positive measles-specific IgM antibody returned after hospitalization. The nasopharyngeal swab was later on confirmed positive for measles RNA by real-time polymerase chain reaction (RT-PCR). Other tests were negative for viral hepatitis, HIV, CMV, EBV, mycoplasma, legionella, leptospira, and Streptococcus. Serum IgG for rubella and Mumps were positive, which suggests immunity. After 3 days of hospitalization, the fever resolved and the exanthema became desquamated and fading in color. She was discharged on hospital day 5. The prolonged cough eventually resolved 12 days after onset. At the follow-up visit the transaminases returned to normal range. No other measles occurred following this case in the hospital.

Measles is a highly contagious viral infection that is characterized by fever, coryza, cough, and exanthema. It is effectively preventable with MMR (measles, mumps, and rubella) vaccine. The etiology of the measles infection in our vaccinated patient is not determined, yet the most plausible explanation is vaccine failure. With a standard two-dose MMR vaccination, more than 99% of the recipients develop a life-long serologic evidence of immunity. Rarely, however, a waning of vaccine-induced immunity to non-protective levels also occurs, causing a secondary vaccine failure. Measles should be suspected in all patients with febrile rash including those who were vaccinated.  Hawaii has a large number of travelers from all over the world, especially eastern Asian where measles is relatively common.

We report the first confirmed measles case in Hawaii since 2008. High suspiciousness for this contagious infection leads to early diagnosis as well as appropriate isolation measure, which is extremely crucial to prevents its outbreaks in the hospital and the community. 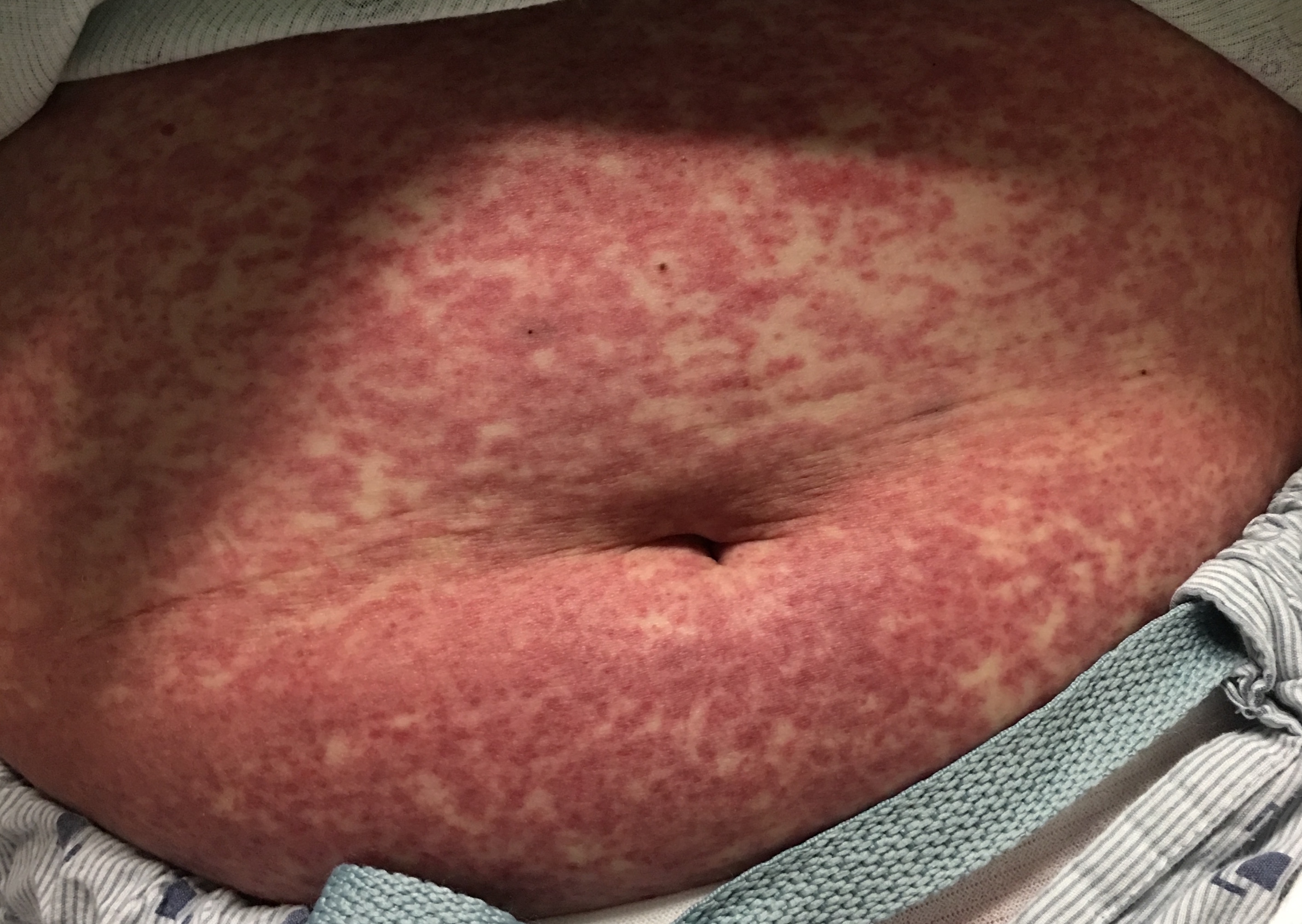 ATYPICAL MEASLES IN A HAWAII-BORN WOMAN WITH HISTORY OF REPORTED VACCINATION.