An 18 year old man presented to a California hospital emergency department with six weeks of right lower back pain and one week of pain and swelling in the skin over the right mid‐back. This area, thought to represent an abscess, was opened by I & D, and the patient was then prescribed TMP/SMX. Two weeks later, after no response to treatment, the patient underwent a CT scan of the abdomen and pelvis that showed ominous findings (right iliac bone soft tissue mass with lytic changes concerning for malignancy). He was referred to an oncologic orthopedic surgeon who, after examination of the patient and review of the case, sent the patient for admission to the hospital medicine service for further workup including definitive tissue diagnosis, staging, and development of a management plan. The patient had no past medical history, and he had undergone no surgeries other than the above‐mentioned I & D. In the hospital, an admission CXR was negative. MRI showed multiple lesions involving the pelvis with the largest at the medial aspect of the right iliac crest. Considerations included small round blue cell tumor such as lymphoma or Ewing’s sarcoma and infection. A nuclear medicine bone scan was recommended, and this revealed areas of increased activity in the left scapula, left proximal humerus, ribs, and spine, and foci in the T10 vertebral body and pelvic bones correlating with lytic lesions seen on the CT scan. A biopsy of the right mid‐back mass showed the presence of fungal organisms consistent with Coccidioides immitis. The patient’s serologies also returned positive for coccidioidomycosis though CSF testing was negative. He was begun on high‐dose fluconazole.

Coccidioidomycosis, or “valley fever,” is a fungal disease caused by the inhalation of spores (anthroconidia) of Coccidioides species. It is endemic to multiple states in the U.S. including Arizona, California, Nevada, New Mexico, Texas, and Utah. The incidence of coccidioidomycosis is increasing significantly in these areas, from 5.3 per 100,000 in 1998 to 42.6 per 100,000 in 2011. While most primary infections with coccidioidomycosis are asymptomatic or have disease isolated to the respiratory tract, disseminated disease occurs in about 0.5% of cases with skeletal disease being one of the more frequent additional locations of involvement. Vertebral osteomyelitis and septic arthritis have been most frequently associated with disseminated coccidioidomycosis, but this disease can cause lytic bone lesions throughout the body indistinguishable from malignancy.

In this case, the initial presentation seemed to be that of a bone malignancy with metastases. Ultimately, disseminated infection with Coccidioides immitis was determined to have caused the illness. The patient continues to receive systemic antifungal medical therapy, and he has also needed pelvic surgery. Coccidioidomycosis should be considered in a patient presenting with a lytic bone lesion who has lived in or traveled to an endemic area 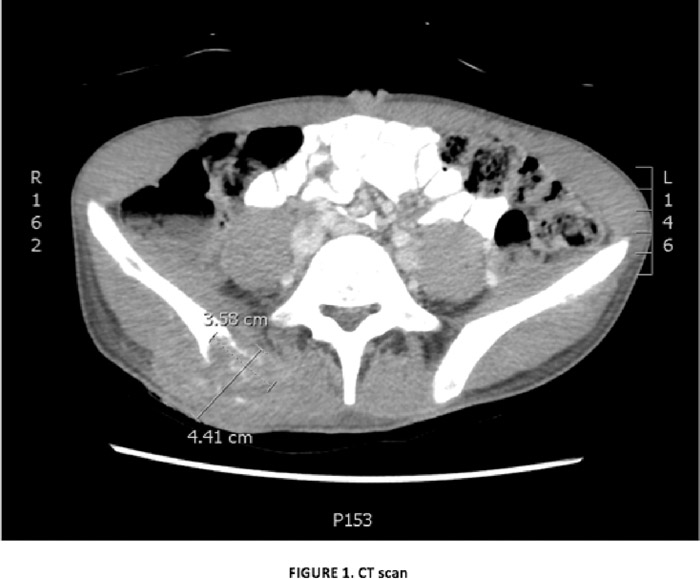 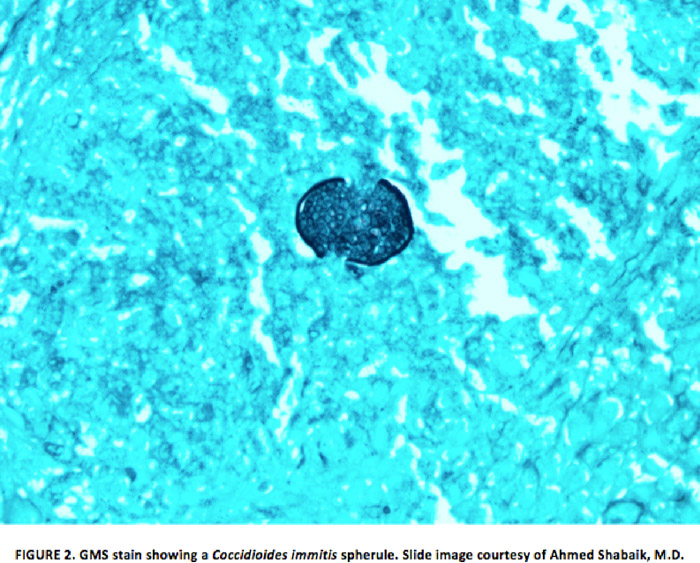