A 52‐year‐old Hispanic woman presented with bilious vomiting of 1 day's duration. It was associated with worsening headache and weight loss of one‐month duration. She denied other systemic symptoms. She was being managed for acquired immunodeficiency syndrome (AIDS) with highly active antiretroviral therapy (HAART) and was on atovaquone for PCP prophylaxis. Her CD4 count was 96, and she had undetectable HIV viral load. She was receiving inhaled bronchodilators and inhaled steroids for chronic obstructive pulmonary disease (COPD). On Initial evaluation she was afebrile with blood pressure of 118/81 mmHg, pulse 92/minute, and respiratory rate of 14/minute. She appeared cachectic and drowsy, but arousable. Patient had nuchal rigidity on neurological examination with no other abnormal findings. Laboratory test revealed anemia of chronic disease and no leukocytosis. Computed tomography (CT) scan of head showed generalized atrophy with no mass or acute changes. Cerebrospinal fluid (CSF) analysis showed white blood cell count of 67, red blood cells 850, segmented cells 4%, lymphocytes 91%, and total cells 100; glucose of 16 mg/dL (normal, 40–70 mg/dL) and protein 838 mg/dL (normal, 15–45 mg/dL). Serum and CSF cryptococcal antigen was positive with a titer of greater than 1:1024. CSF bacterial antigens were negative. She was started on intravenous fluids, amphotericin B, and flucytosine. Over the next 5 days her condition deteriorated, requiring mechanical ventilation for hypoxic respiratory failure. Due to unusually high level of proteins in CSF, a repeat CT scan of the head was done on day five of admission that showed communicating hydrocephalus. A ventriculoperitoneal (VP) shunt was placed by neurosurgery for hydrocephalus with subsequent improvement in mental status. She was extubated on day 3 of VP shunt placement.

Cryptococcal meningoencephalitis is an invasive infection by the fungus Cryptococcus neoformans. Communicating hydrocephalus is a well‐established complication of cryptococcal meningoencephalitis. Early detection and management can reduce mortality from this complication. In this case, initial head CT scan was normal but unusually high protein level in CSF prompted a repeat CT scan 5 days later that showed noncommunicating hydrocephalus. Early management of hydrocephalus is vital as raised intracranial pressure is the major cause of mortality in patients with AIDS‐associated cryptococcal meningitis who are on antifungal treatment.

In patients with cryptococcal meningitis, failure of response to antifungal treatment and presence of high CSF protein should raise suspicion for communicating hydrocephalus. 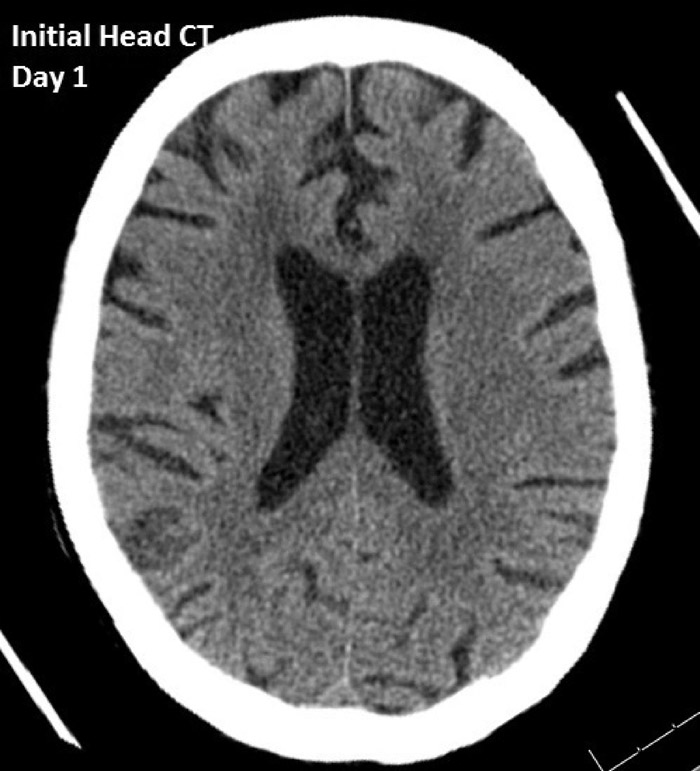 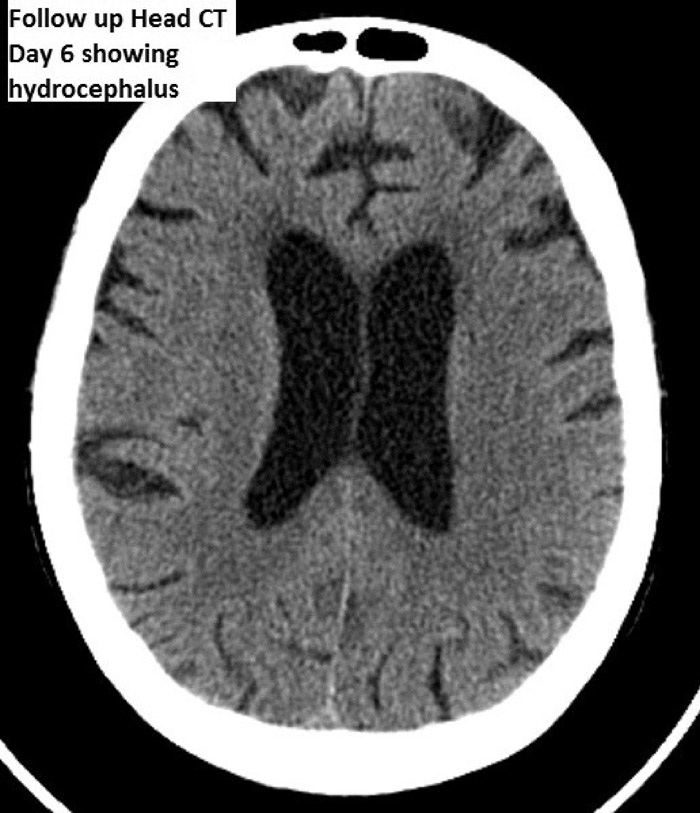