EATING LIKE A CHIPMUNK? A TOUGH NUT TO CRACK

Discussion: This patient’s abnormal eating behavior with second right sided pneumonia and initial bronchoscopy with lipid-laden macrophage raised concern for recurrent aspiration pneumonia.  Her lack of improvement on antibiotics prompted a repeat bronchoscopy, an immunological work-up, and the ultimate diagnosis of CGD. CGD is caused by defects in phagocyte NADPH oxidase which enables the respiratory burst. In the US, CGD primarily affects males as most mutations are X-linked. However, in cultures with consanguineous marriage, such as our patient’s family from Kenya, the autosomal recessive forms of CGD are more common. CGD presents with recurrent bacterial or fungal infections, common organisms being Aspergillus, S. Aureus, B. Cepacia, and S. Marcescens.  Dihydrorhodamine 123 (DHR) oxidative testing is the preferred first-line test, with genetic testing to confirm the diagnosis. CGD, as seen in this patient, is commonly associated with autoimmune diseases including inflammatory bowel disease, IgA nephropathy, lupus, and celiac disease.

Conclusions: CGD, although rare, should be suspected in a relative well child with recurrent pulmonary infection(s) and older children with thrush, especially after obtaining another autoimmune diagnosis such as celiac.  Our patient only had her second lung infection and the thrush was after amoxicillin.  These factors with the initial bronchoscopy findings and “chipmunk” eating behavior led to an aspiration diagnosis and delayed proper diagnosis and treatment.  While a rare autosomal recessive case, our story also demonstrates hospitalists must maintain a broad differential and not succumb to anchoring bias. 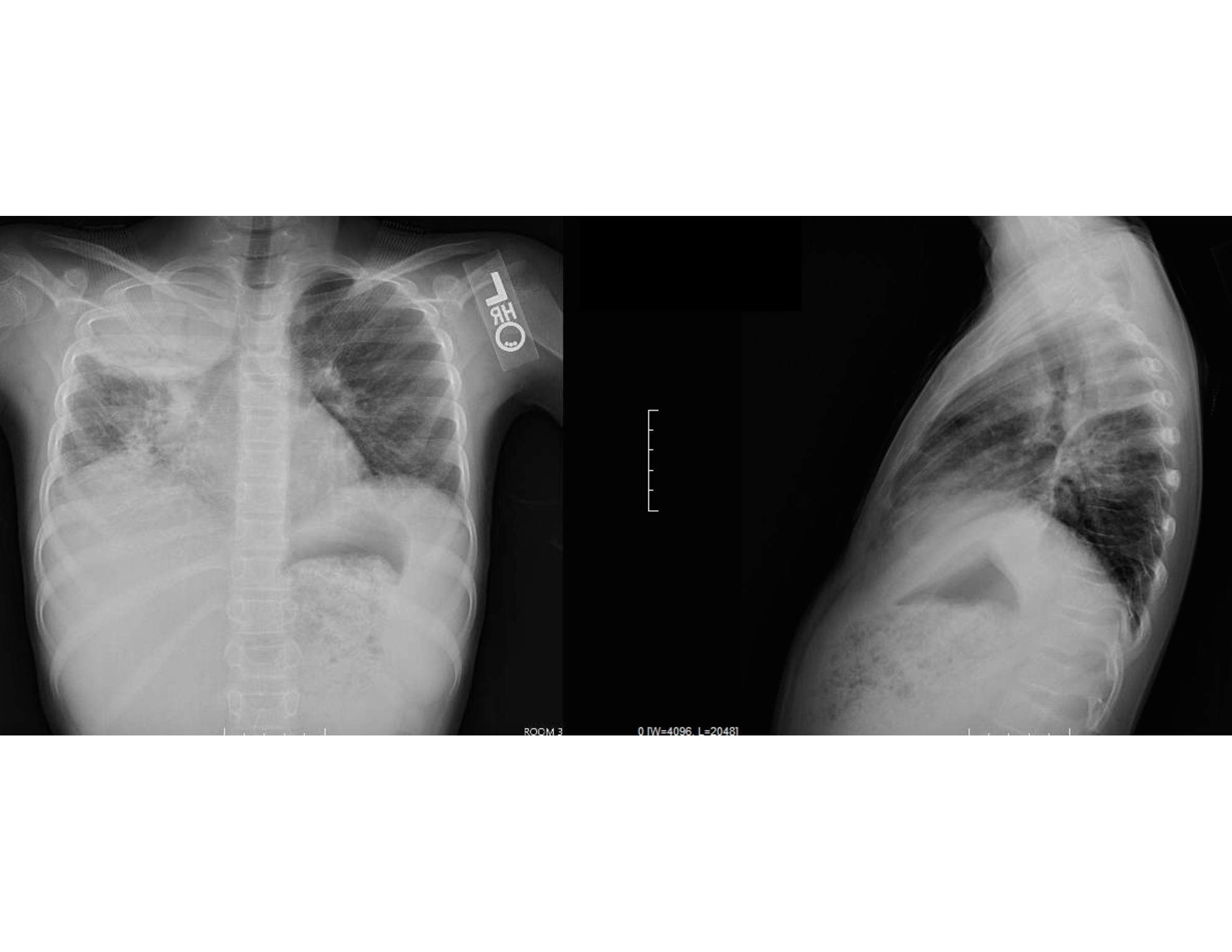