A 22-year-old man with a history of a Meckel’s diverticulum resected 10 years prior presented with diffuse abdominal pain and nausea for five days. The pain was sharp and stabbing in nature with radiation to the back. There had been no preceding illnesses, new medications, or alcohol use. Of note, the patient had presented two years prior with the same symptoms, though no etiology had been found and symptoms eventually resolved on their own. Examination revealed severe tenderness to palpation throughout the abdomen, most pronounced in the epigastric region. Labs were notable for a lipase of 1450 units per liter and normal triglycerides. An autoimmune work-up, including IgG4 and anti-nuclear antibody testing, was unrevealing. A right upper quadrant ultrasound showed no evidence of cholecystitis or cholelithiasis. Computed tomography (CT) of the abdomen and pelvis was notable for a normal appearing pancreas, however a 2-3 centimeter gastric mass was incidentally discovered. Endoscopic evaluation confirmed the presence of a 4 x 2 centimeter submucosal mass within the greater curvature of the stomach, and biopsy showed ectopic pancreatic tissue. On hospital day five, the patient underwent a partial gastrectomy with subsequent resolution of his abdominal pain and normalization of serum lipase levels.

Heterotopic pancreatic masses, often called pancreatic rests, are rare and can occur within any portion of the gastrointestinal tract, though they are most common in the stomach, duodenum, and jejunum. They are thought to arise congenitally, and the majority of patients remain asymptomatic for life. Clinically significant masses are typically greater than 1.5 centimeters and may cause epigastric pain, abdominal fullness, nausea, vomiting, and diarrhea. Symptoms often arise in the setting of gastric or duodenal outlet obstruction. Heterotopic pancreatic tissue is subject to the same pathologic processes as orthotopic pancreatic tissue. Acute pancreatitis, chronic pancreatitis, pseudocyst formation, and acute hemorrhage with necrosis have all been reported. When pancreatic rests become symptomatic, surgical resection is curative. Malignant transformation can occur but is rare.

This patient’s presentation is most consistent with acute pancreatitis within gastric heterotopic pancreatic tissue. He presented with clinical evidence of acute pancreatitis, however no underlying trigger could be identified and an abdominal CT revealed a normal appearing pancreas. While rare, pancreatic rests should be on the differential in patients with symptoms of acute pancreatitis who do not respond to conservative therapy with intravenous fluids, bowel rest, and pain control. 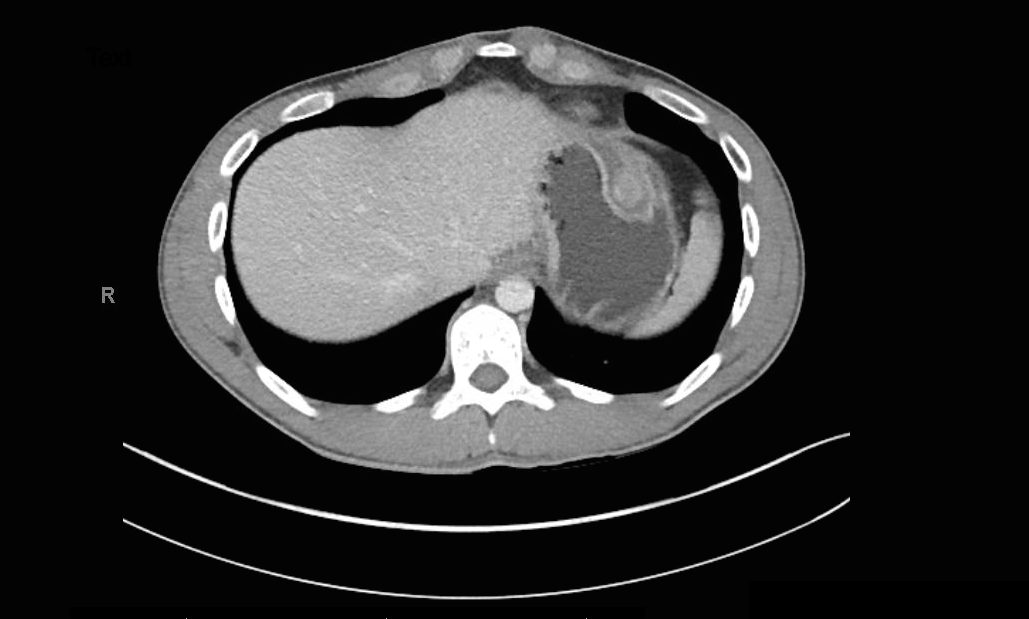