Case Presentation: 65-year-old female with no significant past medical history presented with intractable hiccups for past few months. Hiccups were progressively getting worse with development of intermittent nausea. Her vital signs and physical exam were unremarkable. Her CBC, CMP, and thyroid function were within normal limits. CT chest and abdomen with contrast was unremarkable. She was referred to gastroenterology where EGD was performed which was unremarkable. Unfortunately, the patient continued to have symptoms intermittently and presented to the emergency room (ER) multiple times for hiccups for which she was treated symptomatically with anti-histaminic medications. She had increasingly frequent visits to the ER for these symptoms. In one of the ER visits, along with hiccups and nausea, she also complained of dizziness. On physical exam, she was noticed to have left-sided facial droop and left sided weakness. CT scan of the head was done, which showed concern for possible medullary mass. MRI of the brain was done and showed lobular enhancing mass within the medulla, most pronounced posteriorly on the left with associated extensive edema and mass effect on 4th ventricle with no definitive ventricular obstruction or hydrocephalus. Subsequently, a sub-occipital craniotomy was performed with biopsy and de-bulking of the left medullary mass without any complications. The lesion was reported to be of chronic inflammatory nature with necrotizing and non-necrotizing granulomas. Infectious etiology was ruled out by negative testing for TB, Lyme, HIV, Cryptococcal Ag, Urine Histoplasmosis, fungal and bacterial culture of the biopsy specimen. Patient’s medullary lesion was eventually diagnosed as neurosarcoidosis and she was started on Prednisone 60 mg daily with significant improvement of her symptoms. In a subsequent clinic visit, she continued to do well with resolution of symptoms awaiting further imaging.

Discussion: About 50% of patients with neurosarcoidosis present with initial neurological symptoms. Cranial nerve VII is the most commonly affected nerve clinically in neurosarcoidosis. Leptomeningeal involvement can lead to headache, chronic nausea with or without ataxia. However, isolated hiccups are not described as a known manifestation of neurosarcoidosis. MRI of the brain and CSF studies are often used as a diagnostic surrogate for neural tissue due to lack of availability of neural tissue for histopathology. However, biopsy for histopathology remains the gold standard test. Once diagnosed, corticosteroids are the mainstay of treatment. Our patient has responded well to steroids and currently remains under surveillance.

Conclusions: Clinicians should have a high clinical suspicion for persistent isolated neurological involvement as a manifestation of uncommon causes like neurosarcoidosis and in appropriate cases should have a low threshold for brain imaging, as sometimes, hiccups can be the only presenting symptom. 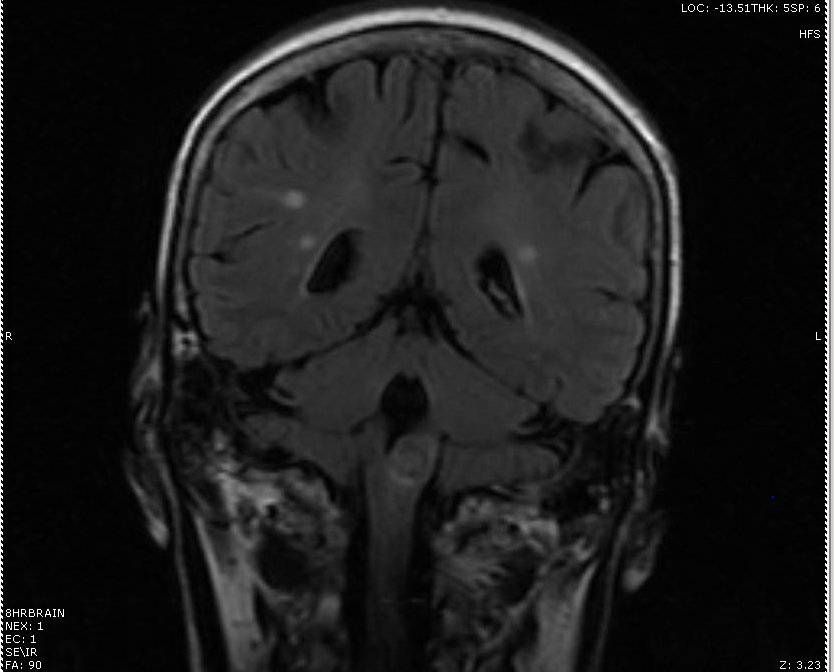 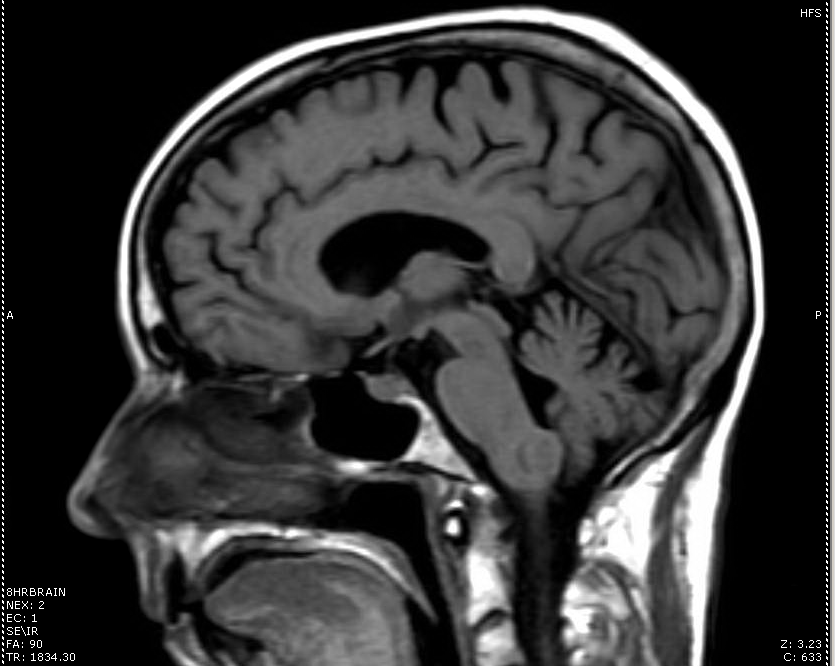