A 37-year-old man presented with 10 days of right flank pain.  It was of variable intensity, but never completely went away after onset.  He had episodic nausea and vomiting and several episodes of blood tinged urine.  He denied trauma or fever.  He had been seen at an outside facility several days prior and undergone renal ultrasound, non-contrast CT and MRI, all of which were reportedly negative except for mild right hydronephrosis.

He had a history of mild chronic renal disease and HIV.  Medications included ritonavir-boosted atazanavir, emtricitabine and tenofovir.

Temperature was 36.9, pulse 63, BP 119/99.  He appeared uncomfortable.  Abdomen was flat, soft and non-tender to palpation.  He had mild right costovertebral angle tenderness.

Nephrolithiasis is a common problem encountered by general internists.  Diagnosis generally involves radiologic imaging in the context of the patient’s history and basic laboratory studies.   Several imaging modalities are available, with different strengths and weakness. (Table 1) Non-contrasted helical CT has become the most common initial imaging test due to its high sensitivity, though this modality also has limitations in the diagnosis of stone disease.

Protease inhibitor (PI) stones are a well-reported cause of nephrolithiasis in patients receiving anti-retroviral therapy and may pose a particular diagnostic challenge, as they can be difficult to visualize using all current imaging modalities, including CT scan.  Indinavir is the protease inhibitor most widely associated with stone disease in case reports,1 but atazanavir has recently been appreciated as highly associated as well.2 In a study of HIV patients on protease inhibitors, those on ritonavir-boosted atazanavir were 10 times more likely to develop stones.3 The pathophysiology is believed to be drug crystallization in the urine.  Definitive diagnosis requires stone retrieval, which may involve urologic intervention.

The general internist should be aware that all radiologic imaging may miss certain types of urinary stones, including protease inhibitor stones.  Ritonavir-boosted atazanavir appears to confer a significantly increased risk of stone formation and should thus cause increased index of suspicion for stone disease in patients with urologic complaints while taking those medications.  Good knowledge of radiologic study qualities and the PI association with stones will facilitate timely diagnosis and treatment. 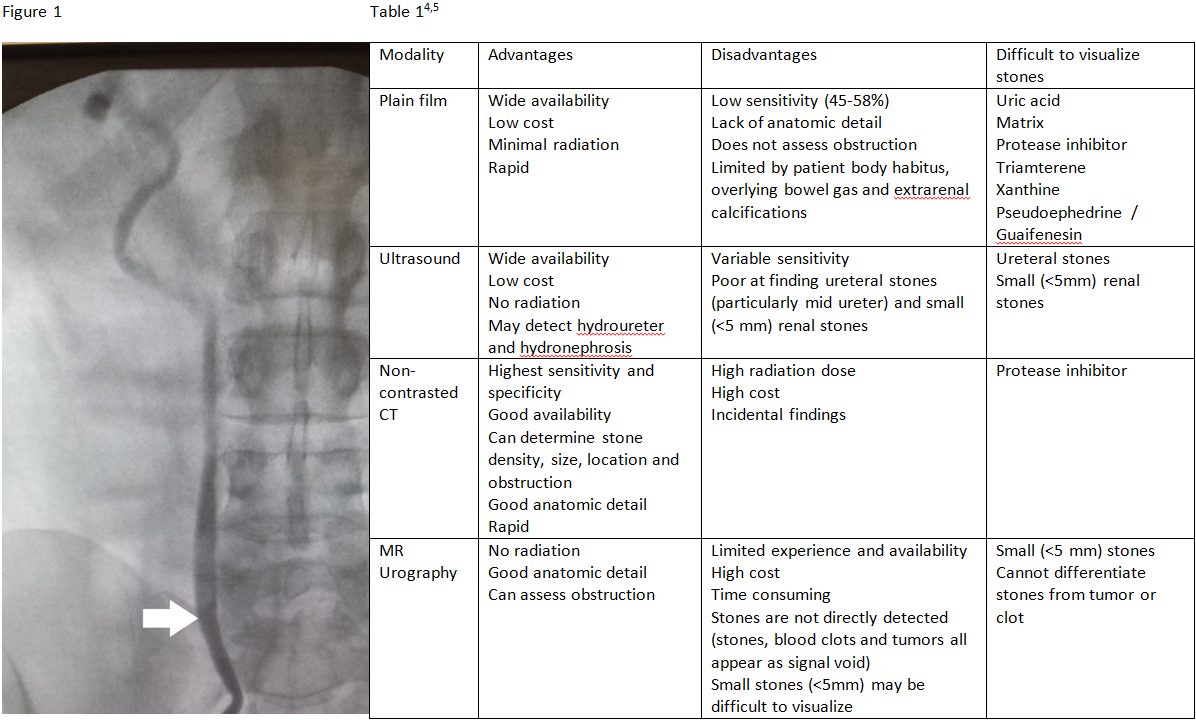