Oil’s Not Well: An Unusual Case of Recurrent Skin Cancer

A 30-year-old Caucasian man presented with a verrucose mass growing in the palm of his left hand. A biopsy revealed squamous cell carcinoma (SCC). The mass was resected completely, but a year later it had regrown to the size of a golf ball. The patient presented to the ED with swelling and pain in left hand; physical exam revealed a fetid-smelling, cauliflower-like mass of the left hand, with edema, erythema and tenderness. MRI and ESR were non-concerning for osteomyelitis. The patient started oral antibiotics for cellulitis and followed up as an outpatient.

Further history revealed the patient had been an oil rig worker prior to the SCC diagnosis. He rarely used personal protection equipment, such as gloves, and suffered daily skin contact with crude oil.

Crude oil consists of a mixture of hydrocarbons and various known carcinogens, including arsenic, benzene, chromium, and mercury.[1] The carcinogenicity of polycyclic aromatic hydrocarbons, such as those found in crude oil, was among the earliest work-related health hazards identified: Sir Percival Potts observed an association between scrotal cancers and soot exposures among chimney sweeps in London in 1775.[2]

The incidence of squamous cell carcinoma (SCC) in non-Hispanic men in the U.S. is estimated to be as high as 360 per 100,000 individuals.[3] SCC is also the skin cancer most associated with occupational exposures, such as ultraviolet light; polycyclic aromatic hydrocarbons such as shale oil; metals such as arsenic; and ionizing radiation. Though this patient had a known occupational exposure, less than 5% of chemicals manufactured or processed in the US have been tested for carcinogenicity in animal bioassays. An estimated 4-10% of US cancers are caused by occupational exposures.

When taking a history from a patient, it is important to include occupational history, and recognize and counsel patients on SCC risk factors. 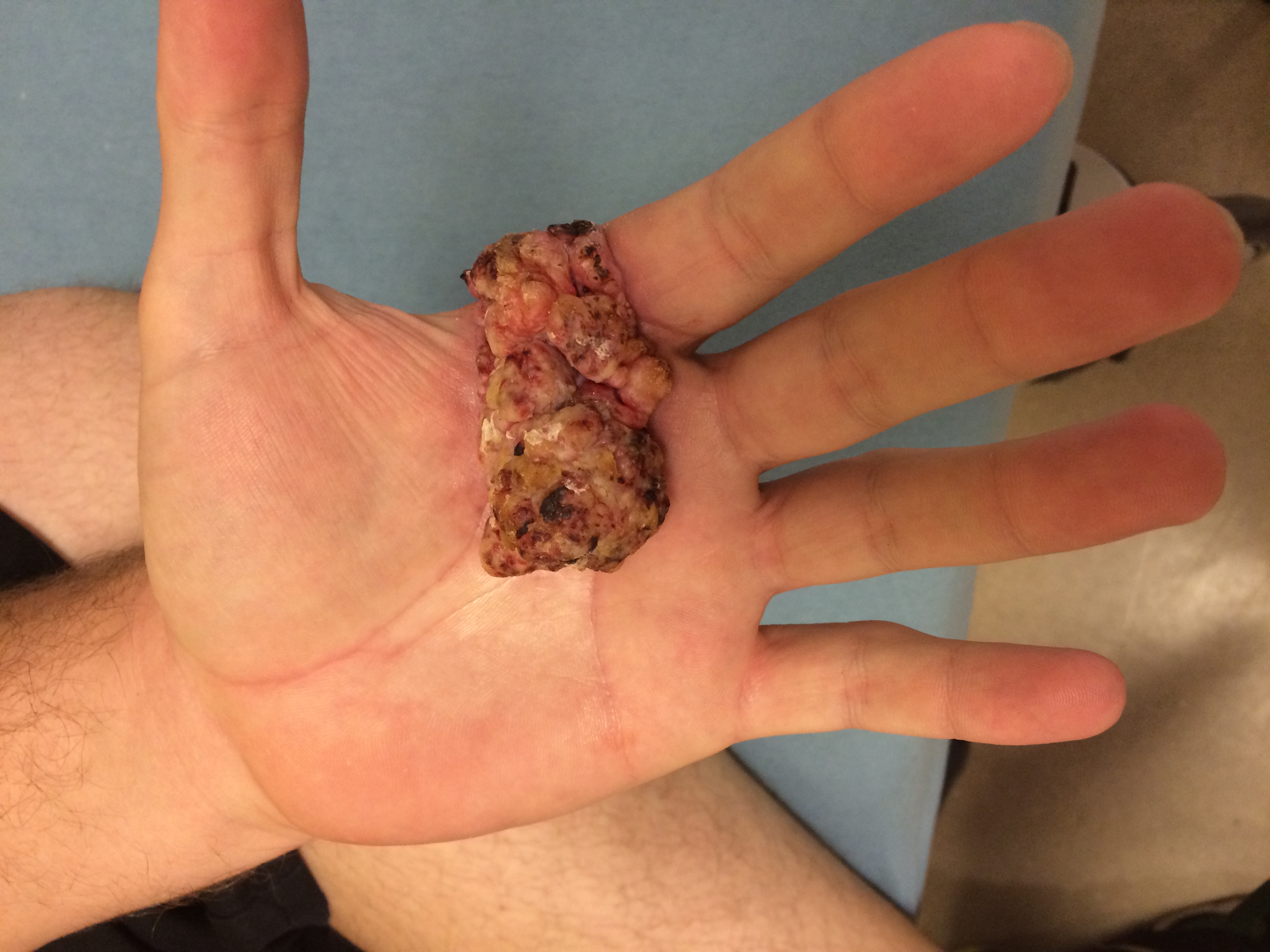 Oil’s Not Well: An Unusual Case of Recurrent Skin Cancer.