A 47-year-old woman presented with abdominal pain, diarrhea, hematochezia, and fever. Medical history consisted of a previous episode of diverticulitis and a right partial nephrectomy due to Renal Cell Carcinoma. On physical examination, she was found to be tachycardic and diffusely tender on abdominal palpation with hyperactive bowel sounds.

An initial CT scan of the abdomen and pelvis with contrast showed evidence of thickening of the right colon consistent with colitis. Intravenous ciprofloxacin and metronidazole were started. Within 24 hours, stool PCR tested positive for Clostridium difficile and ciprofloxacin was discontinued. After 48 hours she developed severe abdominal pain and diarrhea. A repeat CT demonstrated worsening pancolitis. Metronidazole was discontinued and oral vancomycin was started. Later, she developed acute kidney injury, evidenced by decreased urine output and rapidly increasing creatinine. Due to decline of kidney function, renal replacement therapy was initiated. New onset anemia with peripheral blood smear and liver function tests were compatible with active hemolysis. Plasmapheresis was started and a diagnosis of Thrombotic Thrombocytopenic Purpura-Hemolytic Uremic syndrome (TTP-HUS) was established.

ADAMTS13 activity was reported to be 77%. Plasmapheresis and hemodialysis were discontinued after stabilization of platelet count and renal function.

It is characterized by small-vessel platelet-rich thrombi that cause thrombocytopenia, microangiopathic hemolytic anemia, and sometimes organ damage. It can be seen in the spectrum of severe colitis involving usually Enterotoxigenic E. coli and other Gram Negative organisms.

Few cases have been reported in the literature describing association between Clostridium difficile  and TTP-HUS, which could represent a medical emergency that is almost always fatal if appropriate treatment is not initiated promptly.

This case evidenced a very unusual and complicated scenario of Clostridium difficile colitis that has been rarely described.  The rapid worsening and deterioration of this patient illustrates the fatality of this clinical entity, especially if not diagnosed promptly.

The pathophysiology has not been established, but an association could exist between a susceptible individual with kidney disease and severe Clostridium difficile infection with TTP-HUS, as two other cases have been described in patients with kidney disorders. It is important to raise awareness of the correlation between Clostridium difficile colitis and TTP-HUS, especially for providers taking care of patients in the hospital setting. 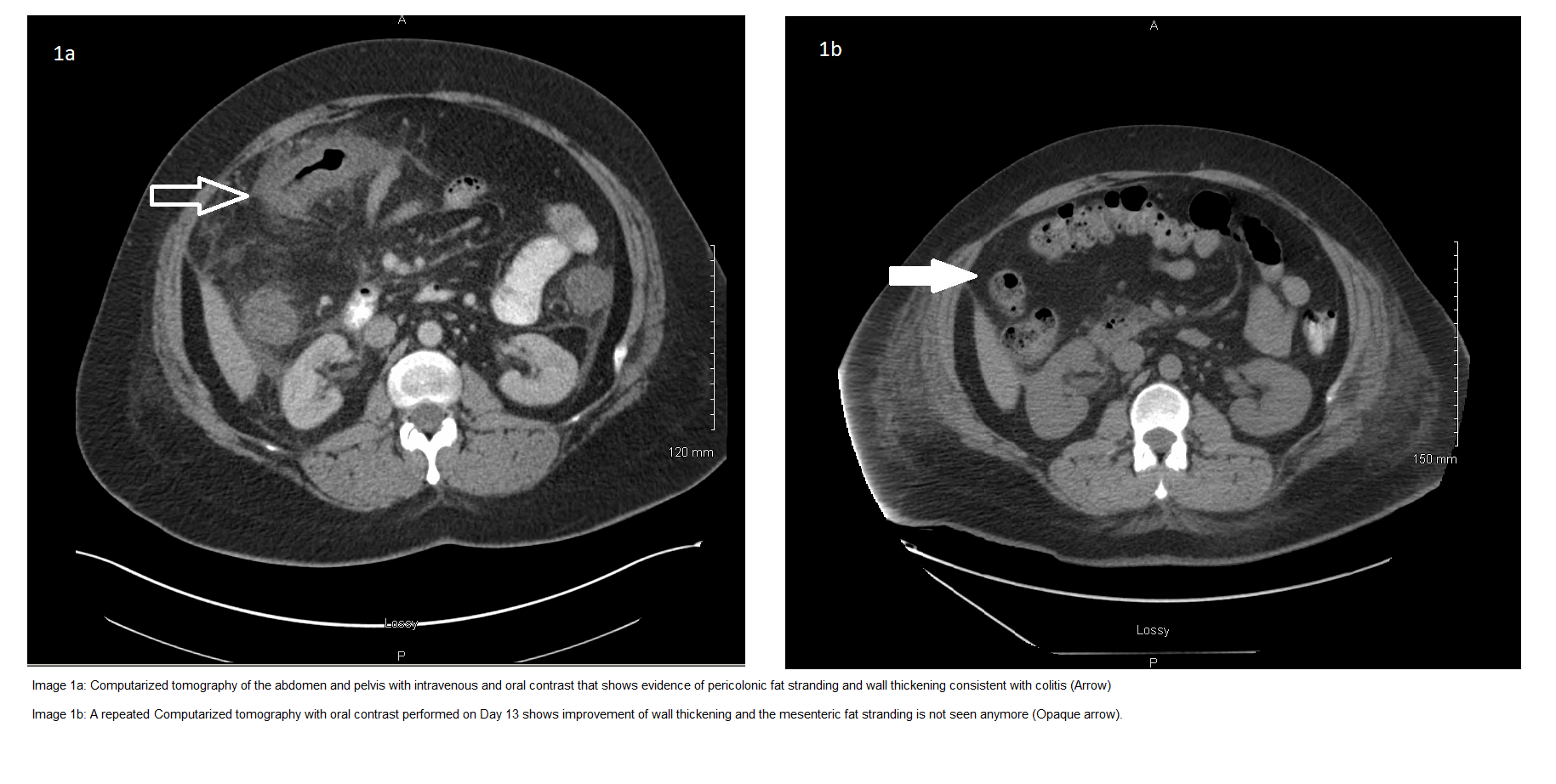