Background: Hospitalists often care for patients with serious illness and commonly review and discuss advance care planning (ACP). Documented ACP conversations can be difficult to access in the electronic health record (EHR) due to the lack of a centralized location for ACP documentation and individual clinician practice variation leading to ACP documentation existing in multiple separate locations.

Purpose: To improve rates of “accessible ACP documentation” in patients discharged from a hospital medicine service by utilizing a centralized location in the EHR for ACP documentation and a novel EHR-based tool.

Description: In 2016, our institution adopted Epic’s ACP Navigator, a centralized repository for ACP-related activities such as a history of code status orders, emergency contacts, scanned advance directives (ADs) and Physician Orders for Life-Sustaining Treatment (POLSTs), and ACP notes written within the Navigator. However, the Navigator went largely unused. A gap analysis was performed and revealed (1) the workflow required multiple steps and clicks to reach the Navigator, (2) hospitalists were unaware of available EHR tools, (3) hospitalists received no feedback on rates of ACP documentation.In 2018, Epic developed “bookend” functionality, enabling text designated with “bookends” to be viewed in another area of the EHR. Using “bookend functionality”, we built a novel EHR tool that enabled workflow-congruent ACP documentation, allowing providers to type “.ACP” to launch a standardized ACP note template within any note (Figure 1). Upon signing the note, completed ACP documentation was visible within the “ACP notes” section of the ACP Navigator, along with previous entries. This functionality allowed ACP documentation to populate the ACP Navigator without requiring Navigator entry or a separate note. The .ACP tool and Navigator were accessible in both inpatient and outpatient encounters, enabling visibility of ACP documentation across the care continuum. The .ACP tool became available in February 2019. Providers could also document ACP conversations in a specific note called an “Advance Care Planning” note, if preferred; these were also visible in the ACP Navigator without requiring Navigator entry. The EHR patient header was configured to display whether the patient had ACP notes in the Navigator, which could then be accessed with a single click. In July 2019, a publicity campaign was begun and feedback on performance was provided to teams monthly. We defined “Accessible ACP documentation” as the presence of one of the following added to the ACP Navigator during the hospital encounter: use of .ACP in any signed note, a signed ACP note, or a scanned AD or POLST. The target population was patients discharged from the hospital medicine service with age > 75 on admission or with ICD-10 codes recognized as markers of advanced illness. We measured rates of accessible ACP documentation monthly using an EHR report (Figure 2). Rates increased from a baseline of 139/982 (14.2%) discharges in the quarter prior to the intervention to 556/1103 (50.4%) in the most recent quarter (p<0.001). Hospitalists reported that the ACP Navigator and .ACP tool improved retrieval of ACP documentation from the EHR. 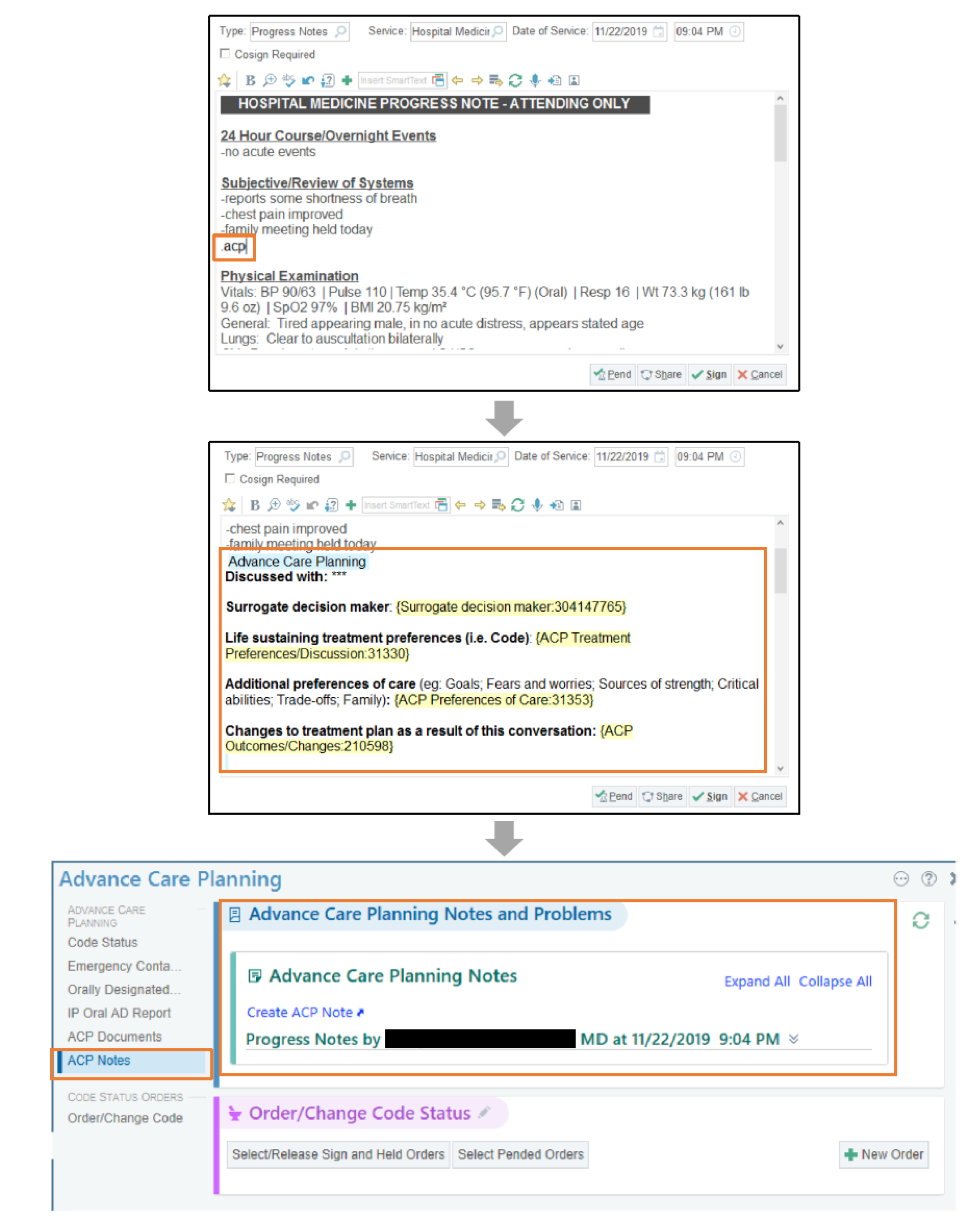 IMAGE 2: Figure 2: Increase in “accessible ACP documentation” driven by launch of .ACP tool use in February 2019. 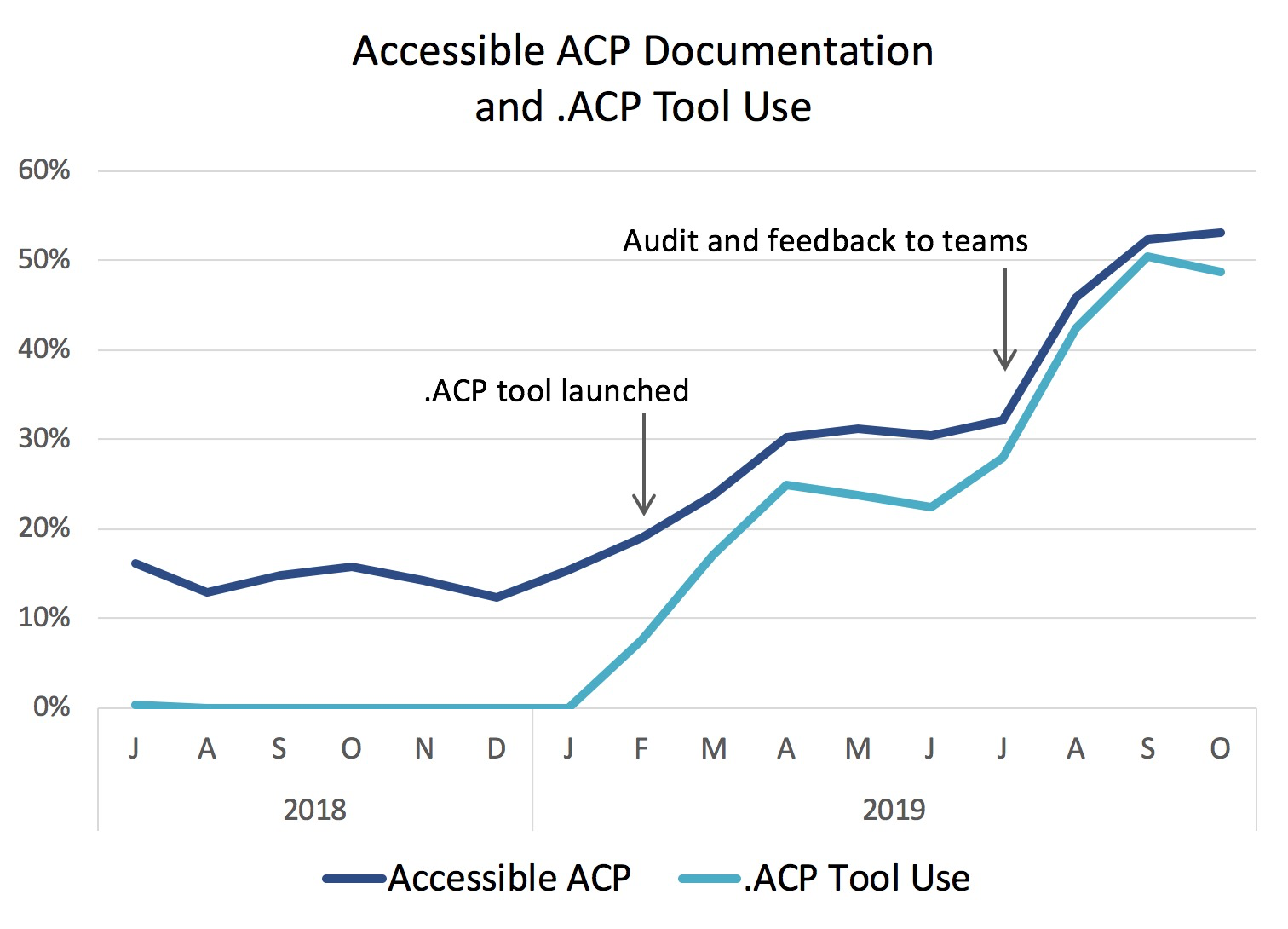