DECEIVING OPTICS OF A DISTORTED VISION: A RARE LOOK INTO HEIDENHAIN VARIANT OF CREUTZFELD-JAKOB DISEASE

Case Presentation: A 74-year-old fully independent man with diabetes mellitus and hypertension developed wavy, vertical double vision which was worse in the right eye and with reading. On outpatient evaluation, he was diagnosed with metamorphopsia and palinopsia. Four weeks later, he was admitted with headache, unsteady gait, dysphagia, and visual distortion. On exam, he was well-appearing, alert, and oriented. Visual acuity was 20/200 in the left eye and 20/100 in the right. Gait was narrow based and slightly unsteady. The Romberg test was positive. The remainder of the exam was normal. Laboratory data and chest film were normal. Computerized axial tomography of the head showed mild atrophy and small vessel disease. Magnetic Resonance Imaging (MRI) revealed cortical restricted diffusion involving the high right parietal lobe and the bilateral posterior parieto-occipital lobes (Figure 1). Continuous electroencephalogram (EEG) showed mild diffuse background slowing. A lumbar puncture was done and serologies, Gram stain, encephalitis panel, tau, and 14-3-3 proteins were requested. The patient was discharged home pending results of inpatient work-up.The patient was readmitted three weeks later with worsening gait, falls, decreased oral intake, and weakness. He was alert and oriented, but confabulating. He was able to follow commands, but he had poor memory, attention, and worsening visual acuity. He was laughing inappropriately and visually hallucinating about hanging ropes and wires. He stated he was kidnapped in Mexico. On day four, the patient was staring into space and unable to sit up. He stopped eating and speaking. On day eight, he needed a catheter for urinary retention. Thereafter, he became bed-bound with periodic myoclonus. The 14-3-3 protein in the cerebrospinal fluid (CSF) was positive. He was diagnosed with the Heidenhain variant of Creutzfeldt-Jakob disease (CJD) and discharged to hospice. He passed away within three months of symptom onset.

Discussion: Human prion disorders are caused by the aggregation of misfolded prion protein in neurons. They include CJD, the inherited human prion diseases, and Kuru. CJD is sporadic in 85% of cases while the inherited and acquired {iatrogenic CJD or variant (exposure to cows)} account for the remainder. The diagnostic criteria of CJD include possible (clinical presentation), probable (clinical presentation, protein 14-3-3, MRI, and EEG findings) and definite (confirmed neuropathologically). The estimated annual incidence of CJD worldwide is 1:1 million and the number of deaths is trending up. In recent years, CJD accounts for 400-500 deaths annually in the US (Figure 2).We report the case of a 74-year-old man with visual changes, deficit of attention, labile affect, and bulbar, motor, and autonomic dysfunction. Given his symptoms, rapid deterioration, characteristic MRI findings, and presence of spinal protein 14-3-3, we diagnosed him with probable Heidenhain variant of sporadic CJD, which is estimated to occur from 1:5 to 1:25 million.

Conclusions: Creutzfeldt–Jakob disease is a rare neurodegenerative disorder always leading to rapid decline and death within 1 year. Rising incidence may be due to an aging population, diagnostic improvements, and increased awareness and surveillance. Hospitalists should consider it in patients with rapidly progressing dementia and use MRI, EEG, and CSF data to establish the diagnosis. Prompt inclusion of palliative care services upon diagnosis will minimize burden to patients and optimize their quality of life. 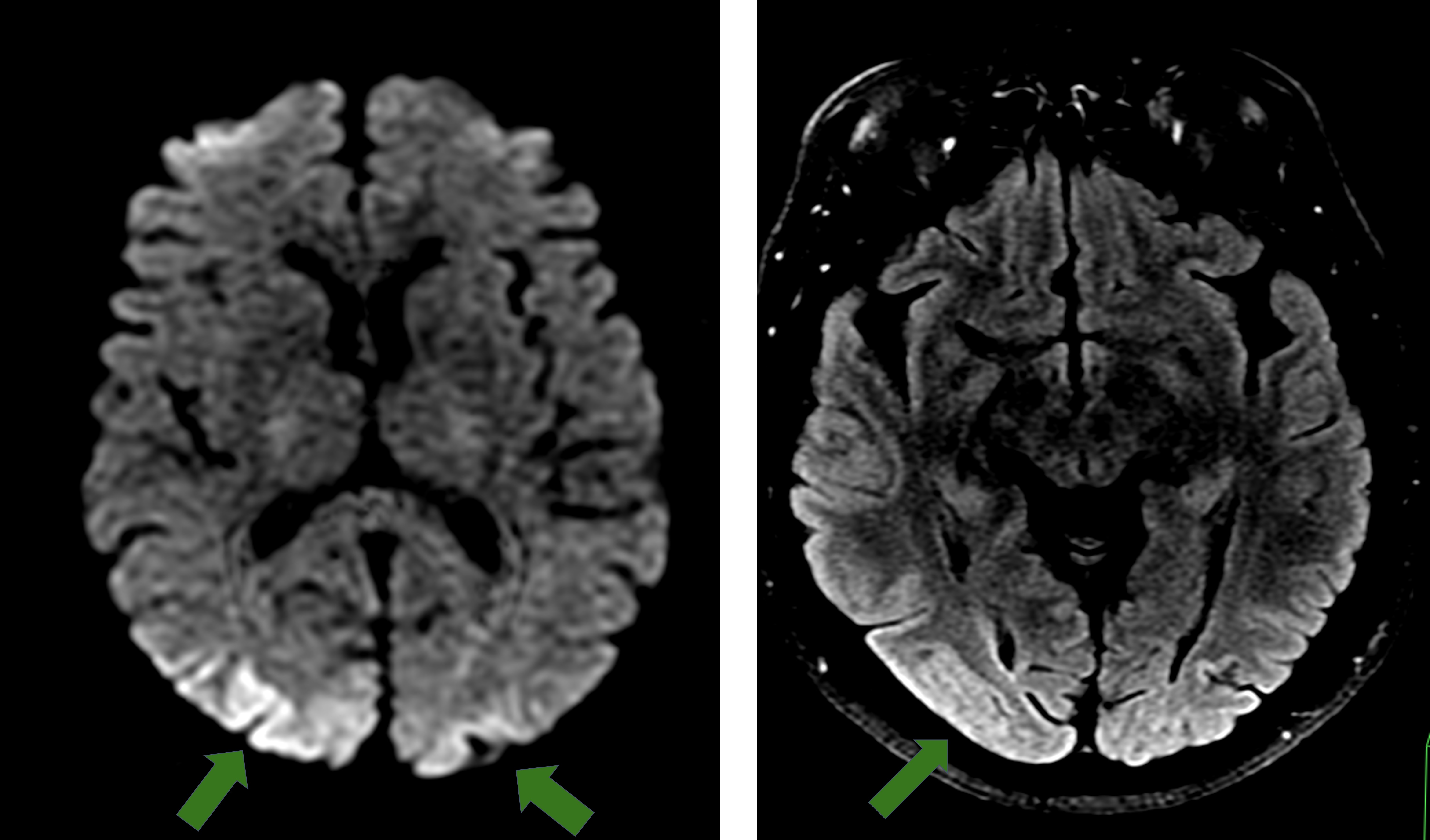 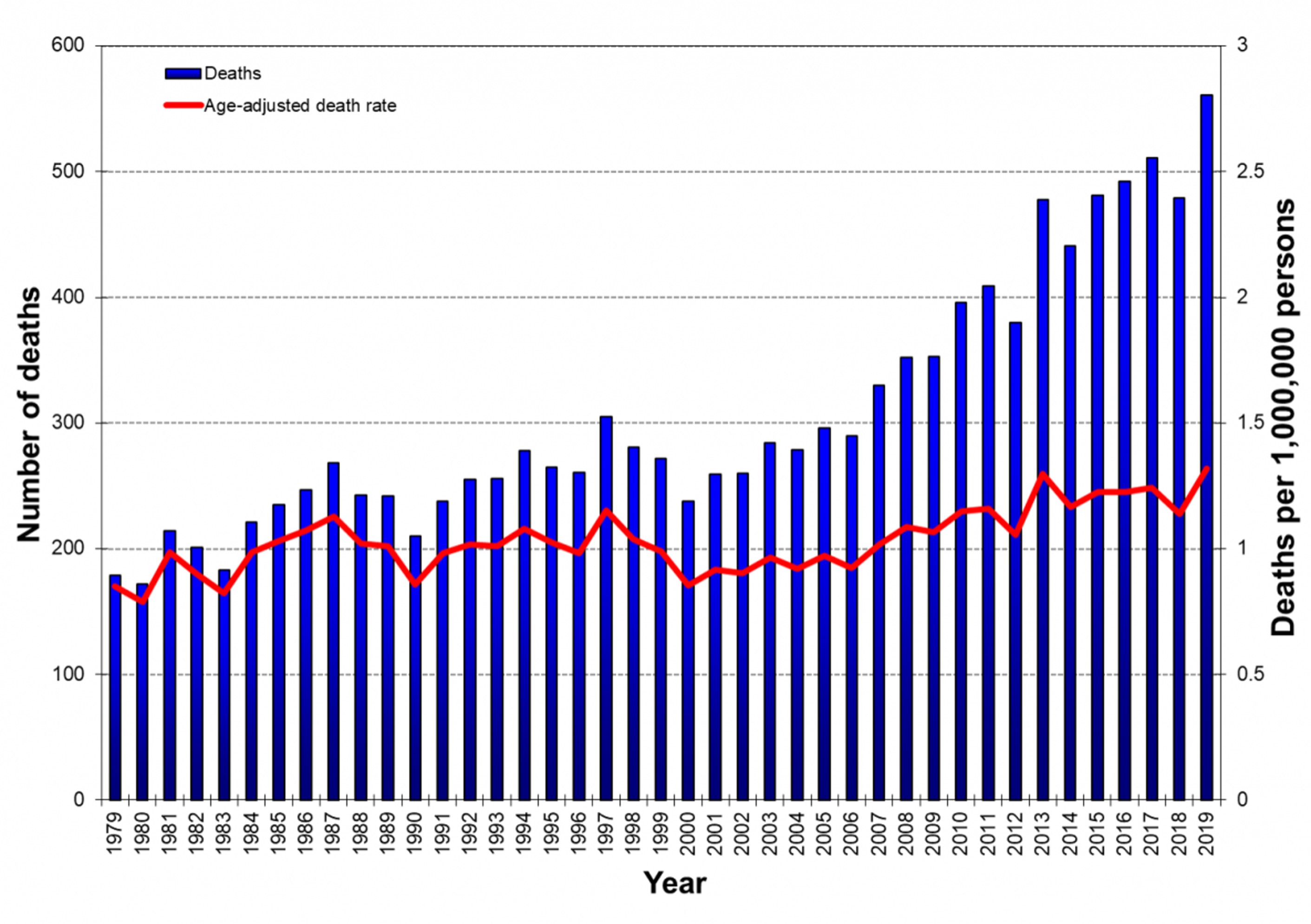 DECEIVING OPTICS OF A DISTORTED VISION: A RARE LOOK INTO HEIDENHAIN VARIANT OF CREUTZFELD-JAKOB DISEASE.