Results: Chief complaints and diagnoses in the 17,434 initial H&Ps of patients with discharge diagnosis of sepsis (ICD10) were analyzed. Regarding chief complaints: respiratory failure was the most commonly documented for Black and White patients (Figure 1), however, sepsis was listed as the #3 (16.7%) and #2 (15.4%) top chief complaint among Black and White patients, respectively (p=0.103). Interestingly, chief complaints that may be difficult to quantify, such as altered mental status (p< 0.001), lethargy (p=0.004) and confusion (p=0.020), were more commonly reported in Black versus White patients. Among text in the Assessment & Plan section of the H&P note, sepsis was documented significantly less frequently among Black versus White patients: 11.8% versus 14.3%, p=0.001. In terms of other variables, Black (compared to White) patients had significantly higher systolic blood pressure values (125 mmHg versus 119 mmHg, p value = 0.032) and faster heart rates (94 versus 90 beats per minute, p= 0.046), however, no racial differences were observed in terms of other study variables.

Conclusions: These preliminary data support the hypothesis that there may be racial differences in not only early sepsis presentation but also provider interpretation of these complaints, especially regarding less quantifiable issues such as altered mental status. This may lead to delays in adequate care and may explain some of the noted disparities in sepsis outcomes. Future work should focus on other parts of clinical notes and clinical note contexts (e.g. emergency department versus ICU, and physician versus nursing notes) to fully understand these differences. Subsequently, linking these differences to potential differences in care will be crucial. 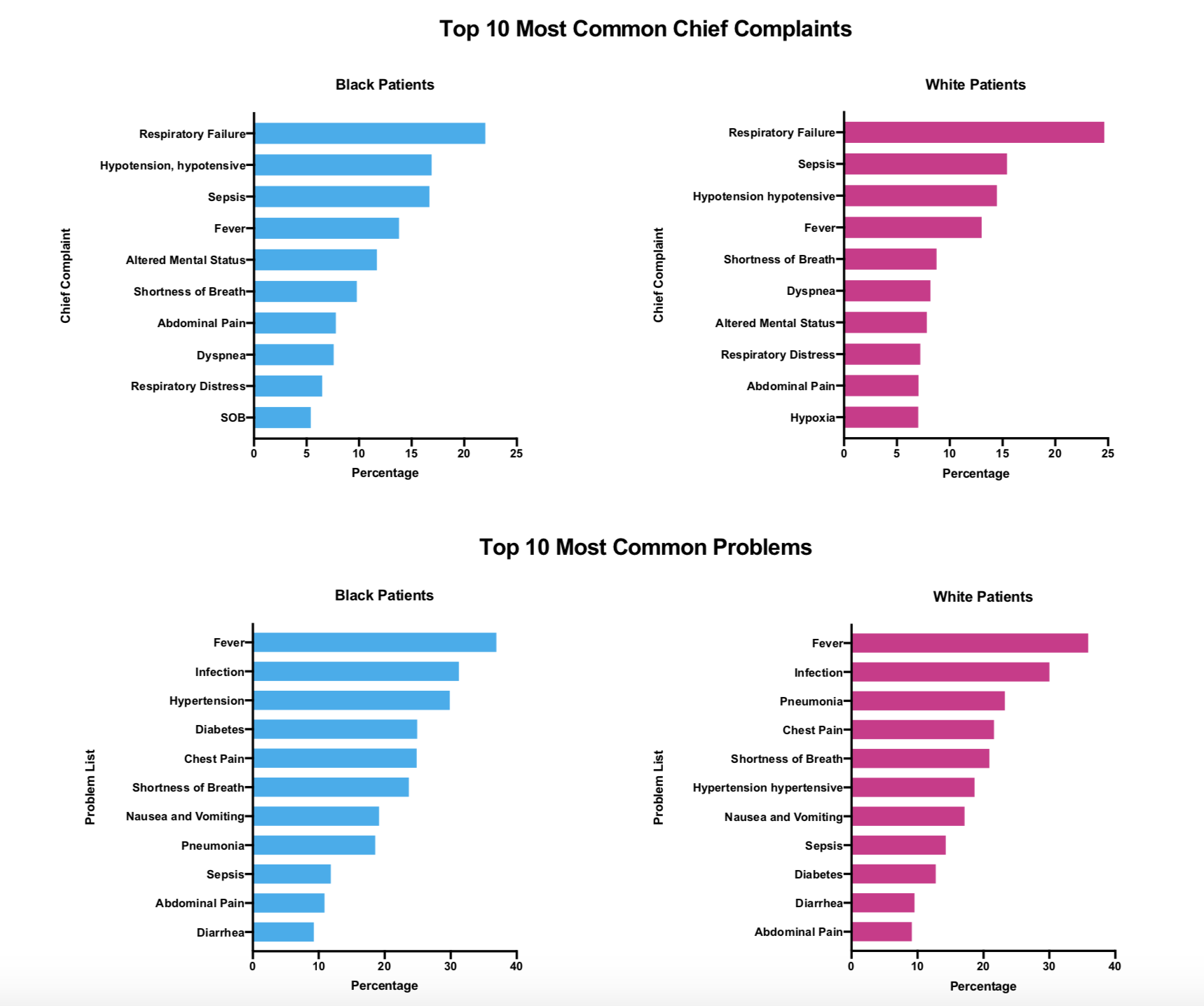 DISPARITIES AMONG CHIEF COMPLAINTS AND DIAGNOSES BETWEEN BLACK AND WHITE SEPSIS PATIENTS IN THE ICU.