NO ASSOCIATION BETWEEN CAFFEINE CONSUMPTION AND HEMOGLOBIN A1C (HBA1C) AMONG ADULTS WITH DIABETES IN THE UNITED STATED (U.S.) POPULATION

Background: Coffee is a widely consumed beverage. Evidence suggests that coffee consumption is associated with a substantially lower risk of type 2 diabetes (1). However, there is paucity of literature on whether coffee consumption has any protective effect on people who already have diabetes. We sought to examine the association between caffeine consumption and hemoglobin A1c (HbA1c) among adults with diabetes in US population.

Results: There were total 1,645 adults with diabetes with complete caffeine intake and HbA1c representing a population of 17,096,238 (weighted for national estimate). The average caffeine intake was 1.83 (SE 0.06) cups of coffee. The average HbA1c was 7.31% (SE 0.05%). HbA1c (< 8 vs. 8+ percent) varied significantly with age, smoking status, calories and fat intake, and use of diabetes medications (Table 1). Caffeine intake (< 1 vs. 1+ coffee cups) varied significantly with age, gender, race, IPR, insurance status, education, smoking status, calories, fat, and magnesium intake. Caffeine was not a significant predictor of HbA1c in both univariate and multivariable linear regression analyses. The estimated change in HbA1c was -0.008 (SE 0.03) percent for every increasing 1 cup of coffee (p = 0.79) after adjusting for all other variables (Table 2).

IMAGE 1: Table 1. Demographics of the adults with diabetes included in the study from NHANES 2009-2014. Total number/sum in each category may not equal to 1,645 due to missing variables. 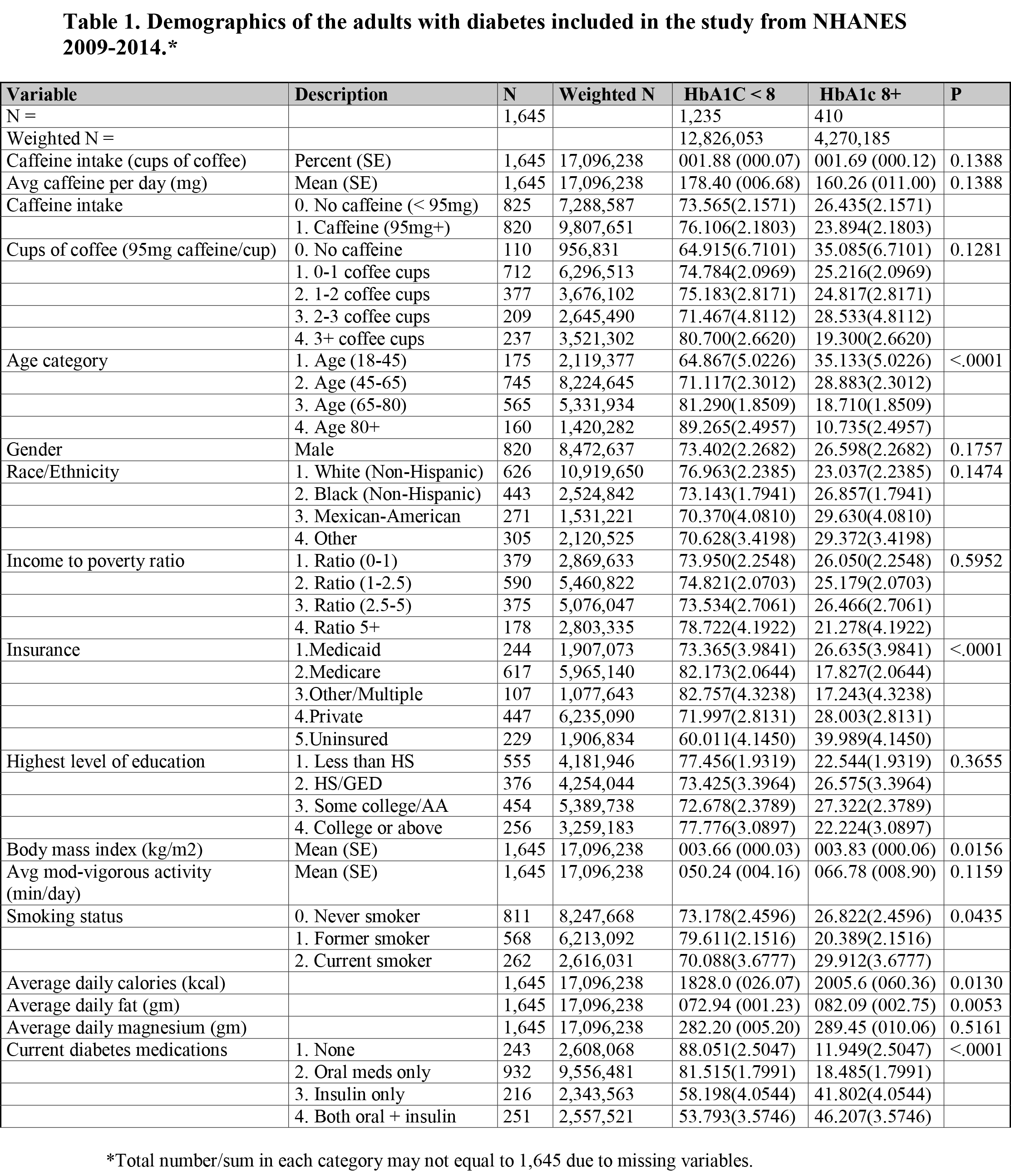 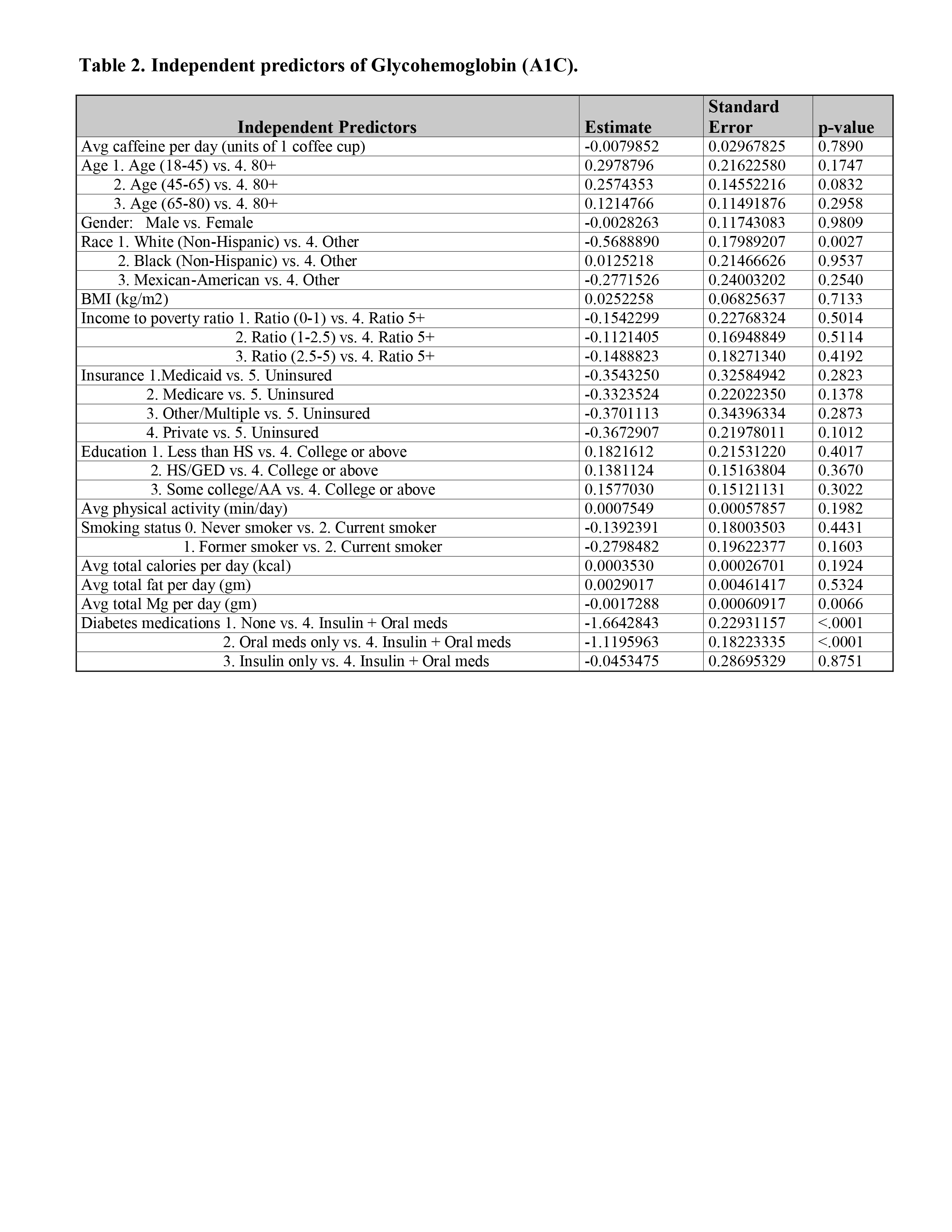 NO ASSOCIATION BETWEEN CAFFEINE CONSUMPTION AND HEMOGLOBIN A1C (HBA1C) AMONG ADULTS WITH DIABETES IN THE UNITED STATED (U.S.) POPULATION.