Case Presentation: A 65 year old African American male with a past medical history of non-obstructive CAD and chronic hepatitis C with cirrhosis presented to the emergency room with one episode of hematochezia.  Vital signs on presentation were significant for BP 104/61 and HR 103. A digital rectal exam revealed bright red blood. Labs were significant for Hemoglobin 6.9 g/dL (Baseline 13.0 g/dL) and white blood cell count of 13.3 K/uL with 4% bands. He denied anal intercourse and HIV serology testing proved to be negative. A colonoscopy revealed a large ulceration in the cecum which was subsequently clipped and biopsied.  Pathology revealed colonic mucosa and inflammatory granulation tissue from ulcer with cytomegalovirus (CMV) inclusions.  No evidence of neoplasm was seen. The patient was subsequently treated for CMV colitis with Valgancyclovir 900mg PO Q12H for 3 weeks and had an uneventful recovery without further evidence of relapse.

Discussion: Cytomegalovirus is commonly seen in immunodeficient hosts such as in transplant recipients, malignancy, AIDS or chemotherapy.  In contrast, it rarely causes any significant symptoms in immunocompetent patients.  However, the virus can persist in the host and may reactivate later in life under circumstances of immune dysfunction. CMV establishes latent infection after resolution of acute infection.  Thus, symptomatic disease may present later in life and is caused by reactivation of latent CMV or reinfection with a novel strain. Reactivation may occur at any time; although risk is the highest in the setting of systemic immunosuppression.  The majority of CMV related disease in immunocompentent hosts is related to primary infection.  Disease localized to a single organ has been described in immunocompetent hosts.  However, these cases are rare and limited to case reports. Gastrointestinal involvement with CMV is uncommon in immunocompetent hosts but can cause significant morbidity and mortality.  In one review of 15 cases of CMV colitis among immunocompetent patients; diarrhea, fever and abdominal pain were common presenting symptoms. However, profuse gastrointestinal hemorrhage was only present in 2 patients.

For gastrointestinal disease, plasma or whole blood CMV DNA load tests are sometimes negative, so the diagnosis relies upon culture and histopathology of a tissue biopsy.  Diagnosis is based on the presence of inclusion bodies which are typically basophilic intranuclear inclusions. The diagnosis of CMV in tissue sections can be confirmed with immunohistochemical staining.Most cases of primary CMV infection in immunocompetent hosts are associated with minimal or no symptoms. Thus, antiviral therapy is not usually indicated. Several case reports have documented successful therapy in patients with organ-specific complications of CMV with the use of ganciclovir, valganciclovir and foscarnet. However, there are also case reports of CMV disease in immunocompetent patients that recover without intervention. Thus, it is difficult to prove whether or not antiviral therapy has a significant impact on the clinical outcome. In this population, the severity and potential morbidity of CMV disease must be balanced against the risk of medication toxicity in deciding whether or not to use antivirals in an individual immunocompetent patient. 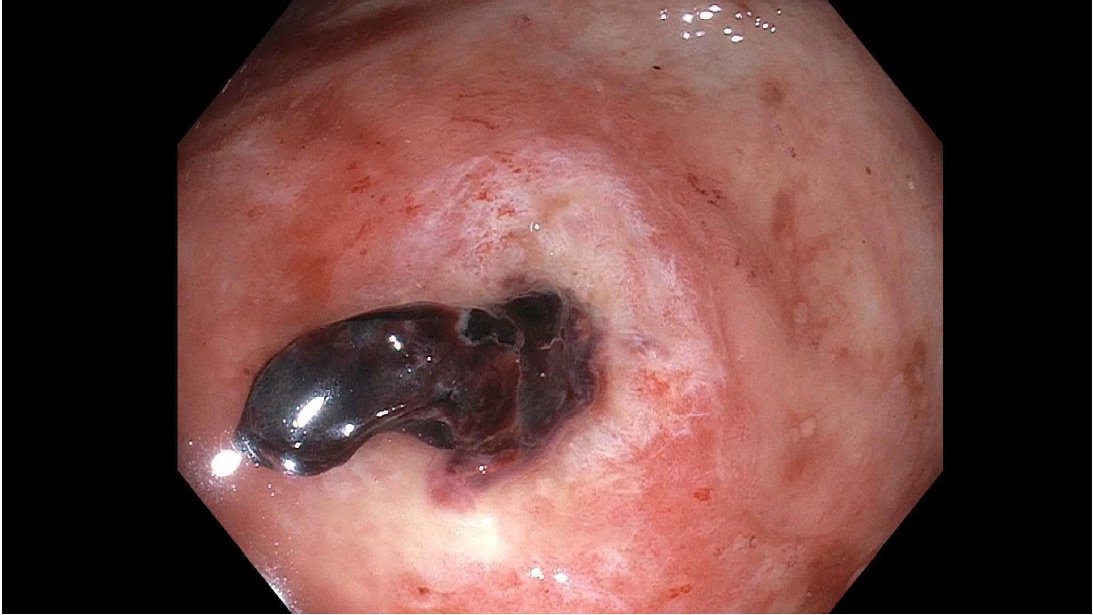 A Case of GI Bleed Due to Cmv Colitis in an Immunocompetent Patient.