A DRUG RASH CAUSED BY A CARDIOVASCULAR IMPLANTABLE ELECTRONIC DEVICE

Case Presentation: A 60-year-old female with history of a hip replacement complicated with MRSA s/p multiple revisions and sick sinus syndrome with pacer placed in 2004, presented to the ED with an “itchy rash most tender at the pacemaker site” where a cardiovascular implantable electronic device (CIED) within a TYRx envelope was placed two days prior. The patient denied any fever or chills, and the rash appeared without associated drainage or wound dehiscence of the suture site. On exam, there was a blanchable, erythematous, maculopapular rash with associated mild tenderness around the site of CIED placement.
The patient was admitted, and blood cultures were obtained along with MRSA surveillance. Labs were: WBC 11,000 uL (77% PMNs and 10% eosinophils), Hgb 10.9 g/dL, Hct 33.3%, Plts 150,000 uL and creatinine 0.70 mg/dL. LFTs were within normal limits.

Over the next few hours the rash subsequently started to spread all over her trunk, back, extremities, central face and hands, but the mucous membranes were spared. At this point, she was started on systemic steroids and antihistamines. The rash ensued over the next 7 days until it finally ended in self-limited skin desquamation. Through her hospital course she remained clear of infection with blood cultures showing no growth for five days.

The patient followed up with cardiology twenty days after discharge for a wound check following a generator change, who noted the rash had completely resolved.

Discussion: CIEDs are known to become infected with a variety of microbial organisms. In an effort to curb CIED infection, providers have started to use an FDA approved antibacterial envelope called, TYRx envelope (AIGISRX, TYRx, Inc. Monmouth Junction, NJ, USA). The TYRx envelope is a polypropylene mesh pocket (imbibed with minocycline and rifampin) encasing the implanted CIED. Ultimately, because of the timing and site of the rash the patient experienced, the rash was felt to be a drug rash related to the minocycline or rifampin in the absorbable TYRx envelope placed around her CEID.

Conclusions: While CIEDs are known to cause infections, there is limited data on hypersensitivity reactions associated with them. It is important for hospitalists to be aware that CIEDs are being encased with antibiotic envelopes, which can cause possible hypersensitivity reactions, including drug rashes. In addition, the reaction will be present until the antibiotic envelope is fully absorbed, which may take several days, and severe reactions may necessitate removal of the CIED. 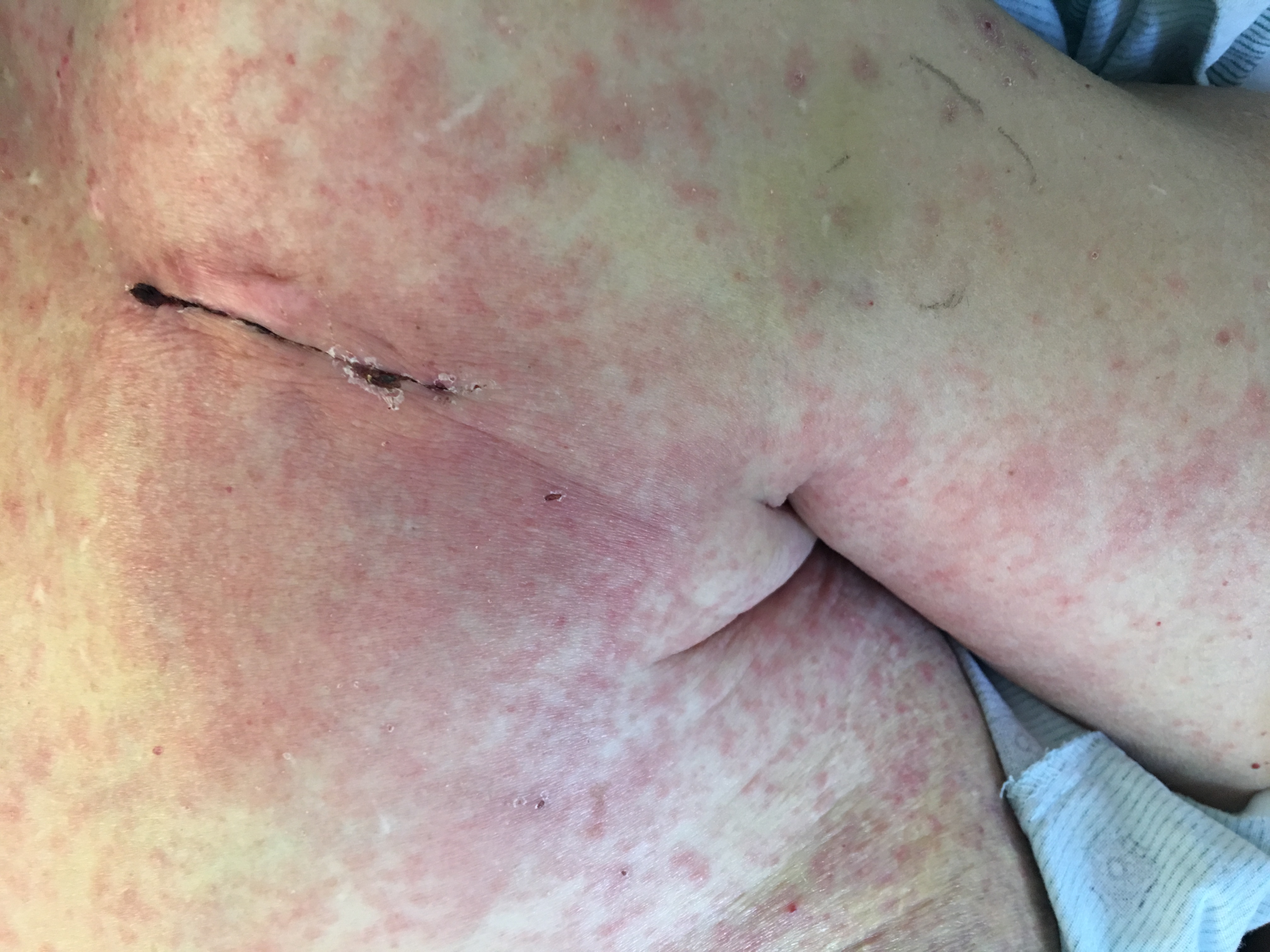 A DRUG RASH CAUSED BY A CARDIOVASCULAR IMPLANTABLE ELECTRONIC DEVICE.