Case Presentation: A 23 year old man with type 2 autoimmune pancreatitis (AIP) based on suggestive pancreatic biopsy presented with abdominal pain, nausea, and vomiting. Based on his AIP diagnosis, he had previously received courses of steroids and azathioprine, celiac plexus block, minor papilla sphincterotomy, and pancreatic duct stent placement, but these were all ineffective. Vital signs on admission were: T 36.7, HR 102, RR 24, BP 152/92 SpO2: 99% RA, 71.9 kg. On physical exam, he notably had hyperactive bowel sounds and pain to palpation in the epigastric area. The only abnormal labs on admission were a serum bicarbonate 18, AST 101, lactate 5.9, serum ethanol 23 mg/dL. The patient adamantly denied drinking ethanol. His ethanol level was still elevated when rechecked much later in admission, and so we started workup for auto-brewery syndrome. Gastroenterology (GI) recommended a “Coca-Cola challenge” where the patient consumed a 12 oz can of Coca-Cola, and his blood alcohol level (BAL) was measured serially at 1, 2, and 3 hours after consumption. Our patient’s results were 155, 184, and 214 mg/dL respectively. Given his positive test and previous non-definitive biopsy results, auto-brewery syndrome was felt to be the more likely etiology of his pancreatitis.His diagnosis occurred ~3-4 weeks into his hospitalization. At the time (12/2020), there were no patient visitations unless it was for end of life care because of COVID. Therefore, he did not receive any alcoholic beverages from the outside, and he would likely have finished any alcohol that he managed to hide on his person from admission. The patient’s diet was changed to high protein, low carbohydrate. He was started on empiric fluconazole, but without significant improvement after several weeks. An EGD was performed; while no yeast was found (possibly due to fluconazole), Klebsiella pneumonia and oral Streptococcus species grew. Infectious Diseases (ID) recommend continued fluconazole, but later recommended empiric neomycin after no improvement in 3 weeks.

Discussion: Auto-brewery syndrome is a condition endogenous ethanol production by pathogenic fungi or bacteria in the GI tract. It is thought to be caused by a gut dysbiosis exacerbated by consumption of a high-sugar, high-carbohydrate diet.(1) In our patient, the carbohydrate load from a drink or side dish produced the equivalent of 8-10 alcoholic servings (See “BAL and number of drinks.jpg”). Behavioral, cognitive, and psychomotor changes can occur at BAL of 0.02–0.04 g/dL. Incoordination, tremor, ataxia, diplopia, confusion, coma, and even death can occur with higher BALs.(3) Auto-brewery syndrome is seen more frequently in diabetes, obesity, and Crohn’s disease,(4, 5) but can also occur in normal patients.(6)While uncommon, most case reports recommend azole therapy since fungi are largely felt to be responsible. However, Klebsiella pneumoniae has also been shown to cause high quantities of ethanol endogenously.(7) Besides azoles, case reports have reported use of micafungin and fecal transplant in the management of auto-brewery syndrome.(8,9)

Conclusions: Auto-brewery syndrome can cause high levels of ethanol which can lead to toxicity including pancreatitis. While auto-brewery syndrome is typically associated with fungi, we believe this case represents acute on chronic pancreatitis due to Klebsiella. Clinicians should consider this diagnosis in patients with chronic pancreatitis thought to be due to alcoholism, but when the patient denies ongoing alcohol consumption

IMAGE 1: BAL and number of drinks 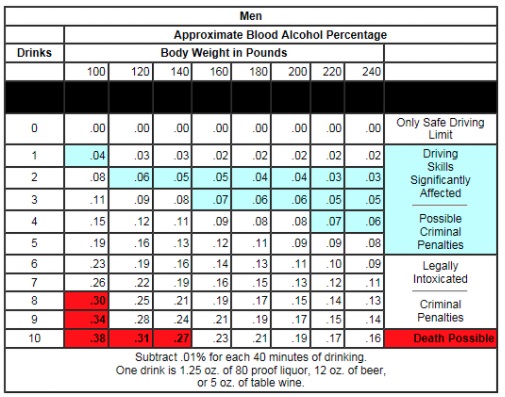