Case Presentation: A 70-year-old male with past medical history of hypertension and atrial fibrillation, recently admitted for right calcaneal osteomyelitis complicated by vancomycin-resistant MRSA bacteremia, was discharged to a rehabilitation facility to complete a course of ceftaroline and daptomycin for 6 weeks duration. He presented to the emergency room about 3 weeks later with skin rash, tongue swelling and dysphagia. At presentation, he was hypotensive and in moderate pain, but had no respiratory distress. Examination revealed oral mucositis and sloughing, diffuse erythroderma and sloughing involving his bilateral arms, part of the trunk, genital area and parts of the inner thigh. Nikolsky’s sign was negative and there were no target lesions. The skin involvement was less than 10% body surface area (BSA). Laboratory exam was pertinent for neutropenia with WBC 1.16, hemoglobin 8 mg/dl, and no eosinophilia. His last CBC in the previous month was normal. BUN was 43 mg/dL, bicarbonate was 15 mg/dL, glucose 88 mg/dL and the rest of the electrolytes were normal. He tested negative for HIV and had no known history of any malignancy. Chest X-ray was normal. A presumptive diagnosis of Steven Johnson Syndrome (SJS) was made, with a calculated SCORTEN score of 3. The patient was resuscitated with IV fluids and admitted to the intensive care unit for supportive management. Ceftaroline and daptomycin were discontinued as possible culprits; he was started on telavancin for treatment of MRSA bacteremia and aztreonam for broad-spectrum coverage in the setting of neutropenia. In the ICU, skin desquamation was improving and his WBC normalized. He received wound care, nutritional support and pain control. Skin biopsy taken from his chest confirmed SJS.

Discussion: In this case, the patient was on two antibiotics concomitantly. We cannot confirm the actual culprit drug, but more likely from ceftaroline. There have been several reports of ceftaroline causing drug hypersensitivity reactions, including SJS, anaphylaxis or DRESS syndrome. Daptomycin has also been implicated to cause some hypersensitivity reactions but the incidence of SJS has been attributed more to ceftaroline. In addition, ceftaroline has been shown to cause agranulocytosis and neutropenia in several reports, especially with prolonged use. Our patient developed mucocutaneous reaction and neutropenia after 3 weeks of antibiotic use. Although SJS was diagnosed immediately, it is important to bear in mind some prognostic factors. The SCORTEN score uses 7 variables, 1 point allocated for each variable. A SCORTEN score ≥ 2 is associated with increased mortality and should be referred to ICU or burn unit. Our patient had a score of 3 and was admitted appropriately to the ICU. Management is largely supportive. The use of systemic therapies including corticosteroids remain controversial. Early withdrawal of inciting agent is key as it may improve prognosis. In cases of neutropenia, withdrawal of ceftaroline resulted in normalization of WBC within 1 week.

Conclusions: Steven-Johnson Syndrome is a rare mucocutaneous immune-complex mediated hypersensitivity reaction, mostly triggered by medications. It has an incidence of about 2-7 per million/year. We present a case of SJS and concurrent neutropenia resulting from antibiotic use. This case highlights the importance of prompt recognition and management of SJS. Concomitant side effects of possible culprit medication can facilitate diagnosis and early withdrawal of offending agents which can improve prognosis. 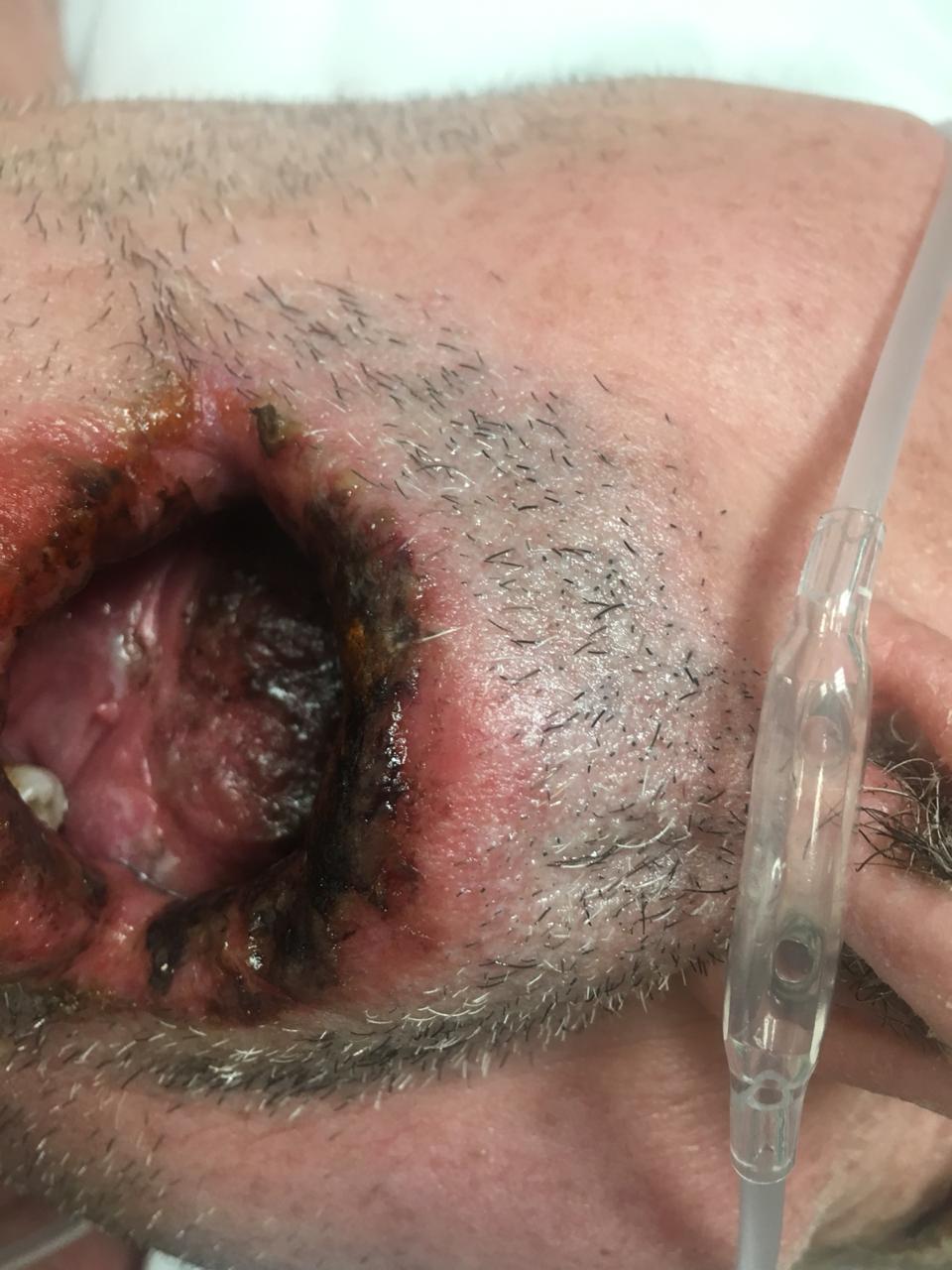