Case Presentation: A 58 year old man, who has sex with men, presented with three weeks of blurred vision. During this period he also noted fevers, malaise, and headache. Physical exam revealed a patchy erythematous scalp rash with associated alopecia. Fundoscopic examination revealed anterior uveitis bilaterally. Serum RPR was positive, with a titer of 1:64, whereas RPR had been negative on many checks in the past. Lumbar puncture was performed, revealing 21 WBC per microliter and protein 107 mg/dL. A diagnosis of neurosyphilis with ocular syphilis was made.
The patient reported a history of penicillin allergy with severe rash with mucosal involvement ten years previously. Penicillin G desensitization was performed with escalating doses over four hours without incident. Treatment dosing of two million units every four hours was initiated immediately thereafter. During infusion of the second treatment dose the patient developed a diffuse confluent erythematous rash on his torso, back, arms, and legs. Heart rate increased from 68 to 100 and temperature increased from 36.2 C to 37.8C. The patient noted worsening malaise and headache. A diagnosis of Jarisch-Herxheimer reaction was made, and intravenous penicillin G was continued. Within 12 hours the patient’s generalized rash resolved and his vital signs returned to normal. He was discharged to home to complete two weeks intravenous penicillin G via PICC line.

Discussion: The Jarisch-Herxheimer reaction is a systemic cytokine mediated reaction to antigens released by dying spirochetes after antibiotic treatment. It is an expected finding in patients treated for primary and secondary syphilis, occurring in over half of patients. Signs and symptoms include fever and chills, tachycardia, myalgias, malaise, and worsening of syphilis rash, beginning hours after initial antibiotic therapy and resolving within 24 hours. Worsening of the underlying syphilis rash is common in the Jarisch-Herxheimer reaction.

Conclusions: The Jarisch-Herxheimer reaction is an expected occurrence hours after initial penicillin treatment for primary and secondary syphilis. This reaction commonly includes worsening of syphilis rash, and should not be mistaken for a beta lactam allergy. 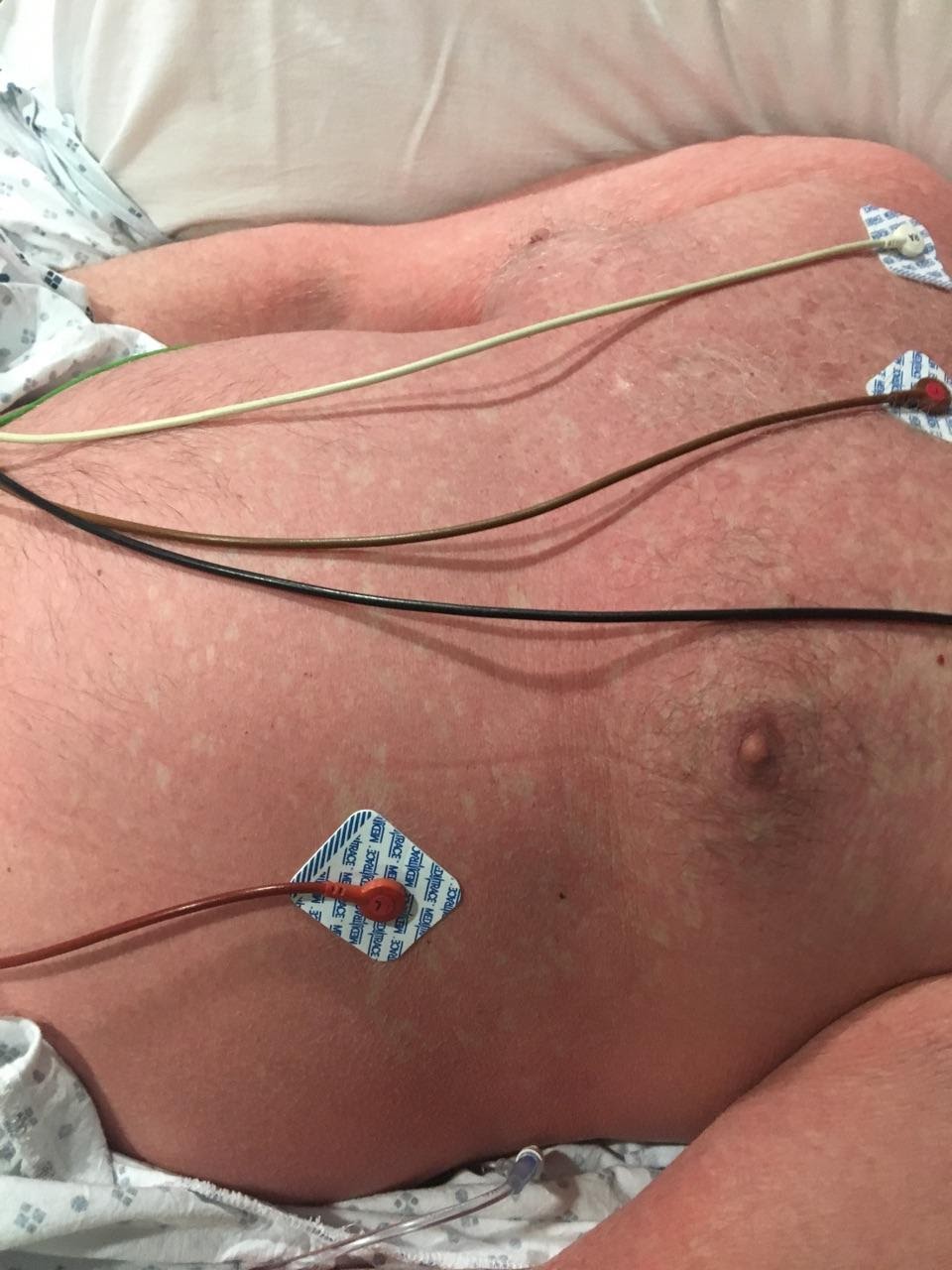