Discussion: KFD typically affects young women less than 40 years old in East Asia, but it has been reported in other races.[1] Patients with KFD present with fever and tender cervical lymphadenopathy. Other symptoms are myalgia, arthralgia, weight loss, and hepatosplenomegaly. Diagnosis can be made with excisional lymph node biopsy showing necrosis with histiocytic infiltrates.[2] 13% to 25% of KFD are associated with SLE.[3,4] Etiology is unknown, but it has been suggested that increased apoptotic pathways in KFD could accelerate the formation of autoantibodies and may subsequently cause SLE flare.[8] Characteristic morphology and histopathology of necrosis with histiocytic infiltrates in the resected lymph nodes can distinguish KFD from lupus lymphadenitis. Distinguishing SLE from KFD or even lymphoma will be critical to decide on appropriate treatment. 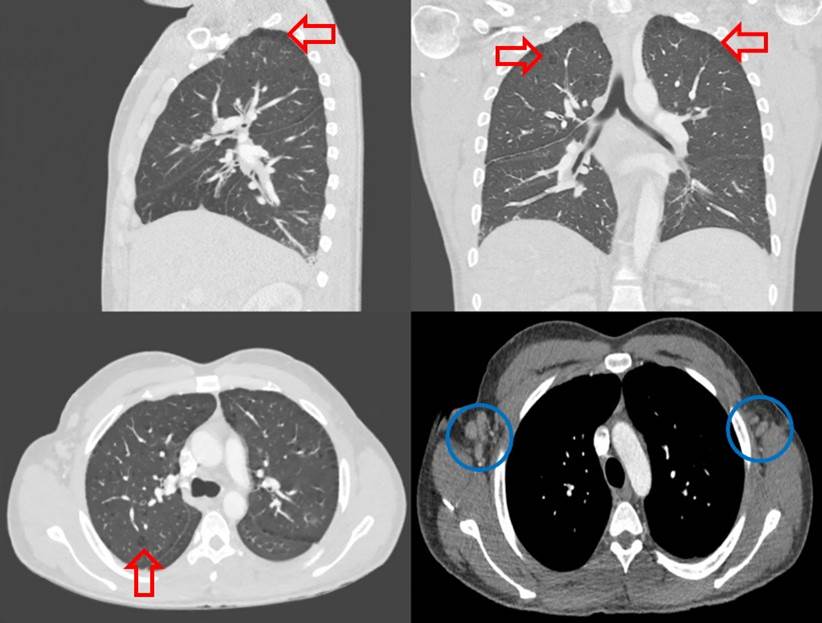 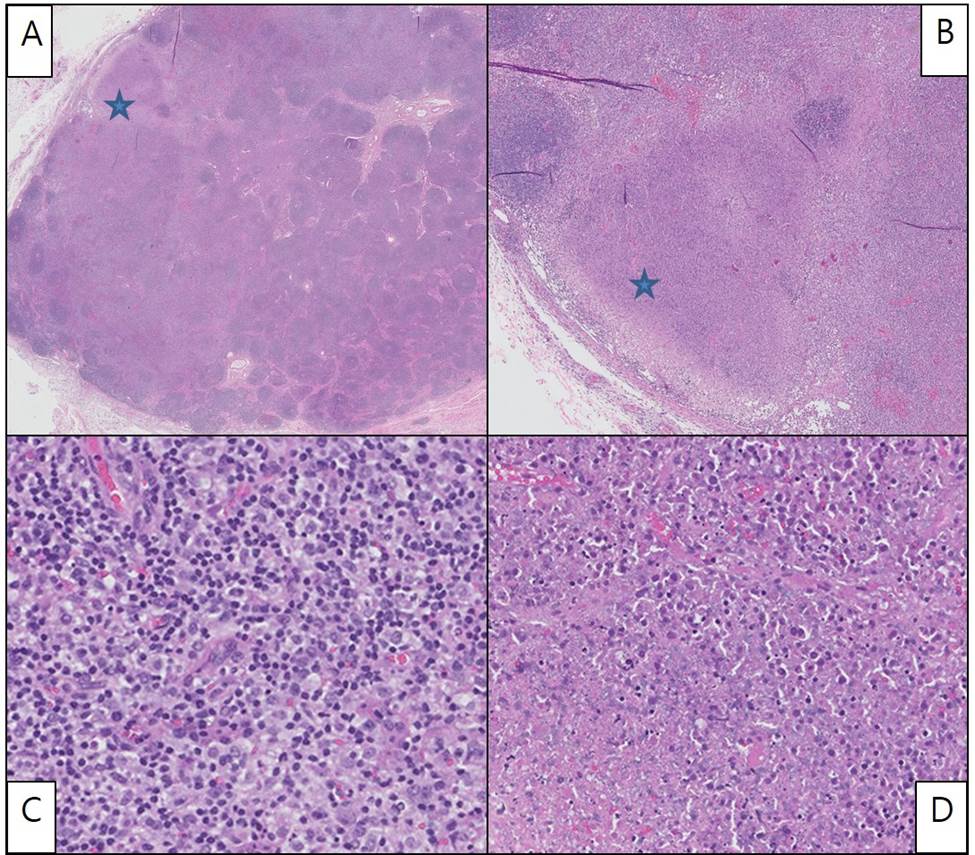