Background: During 2016, the total billed cost of cardiac monitoring neared 4 million dollars at our institution and many patients were observed on the monitor without approved indication as published by the American Heart Association’s (AHA) guidelines published in 2014. The overutilization of cardiac monitoring constitutes a misappropriation of resources which results in undue health care cost.

Description: Using the Plan-Do-Study-Act (PDSA) methodology, the team used baseline telemetry metrics to develop interventions that were implemented in two successive PDSA iterations. Telemetry census and Code/RRT data were collected in tandem for inpatients between October 2016 and November 2017. In PDSA1, a Best Practice Advisory (BPA) prompted providers to select AHA approved indications for cardiac monitoring. In PDSA2, telemetry reduction became an incentivized metric for hospital medicine staff and a reminder system was implemented to make providers aware of which patients were on telemetry.

Conclusions: Each iteration of PDSA has resulted in a measurable decreased in cardiac monitoring without a significant increase in codes or RRT events. These data represent a possible translatable model for other medical centers. 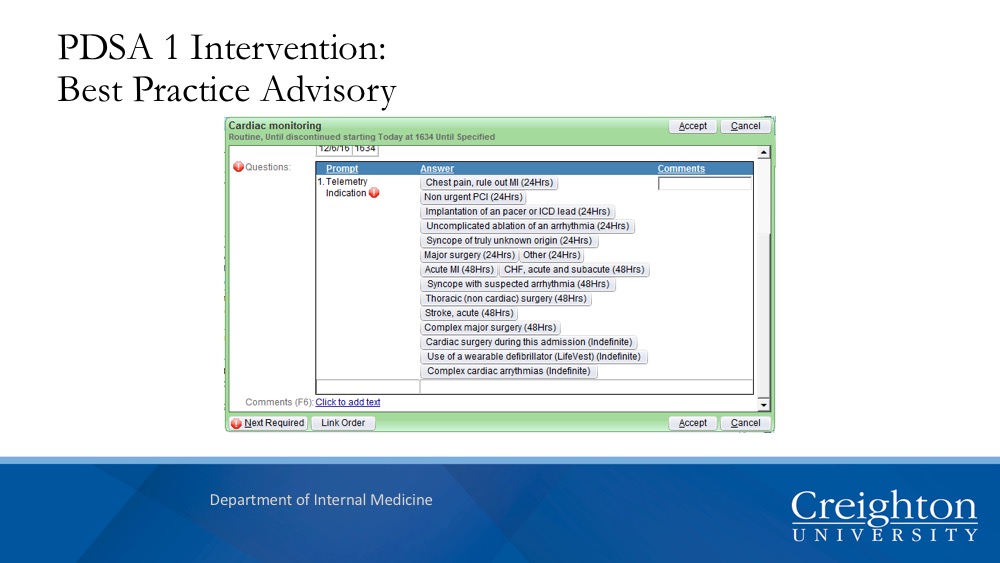 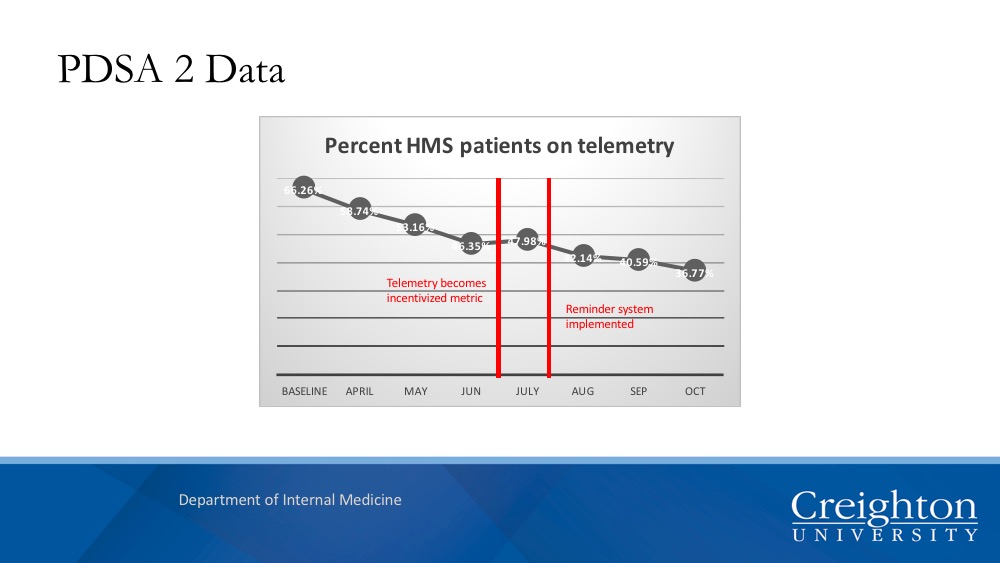