Background: Cardiac arrest, as characterized by an abrupt loss of cardiac function, remains to be a main event preceding death with low survival rates nationwide. Although many factors can serve as the underlying etiology, it is agreed upon that prompt response with the initiation of advanced cardiac life support is the cornerstone of preventing mortality. In this study we focus on the increasing incidence of cardiac arrest nationwide. Furthermore, we highlight the difference in rates of survivability in patients who experienced cardiac arrest in teaching hospitals versus non-teaching hospitals.

Methods: We surveyed Healthcare Cost and Utilization Project (HCUP) Hospital Inpatient National Statistics from years 1997 to 2014 in the United States to identify patients with cardiac arrest and ventricular fibrillation using the Clinical Classification Software (CCS). Total incidence and mortality from cardiac arrest and ventricular fibrillation were obtained in both urban teaching and urban non-teaching hospitals. Additionally, number and percent in-hospital deaths were compared between teaching and non-teaching hospitals. Z-test was used to obtain a two-tail p-value to determine statistical difference. 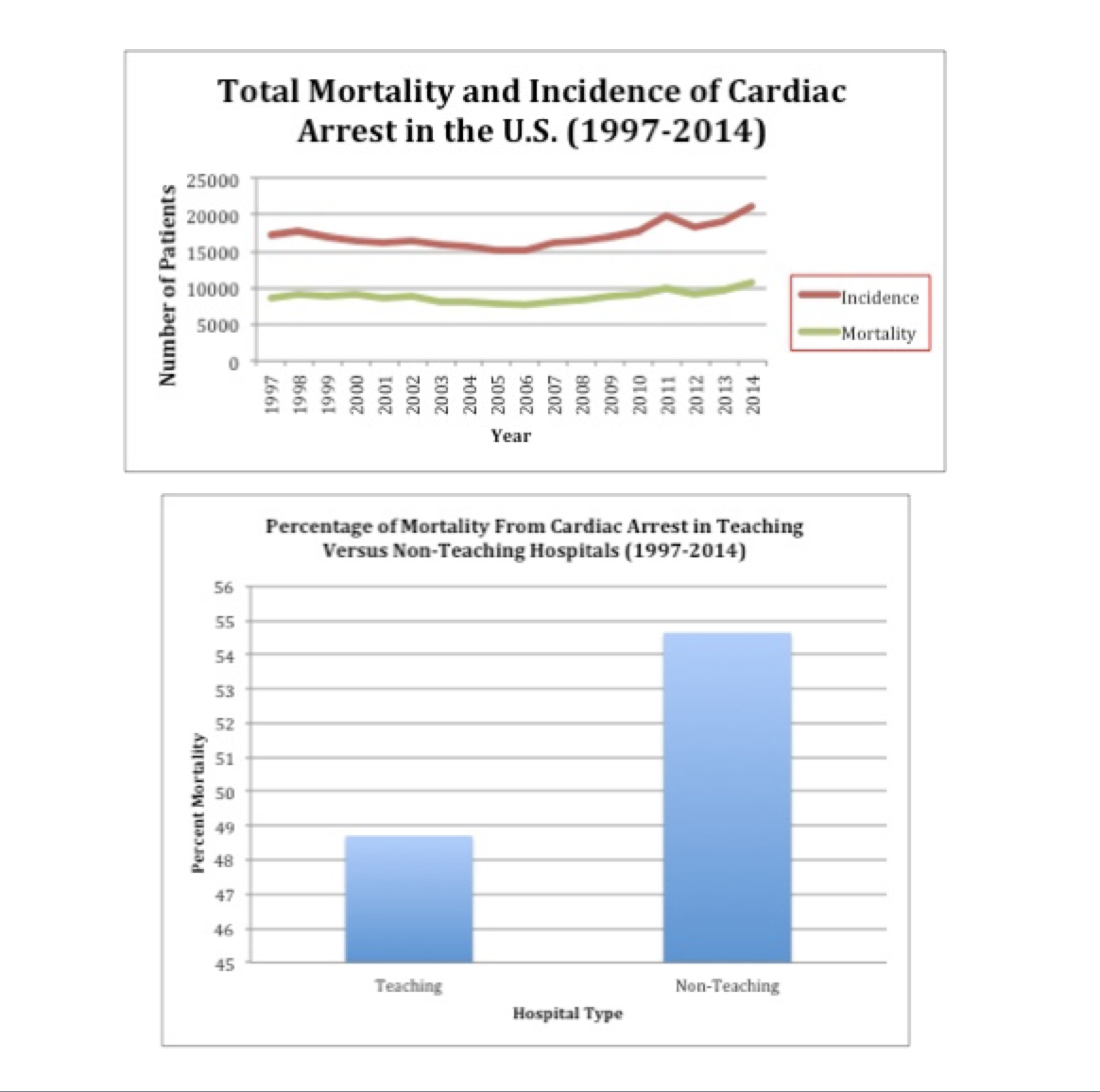