Background: Bronchiolitis is one of the leading causes of hospitalization in patients less than 2 years old. It can be a source of frustration for providers as numerous interventions that have been trialed throughout the years have not been shown to be effective. Albuterol is one such intervention as wheezing is a common clinical finding in bronchiolitis. However, the 2014 AAP guidelines give a strong recommendation that beta agonists should not be used. Despite this recommendation, many clinicians choose to administer albuterol if patients have an atopic history defined as if they have major risk factors from the asthma predictive index (API): parental history of asthma or patient history of eczema. The purpose of this study is to identify if there are any significant differences in the length of stay among the groups of patients that are positive or negative for the API major risk factors, and if they receive or do not receive albuterol.

Methods: Data was collected from patients, 0 months to 24 months old, with bronchiolitis diagnosed by ICD9/ICD10 codes, who were admitted to Children’s Memorial Hermann Hospital (CMHH). Patients admitted November 1st, 2015 – February 28th, 2017 were analyzed for inclusion. Patients were included if they were born greater than 37 weeks of gestation, had no comorbidities, and were antigen or PCR RSV positive. This patient group was then separated into four categories: API positive patients who received albuterol, API positive patients who did not receive albuterol, API negative patients who received albuterol, and API negative patients who did not receive albuterol. Analysis of covariance was used to model the effect of these four treatment variables on the primary outcome variable, the length of stay. Various covariates (age, sex, race, breastfeeding status, smoke exposure, day of illness, steroid administration, level of respiratory support: room air, nasal cannula, high flow nasal cannula, CPAP/intubation) were also analyzed in the covariance model.

Full and reduced covariance models (with the four treatment groups taken out) were compared and the partial F test was performed to determine if the four groups were statistically significant in determining the length of stay. Stepwise regression analysis was also used to identify the concomitant variables with the most significant effect on the length of stay.

Conclusions: There is no sufficient evidence that parental history of asthma or patient history of eczema can be used to determine if term RSV hospitalized bronchiolitics will benefit from albuterol therapy. According to our study, patient’s API status and subsequent albuterol administration status did not significantly change a patient’s length of stay. 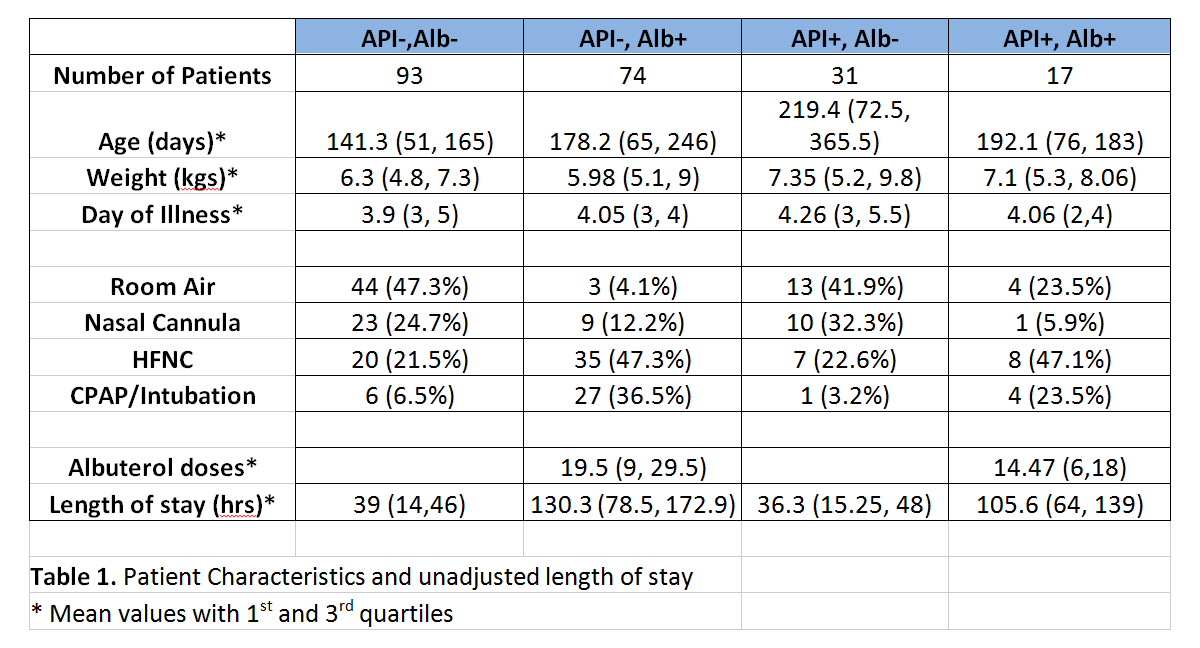 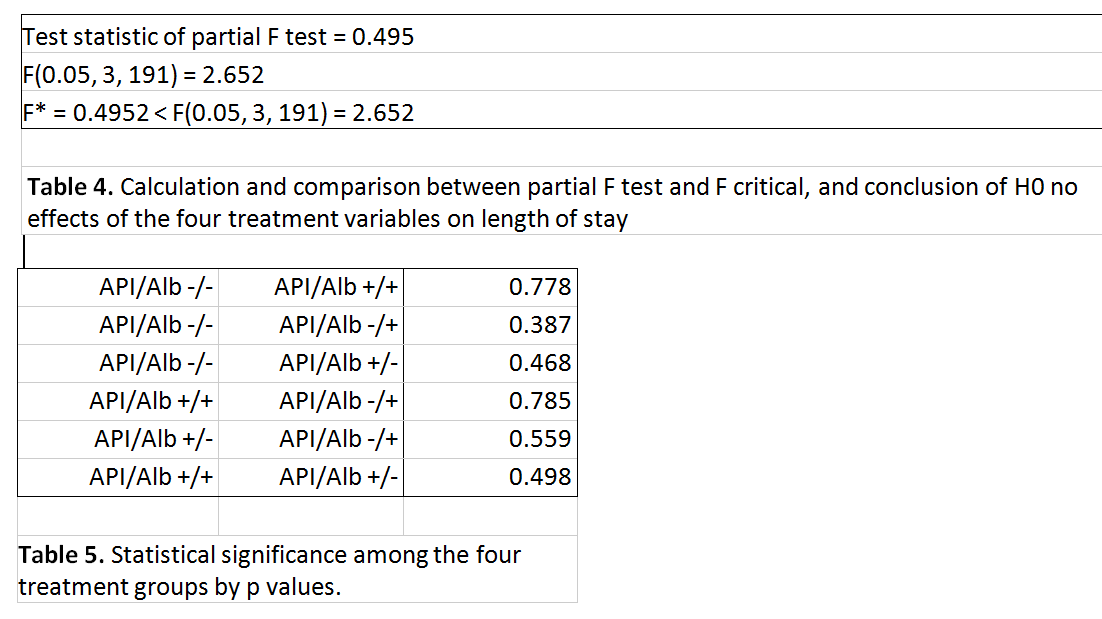 Major Factors of the Asthma Predictive Index are Not Enough to Identify Term RSV Bronchiolitics that Benefit from Albuterol.