Background: Severe aortic stenosis (SAS) had been identified as being at elevated risk for non-cardiac surgery. However, two reports demonstrated that SAS did not increase mortality of intermediate to high risk non-cardiac surgery. The European Society of Cardiology guideline states non-cardiac surgery of low to intermediate risk can be safely performed among patients with SAS. Fall and fractures such as of hip or wrist as well as vertebral compression fractures are common among elderly people. For hip fractures, prompt surgery has been strongly recommended to improve prognosis, but surgery is sometimes delayed for other clinical reason including SAS incidentally found by preoperative evaluation. Outcomes of elderly patients with hip fracture, complicated with SAS have not yet been evaluated in Japan.

Methods: We performed a retrospective cohort study in a single center. Patients 70 years or older undergoing hip fracture surgery with or without SAS were identified from echo data base between April 2012 to August 2017. Patients’ demographic data, laboratory data, and echocardiographic data (aortic valve area, mean aortic valve gradient, peak aortic velocity and ejection fraction) and waiting period from the time of injury to surgery as well as outcomes (intraoperative and in-hospital mortality and ability of ambulation on discharge) were obtained. We investigated the factors associated ambulation on discharge by using multivariate logistic regression analysis.

Results: Among the total of 279 patients, 71 patients were excluded. 20 SAS patients were identified. 80 patients were selected randomly from 188 non-SAS patients to control group. Mean age was 85.9 (female; N= 81 (81%)). There was no significant difference in patients’ demographic data and the period before surgery (4days vs. 4days, p=0.959) between SAS and non-SAS groups. There was no significant difference in ability of ambulation on discharge (72.2% vs. 81.1%, p=0.405). No patient died intraoperatively. Only 1 non-SAS patient died within 30-days after surgery. Seventy four patients became able to ambulate on discharge. None of the factors, including age >85 years, SAS and the period before surgery, were associated with ability of ambulation on discharge by using multivariate logistic regression analysis.

Conclusions: SAS was not associated with 30 days mortality and ability of ambulation on discharge after hip surgery. We should not delay surgery for hip fracture among elderly patients just because they have SAS. 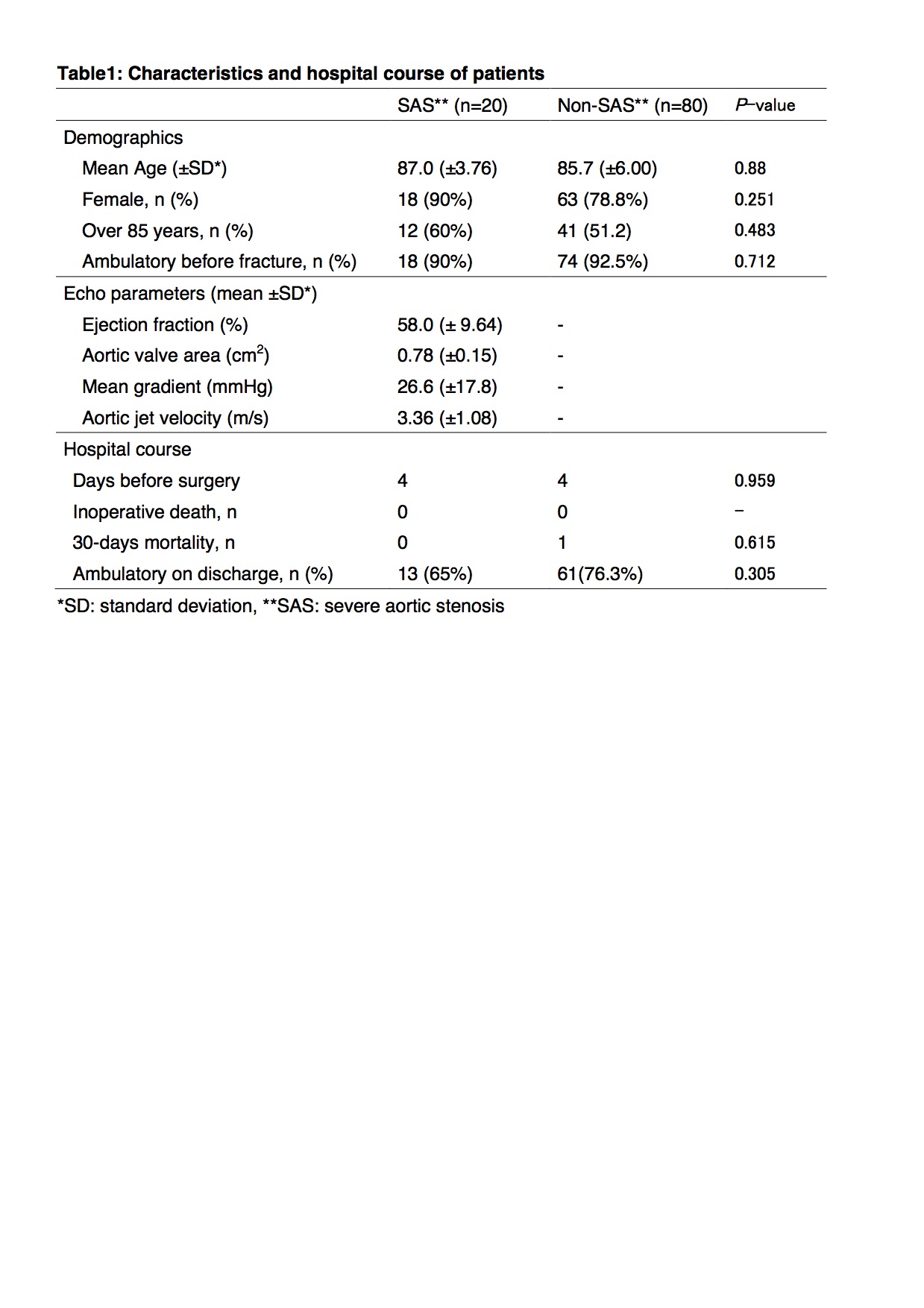 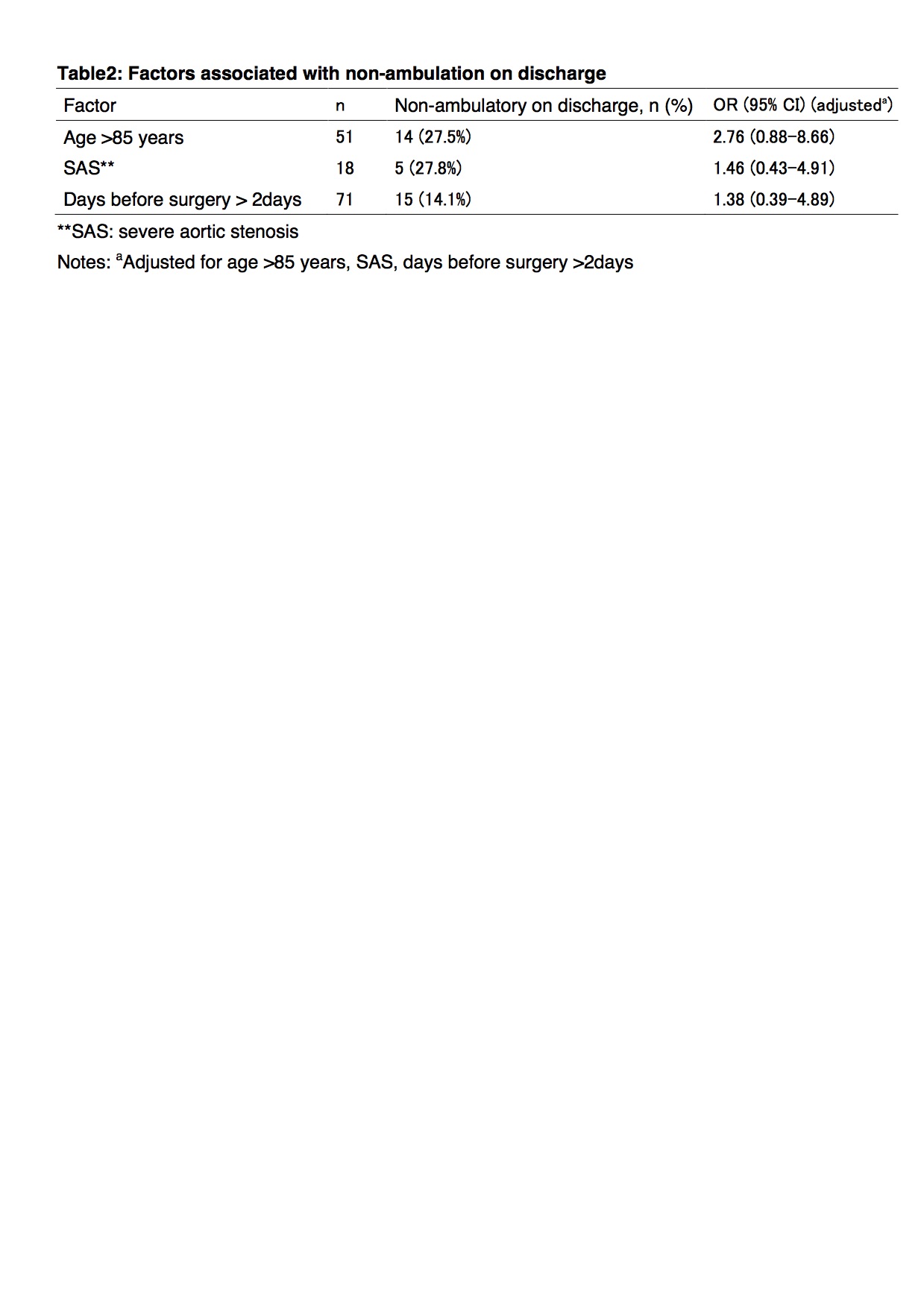