Background: The University of Colorado Hospital (UCH) fails to meet the National Healthcare Safety Network (NHSN) benchmarks for central line utilization rates and central line-associated bloodstream infections (CLABSI). Peripherally inserted central catheters (PICCs) are central lines that are overused and misused at UCH. Overuse of PICC lines increases the risks of CLABSI and PICC-associated deep vein thrombosis. Furthermore, these risks are directly correlated with the size and number of lumens. This is a major patient safety issue that contributes to avoidable morbidity and mortality.

Description: This resident-led quality improvement project involved building a coalition of stakeholders at UCH. A data dashboard was created to track the primary outcomes of central line utilization rates, CLABSI rates, and PICC-associated thromboembolism rates. Other variables included in the dashboard were process measures of PICC utilization rates stratified by number of lumens and midline utilization rates, as well as balancing measures of midline complication rates and midline to PICC conversion rates.
A targeted needs assessment at UCH was then conducted by chart review (n=43) and provider surveys (n=50). This demonstrated that PICC lines are often misused (i.e. used in place of safer forms of vascular access) and that most providers and nurses have a knowledge gap regarding appropriate line use. Our baseline primary outcome data for 2016 demonstrated 60,071 central line device days, 63 CLABSIs, and 78 PICC-associated DVTs. Our baseline process measures for 2016 showed that 2,565 PICCs were placed (33% single lumen, 58% double lumen, and 9% triple lumen) and 159 midlines were placed, highlighting that midlines and single lumen PICCs are under-utilized. Several interventions to address this have been completed to date at UCH. The first was a targeted educational session for Internal Medicine providers on appropriate line use based on the Michigan Appropriateness Guide for Intravenous Catheters (MAGIC). This intervention had minimal impact on our primary and secondary outcomes. The second was a new order set embedded within the electronic medical record (EMR) to guide providers toward appropriate PICC and midline use. This was recently implemented with promising early feedback from providers. Lastly, we are partnering with nursing leadership to improve nursing knowledge of appropriate line use.

Conclusions: There is a significant knowledge gap among providers with respect to appropriate line use. While educational efforts focused on internal medicine providers had minimal impact, we anticipate that changes to the PICC and midline order set have the potential to be more impactful across the entirety of UCH. Paired with improving nurses understanding of appropriate PICC and midline use, these interventions have the potential to reduce the complications of central lines and improve patient safety. 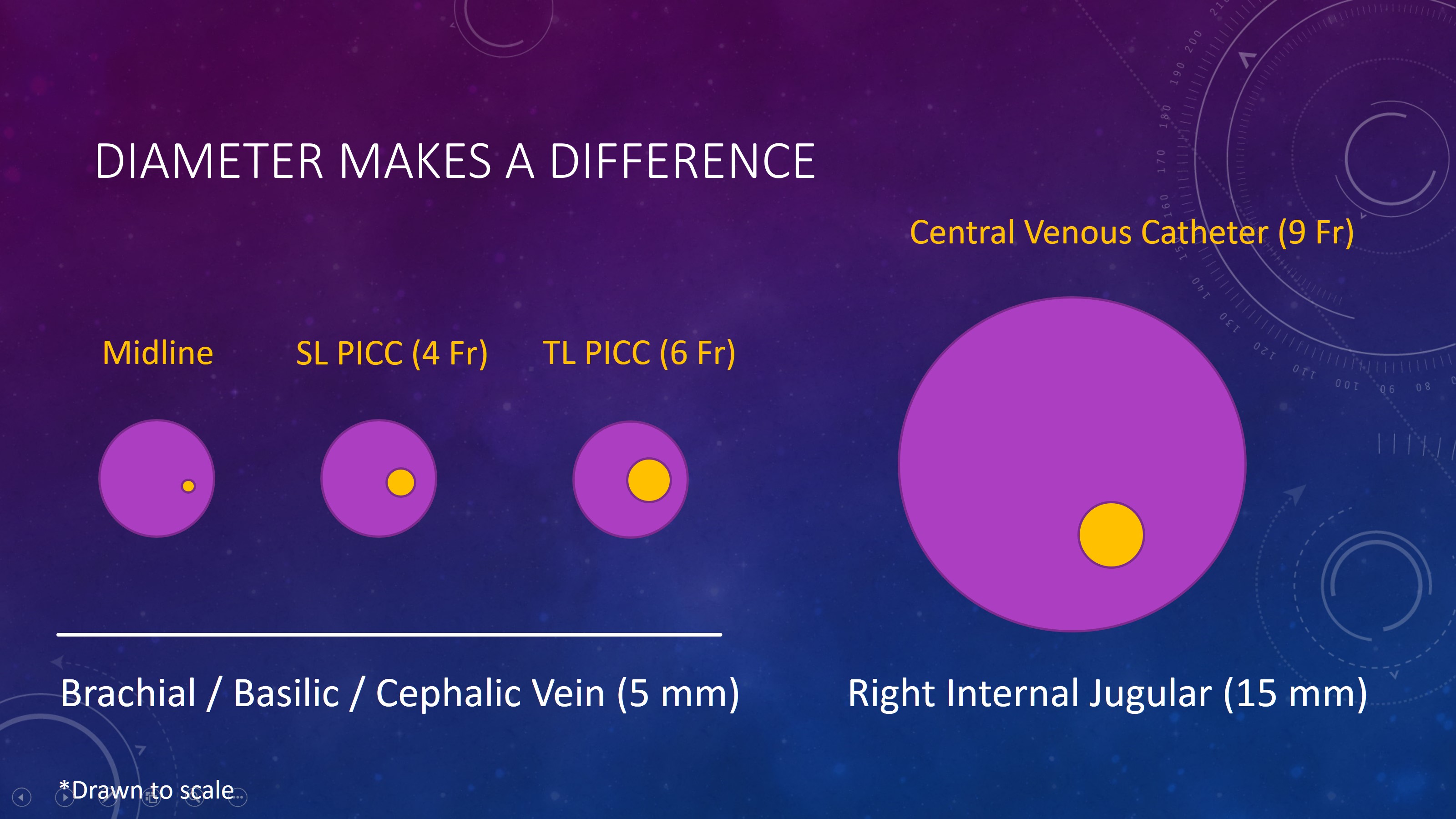