We analyzed data from 31,086 patient hospital admissions. All variables investigated were determined to be significant predictors of LOS (p<0.05). Specifically, younger and older patients were found to have shorter LOS; patients that were 35-75 years old exhibited the highest LOS, as compared to other age groups. As expected, LOS was found to increase with increasing DRG relative weight. Discharge to post-acute facilities was associated with the greatest LOS, compared to all other groups. As compared to the payer of Medicare insurance, patients with the payer of Medicaid, self-pay, and commercial had longer LOS. The admission month and weekday were also found to impact the LOS as shown in Figure 1a and 1b, with the greatest LOS occurring in patients admitted in December and on the weekday of Thursday.

We identified that age, DRG relative weight, discharge disposition location, payer type, admission month, and admission weekday are predictors that can be utilized for estimation of LOS. Further studies of the impacts of prediction models and interventional programs designed to reduce LOS in admitted patients should be performed. 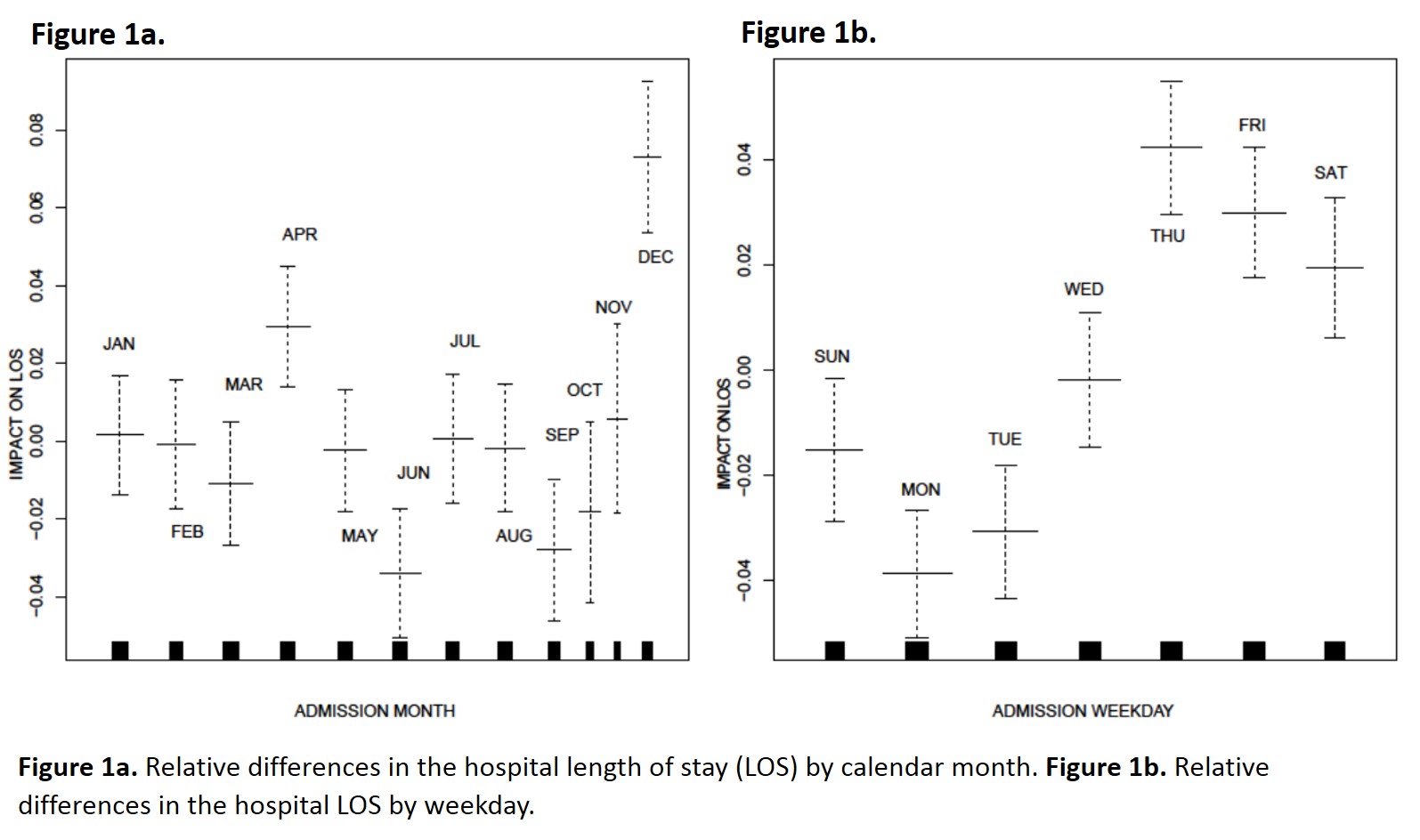 Predictors of Length of Stay in a Large National Cohort of Hospitalized Patients.