PRETTY IN PURPLE: IS IT JUST SKIN-DEEP?

Case Presentation: A 48-year-old man with a history of gastroesophageal reflux disease and obstructive sleep apnea presented with one week of pain, warmth, and rash over the right foot accompanied by episodic fever and headaches. He was a landscaper. Six weeks ago, he fell from a ladder with resultant right nondisplaced medial malleolar and comminuted talar fractures. The fractures were managed non-surgically with resolution of swelling and bruising 2 weeks ago. On presentation, he was well appearing with temperature 100.8 F, HR 88, RR 18, BP 102/95. Cardiopulmonary and abdominal exams were normal; trace lower extremity edema was present and pedal pulses were normal. Faint erythema was present over the right ankle and dorsomedial foot along with non-tender, non-palpable, non-blanching purpura over the dorsum of the foot and scattered petechiae over the right lateral leg. Labs were notable for WBC 6, hemoglobin 13.7, platelets 118, creatinine 1.3, total bilirubin 0.8, AST 78, ALT 106, ALP 117, INR 1.2, PTT 41, CRP 7, ESR 14, and normal urinalysis. He was initially treated for cellulitis with subsequent workup for possible vasculitis. Punch biopsies were performed without evidence of vasculitis.During the hospitalization, the patient noted that the foot rash faded with leg elevation and worsened with dependency. Repeat examination revealed a dusky, purpuric rash when sitting that faded to pink upon leg elevation above heart level. Venous duplex ultrasound revealed an acute deep venous thrombosis (DVT) isolated to the right posterior tibial vein. Anticoagulation (rivaroxaban) was initiated and he was discharged. Symptoms resolved within one month, and he completed a four-month course. A hypercoagulable workup was negative.

Discussion: We present a case of isolated distal DVT presenting as unilateral, non-palpable purpura. Purpura is a dermatological manifestation of localized red blood cell extravasation, typically through vascular congestion, capillary damage, or coagulopathy—a milieu similar to one conducive to thrombosis. The distribution of purpura in this patient is compatible with vascular congestion of the plantar veins draining into the thrombosed posterior tibial vein, resulting in dependency. Recent ankle fracture and reduced mobility likely provoked the DVT. There are two other reported cases of DVT presenting as purpura; a femoral DVT in a cirrhotic with chronic thrombocytopenia and a recurrent popliteal DVT in a patient with history of thrombosis in the same vein. Atypical features of the purpura without compelling systemic abnormalities helped narrow the diagnosis. However, suspicion should still be maintained for systemic conditions that produce purpura in the setting of a hypercoagulable state, such as thrombotic thrombocytopenic purpura and disseminated intravascular coagulation.Currently, consensus guidelines are lacking for anticoagulation of isolated distal DVTs, though studies show reductions in proximal venous extension, pulmonary embolism, and recurrent DVT. Our patient was anticoagulated given symptoms and low bleeding risk. Because atypical presentation of common pathology remains a diagnostic challenge, we share our experience to better inform clinicians.

Conclusions: We present a case of isolated distal DVT masquerading as unilateral purpura. This is the third case reported in the literature, and the first in a distal vein. Recognition of unilateral dynamic vascular changes helped refine the diagnosis in this case. 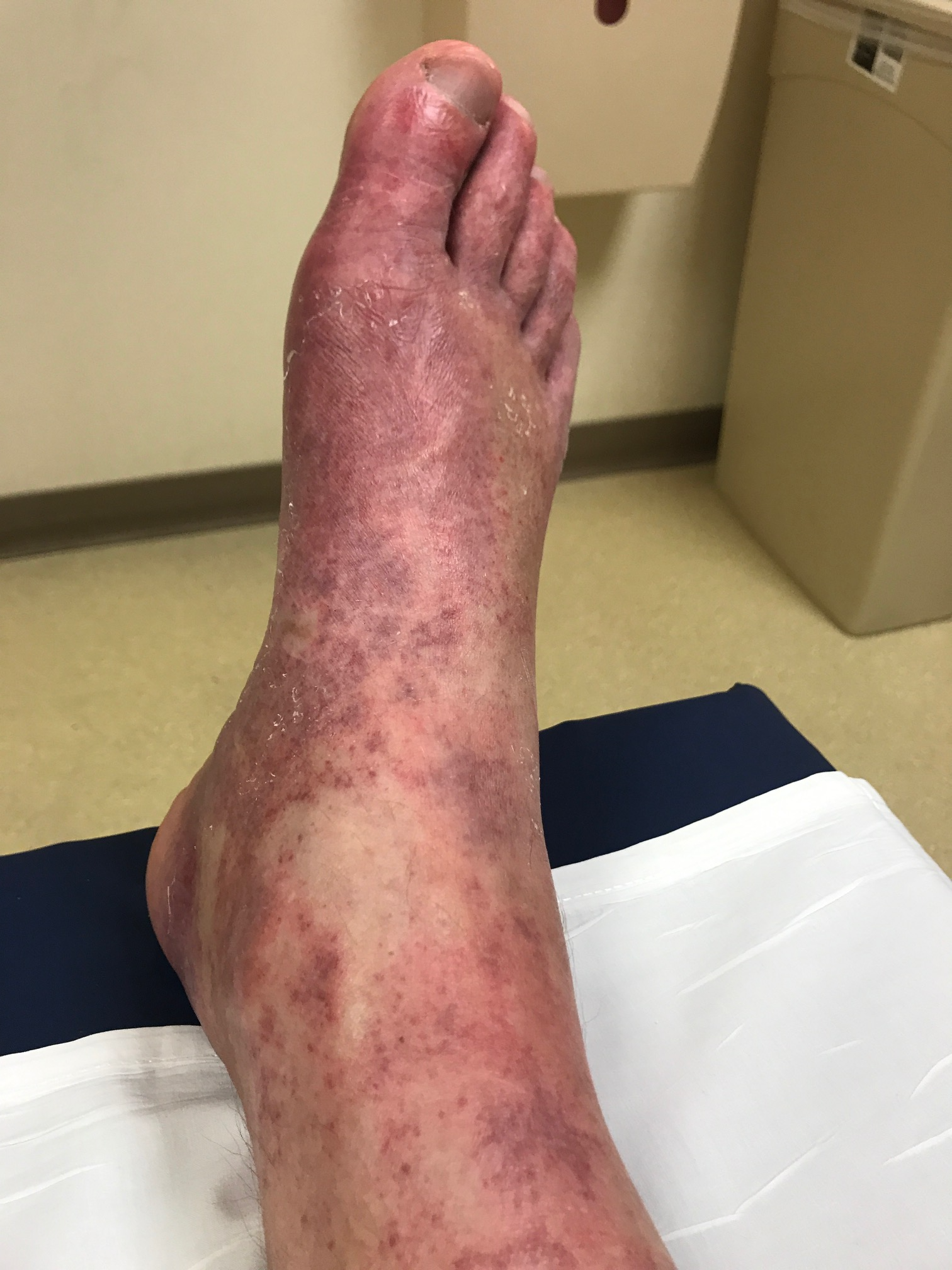 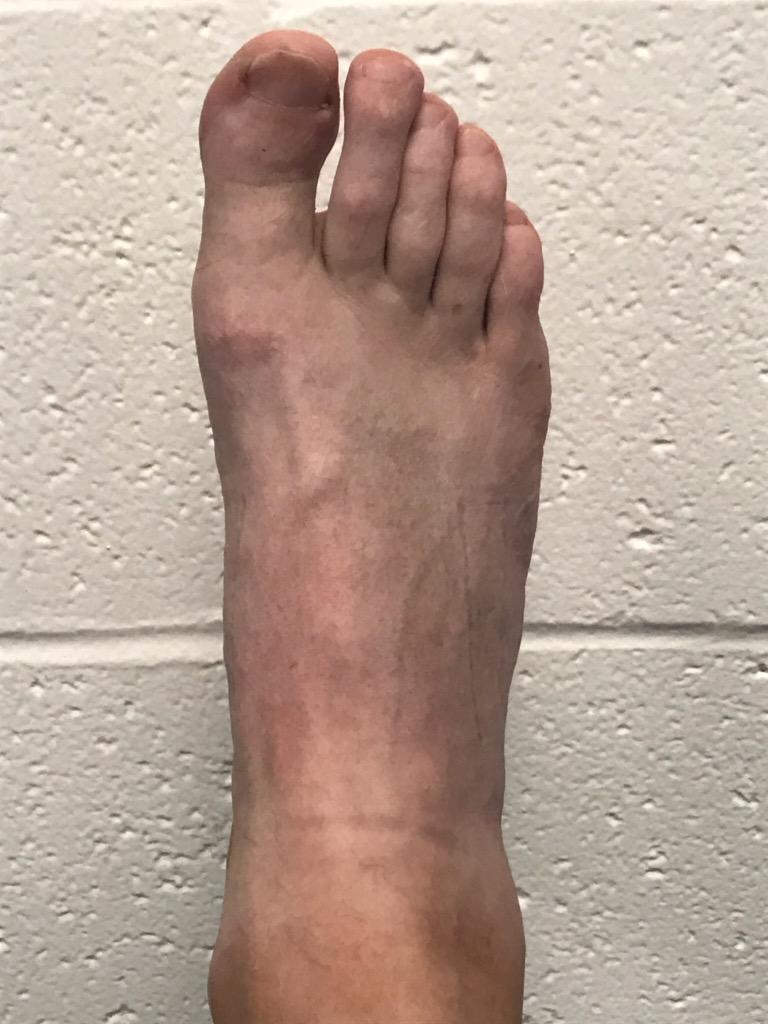 PRETTY IN PURPLE: IS IT JUST SKIN-DEEP?.