Background: As hospitals focus on central venous catheter associated bloodstream infections (CVC-BSI), the impact of peripheral venous catheter (PVC) associated bloodstream infections (PVC-BSI) may be underappreciated. There are conflicting recommendations on how to manage PVCs, including when to replace them (1)(2)(3), and inconsistencies in nursing practice in following PVC management guidelines (4). There are an estimated 10,000 PVC associated staphylococcus aureus (SA) bloodstream infections (BSIs) per year in adult hospitalized patients in the United States (5), often resulting in increased morbidity, exposure to antibiotics, length of stay, and cost to the healthcare system (6). Coagulase negative staphylococcus (CoNS) BSIs secondary to PVC complications are poorly described.

Methods: A retrospective cross sectional study was performed, reviewing all hospital acquired SA and CoNS BSIs at a 900-bed urban, academic medical center in Texas, from January 1, 2019 to Dec 31, 2019 to determine the prevalence of PVC-BSI and CVC-BSI associated with SA and CoNS. Hospital acquired BSIs were defined by positive blood culture at least 48 hours after admission, unrelated to an infection present on admission. CoNS BSIs were excluded as a presumed contaminant if only one blood culture was positive. Chart reviews were completed to determine the likely source of hospital acquired BSIs as CVC-BSI, PVC-BSI, suspected PVC-BSI, other (e.g., cellulitis), or unknown. PVC-BSI were defined by provider documentation of PVC as the likely etiology. Suspected PVC-BSI were categorized if no other source of bacteremia was identified and there was documented PVC complication (phlebitis, infiltration, occlusion, swelling, pain) within 7 days of the positive blood culture. Chi-squared testing was performed. P-values < 0.05 were considered significant.

Conclusions: PVC-BSI is an under-recognized complication in hospitalized patients nationwide, particularly those associated with CoNS BSIs. PVC-BSIs also contribute to significant morbidity when associated with SA BSIs. Our study suggests that the prevalence of PVC-BSI may be close to the rate of CVC-BSI for both hospital acquired SA and CoNS BSIs. Accordingly, clinicians should have a high index of suspicion for PVCs as the source of hospital acquired BSIs associated with these organisms. Future directions include improving nursing safe injection practices, PVC dressing change protocols, and PVC assessment standardization of documentation in attempt to decrease the overall secondary infection rates. 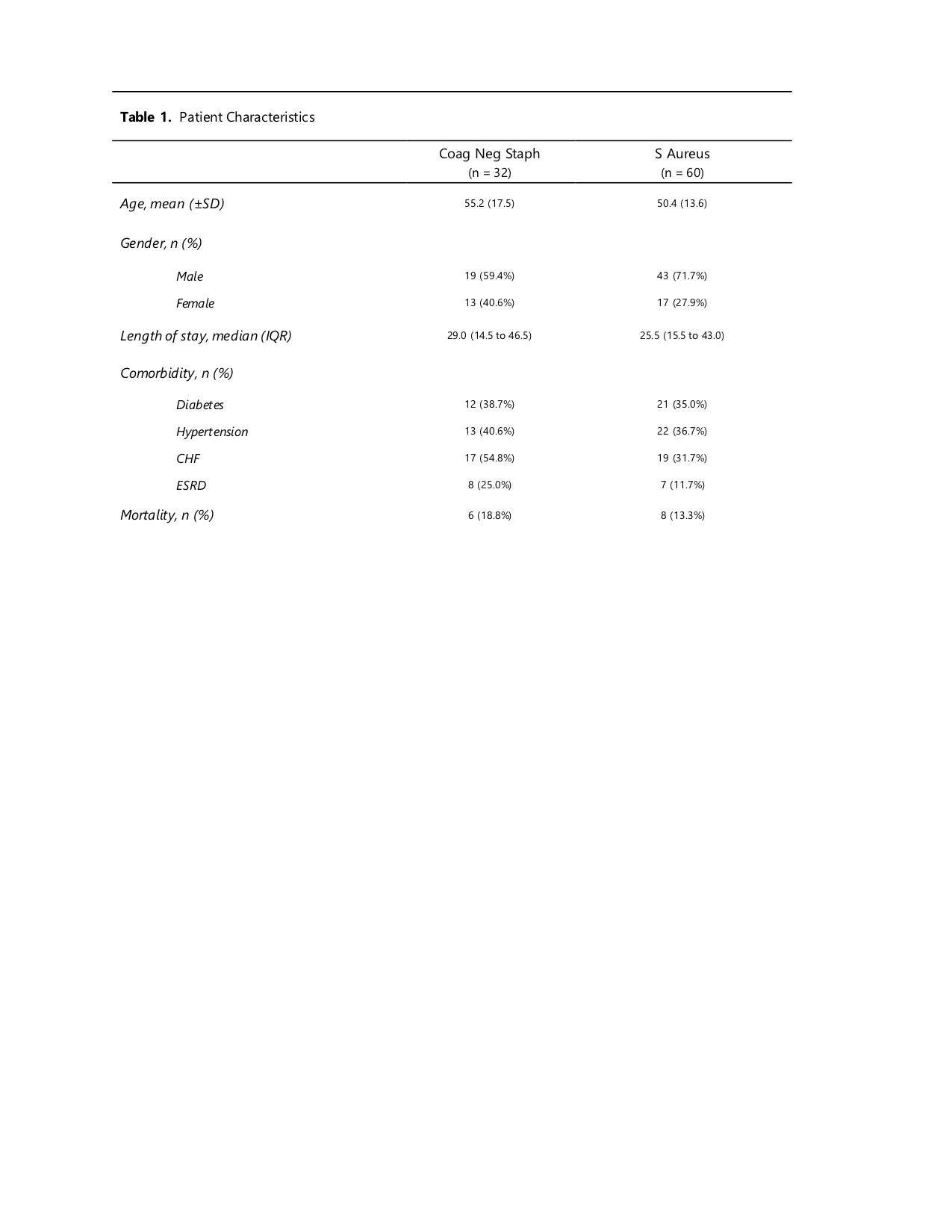 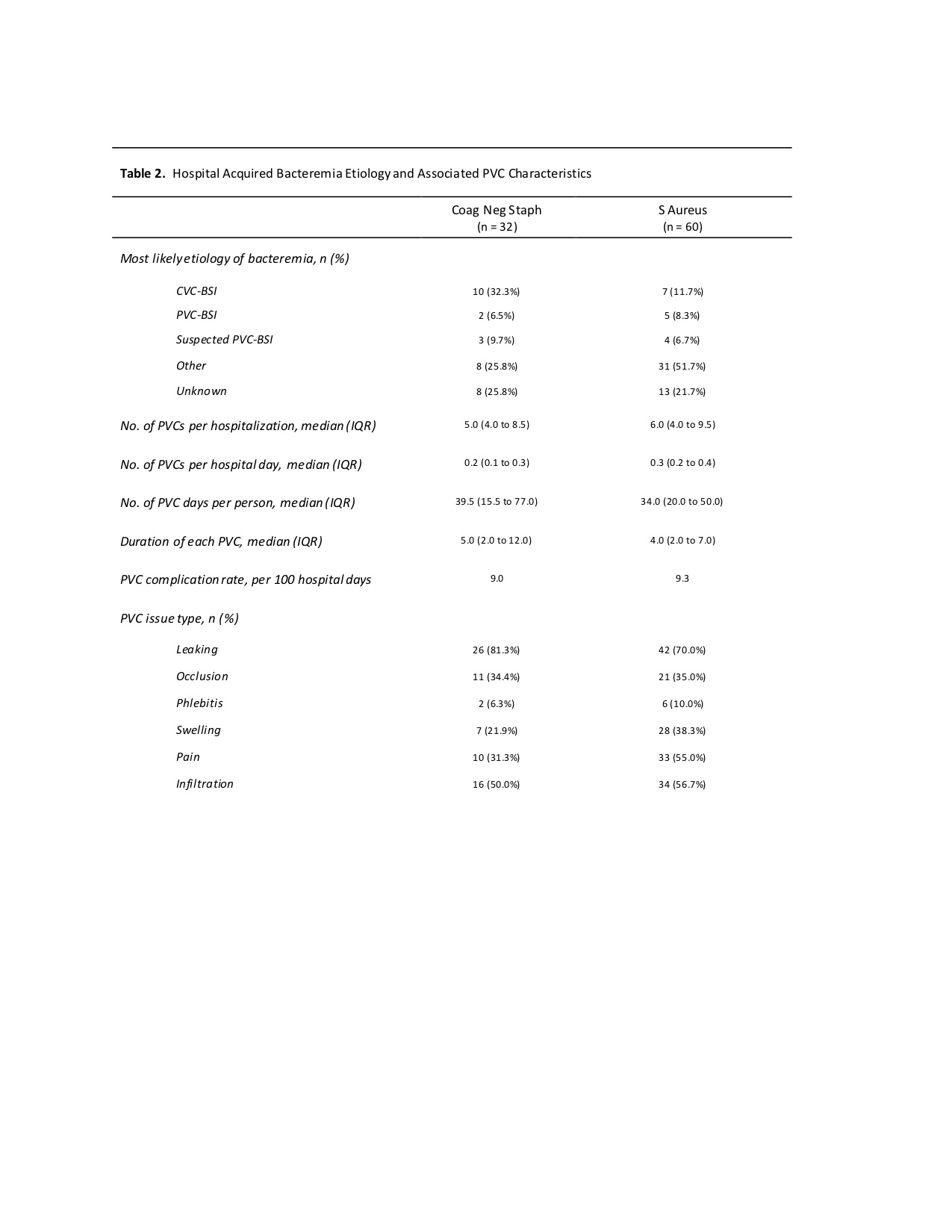