Background: Helicobacter pylori (H. pylori) infection is a common cause of gastroduodenal ulcers (GDU), and current guidelines recommend evaluation and eradication of H. pylori to promote healing of GDU and prevention of H. pylori-associated diseases. This quality improvement projects aimed to quantify and improve the rate of H. pylori testing and eradication after endoscopic diagnosis of GDU in a multi-ethnic U.S. population. Second, we aimed to increase utilization of efficacious H. pylori regimens among patients with H. pylori associated GDU.

Methods: Endoscopy reports were extracted from Ben Taub, a safety net hospital in Houston, TX via endoscopic reporting software based on keyword search. Pre-intervention data extracted ranged from 8/2020-2/2021 while post-intervention data ranged from 5/2021-8/2021. Patients with H. pylori infection and life expectancy >1 year were included. Antibiotic regimen and test to confirm eradication were recorded. Efficacious regimen was defined as non-clarithromycin based.Fishbone diagram and process map were created to explore causes of low eradication rates. Main causes hypothesized were lack of awareness by providers/patients, poor patient engagement due to language barrier and difficulty of stool collection. The first intervention in 3/2021 involved socialization of the project among gastroenterology department staff. The second intervention in 4/2021 involved the creation of letter templates in 3 languages (English, Spanish and Vietnamese) to facilitate patient information about H. pylori treatment importance. Trimonthly data was extracted to track progress until 9/2021.

Conclusions: After first PDSA cycle an improvement >90% in the choice of antibiotic regimen was achieved. However, the intervention was not successful to improve the rate of confirmed eradication. The second undergoing PDSA cycle involves the implementation of an order set in electronic medical record to facilitate the order of confirmation test and the same time of treatment prescription.

IMAGE 1: Figure 1. Total gastroduodenal ulcers diagnosed via endoscopy were tracked along with H. pylori positivity rate in the pre-intervention and post-intervention intervals. 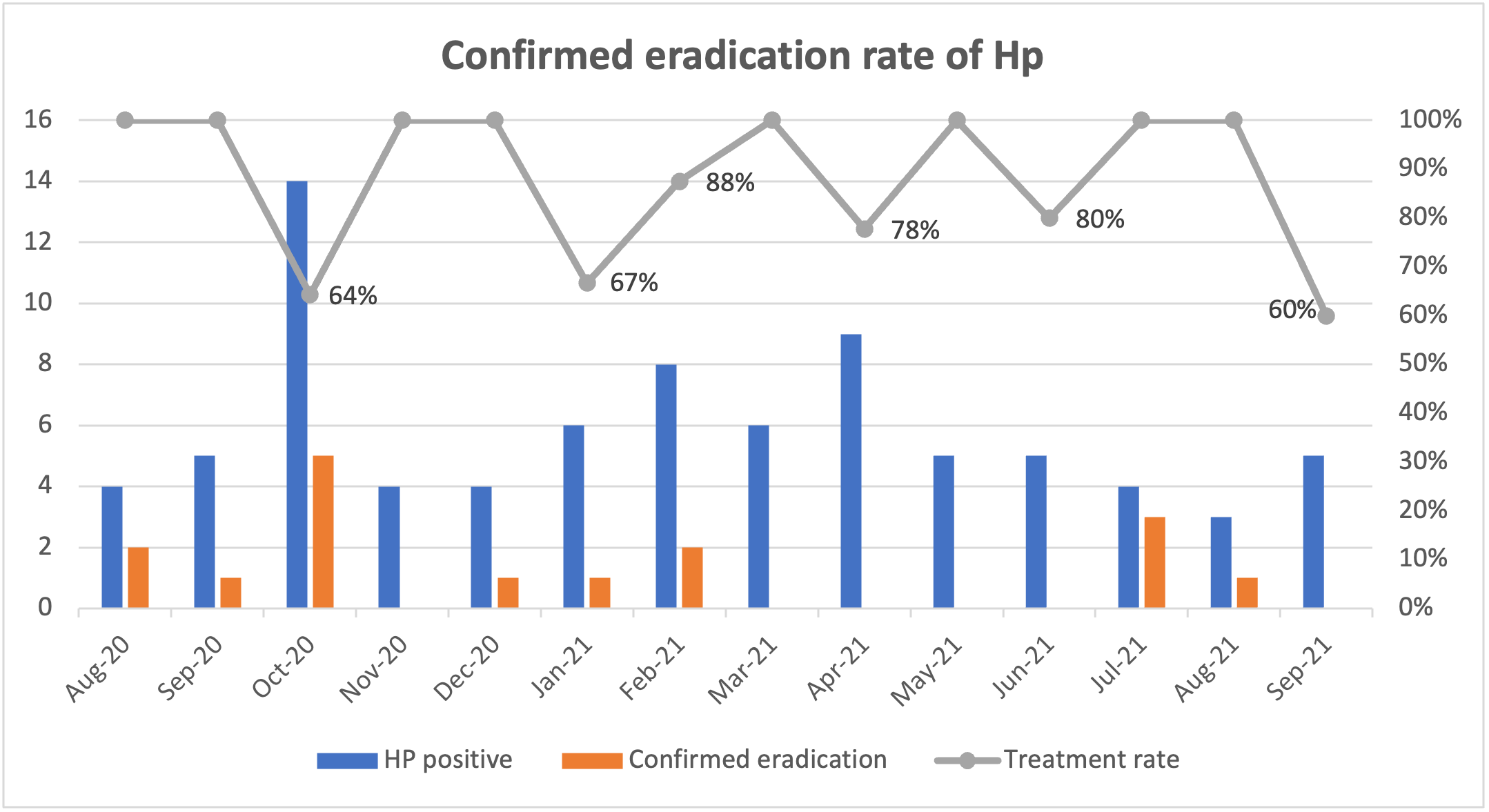 IMAGE 2: Figure 2. Percentage of treated gastroduodenal ulcers due to H. pylori were tracked throughout the project. Those in which non-clarithromycin based regimens were used were also tracked. 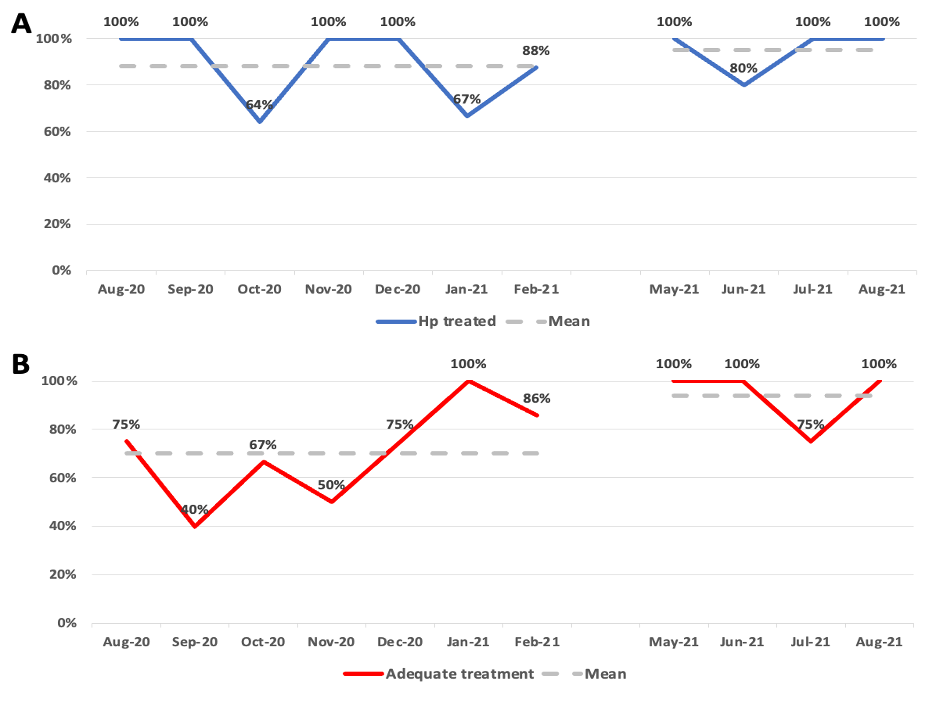