Hospital-associated venous thromboembolism (HA-VTE) is a serious condition with controversy regarding ideal risk assessment and VTE prophylaxis (VTEP), especially in medical patients. We conducted a collaborative VTE quality improvement project, supported by a charitable grant from the Gordon and Betty Moore Foundation, in 35 hospitals across three states and assessed the impact on HA-VTE rates.

HA-VTE events (during hospitalization or present on admission within 30 days of prior discharge) were collected from coding data. 2011 was considered the baseline year, 2012-13 intervention years, and 2014 the mature period for comparison. Data collection for VTEP did not begin until 2012-2013. All sites monitored compliance with TJC VTE measures 1&2 (“any” VTEP). Measure-vention sites also determined whether VTEP was adequate according to the protocol.

Our collaborative QI project was associated with a reduction in HA-VTE across a broad medical-surgical inpatient population. Interventions proved easy to disseminate across multiple hospitals. HA-VTE rates can be improved, even when already low (~0.5%). 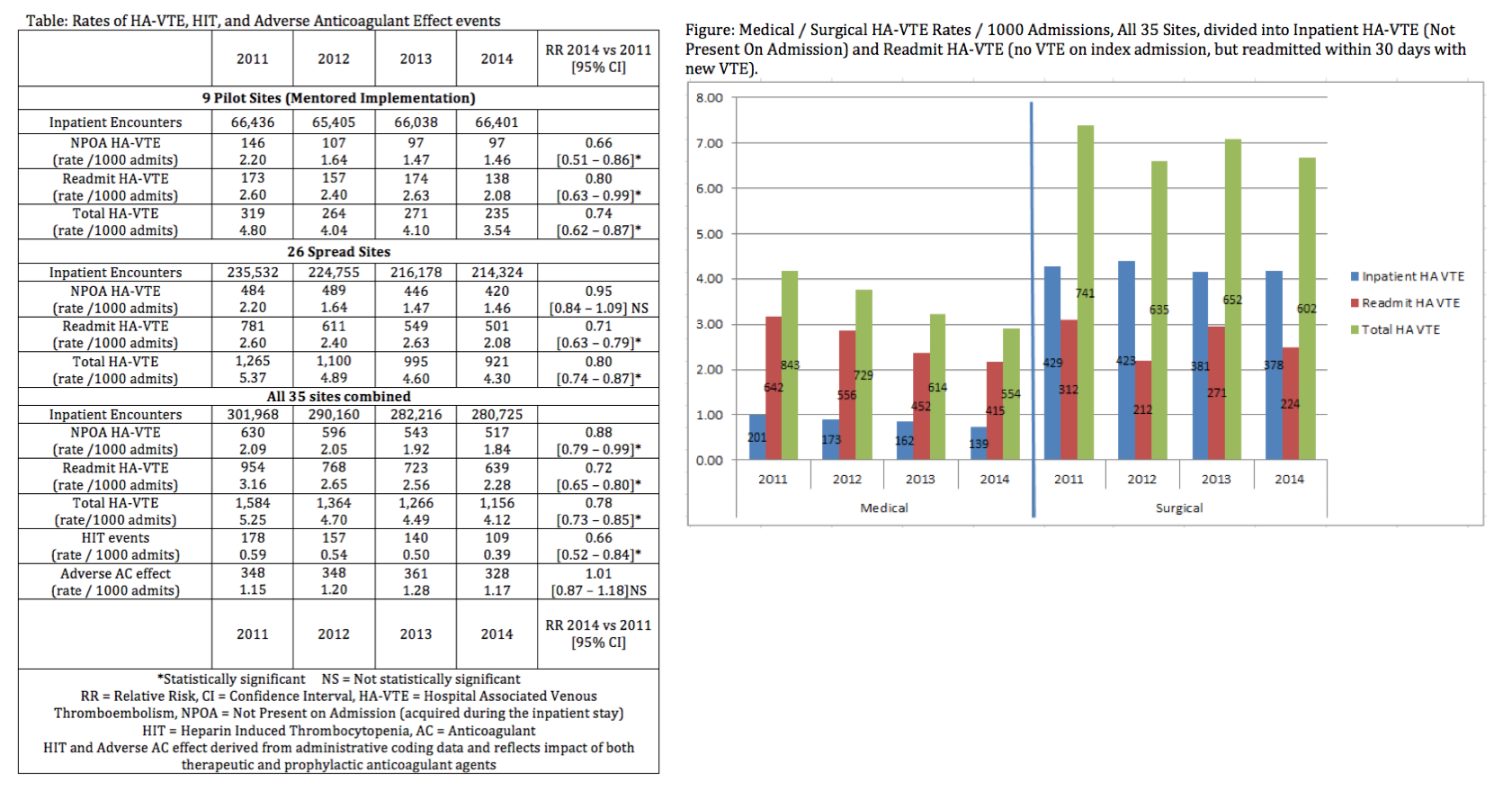