Case Presentation: Reversible posterior leukoencephalopathy syndrome (RPLS) is characterized by a combination of clinical symptoms and radiographic findings. Clinical signs range from headaches and visual disturbances, to more classic seizures.1 Radiologic findings usually include vasogenic edema in the white matter of the posterior lobes of the brain, especially occipital and parietal.2 Multiple etiologies have been proposed for RPLS, including acute renal failure and immunosuppressive drugs, especially the calcineurin inhibitors cyclosporine and tacrolimus.1,3 Temsirolimus has not been documented as a common cause of RPLS.
We present a case of a 60 year-old male, recently diagnosed with metastatic renal cell carcinoma resulting in a right nephrectomy, presenting with acute renal failure secondary to obstructive uropathy from pyelonephritis of his remaining kidney. He suffered a cardiac arrest secondary to a rapidly accruing malignant pleural effusion and was resuscitated, requiring a short course of hemodialysis due to hypotensive kidney injury. Once recovered, he was started on temsirolimus, and within 48 hours developed status epilepticus. MRI confirmed vasogenic white matter edema in the parietal-occipital region, indicative of RPLS. Strict supportive care resulted in neurological recovery and the patient was discharged.

While renal failure has been associated with RPLS, the patient had been stabilized and was being weaned off of hemodialysis at the time of seizure. Given the proximity of chemotherapy, we propose that temsirolimus caused his RPLS. While cyclophosphamide and tacrolimus are well documented to cause RPLS, this would be one of the earliest cases to implicate temsirolimus.

Discussion: The diagnosis of RPLS is made based on the clinical presentation and neuroimaging. Its causes are diverse, but common precipitants are acute elevations of blood pressure, renal decompensation, fluid retention, and treatment with immunosuppressive drugs.
Generalized seizures or multiple discrete seizures are well documented as one of the most common clinical manifestations of RPLS. Anatomically, white matter lesions, especially vasogenic edema in the posterior parietal and occipital regions are the classic findings. (1,7,16). Given the presence and location of the edema, hypertensive encephalopathy has been studied as a contributor or associate to RPLS (1,2).
The mechanism by which immunosuppressive therapy can cause the RPLS is less clear. Leading hypotheses speculate that immunosuppressive agents could damage the blood–brain barrier resulting in edema. Such damage could result from direct toxic effects on endothelium; vasoconstriction caused by elaboration of endothelin, with results similar to eclampsia; and microthrombosis, akin to hemolytic–uremic syndrome.1

Conclusions: In this case, the etiology of RPLS may have been multifactorial. The patient did have metastatic disease, and he also suffered from acute renal failure requiring hemodialysis. However, he had stabilized and was being weaned from dialysis when he was given tamsirolimus. 48 hours later he seized. The proximity of the chemotherapy and the development of RPLF cannot be ignored. We propose that his neurologic event was most likely caused by tamsirolimus. While other calcineurin inhibitors have been implicated in RPLS and seizure triggering, this would be one of the early reports of tamsirolimus-induced RPLS. 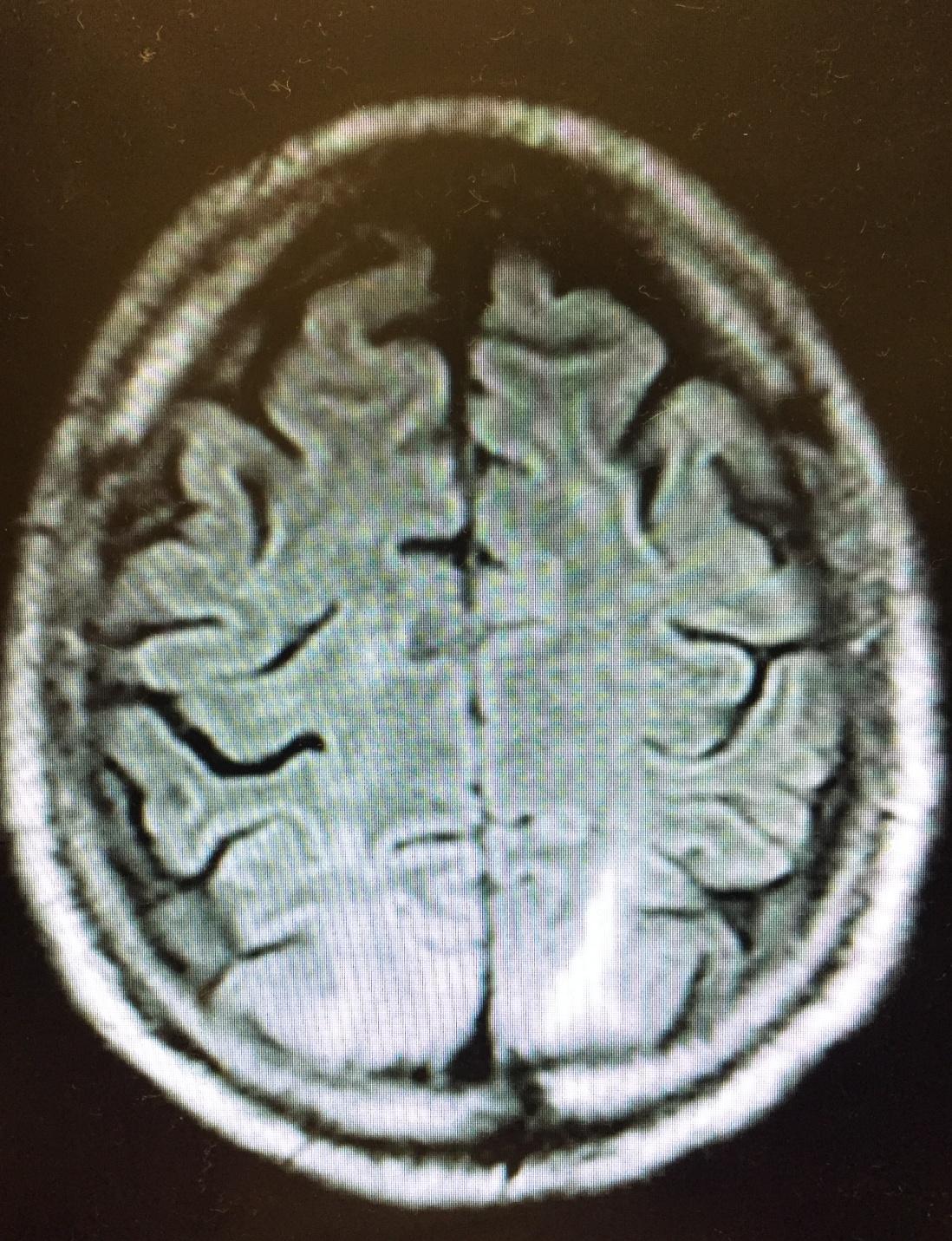