Methods: We conducted a cross-sectional study of children 6 months to 5 years with simple febrile seizures evaluated in the emergency departments (EDs) at 38 children’s hospitals in the Pediatric Health Information System database between 2016-2019. We excluded children with epilepsy, complex febrile seizures, complex chronic conditions, and those receiving intensive care. Outcomes included proportions of children who received neuroimaging, electroencephalogram (EEG), or lumbar puncture (LP), costs, and rates of hospitalization, for the study cohort and individual hospitals. Hospital-specific outcomes were adjusted for patient demographics and severity of illness. For each measure we then utilized hospital-specific values to calculate ABCs, defined as the best (lowest) rate of performance for each outcome, using the number of hospitals that would include 10% of the study cohort.

Conclusions: Rates of neurodiagnostic testing and hospitalization for simple febrile seizures were low but varied substantially across hospitals. Rate of hospitalization also varied across hospitals and rates of neurodiagnostic testing were significantly higher among hospitalized patients. Calculated ABCs were 0-1% for all measures, demonstrating that adherence to current guidelines is an attainable goal. 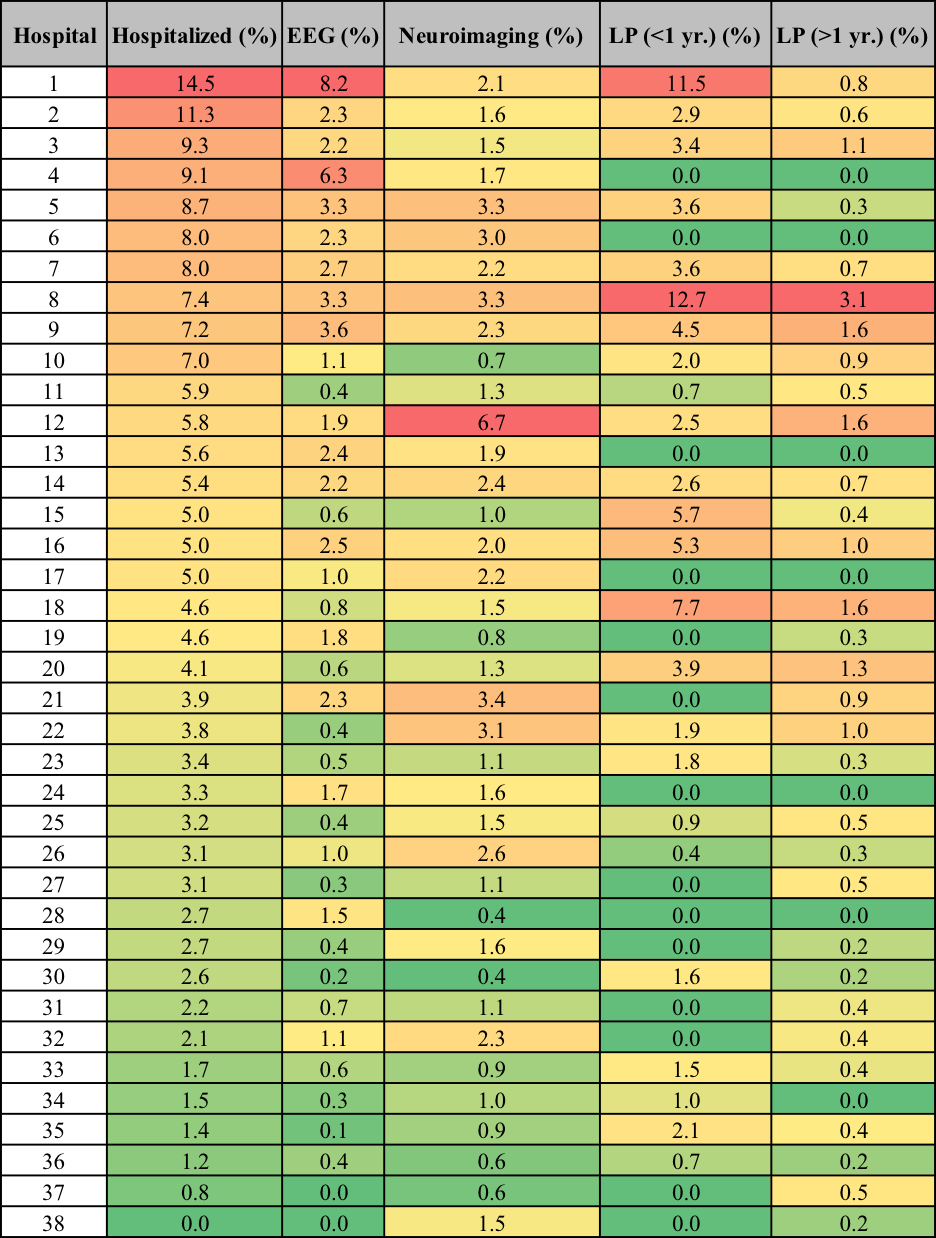 VARIATION AND ESTABLISHMENT OF ACHIEVABLE BENCHMARKS OF CARE IN NEURODIAGNOSTIC TESTING AMONG CHILDREN EVALUATED FOR SIMPLE FEBRILE SEIZURES.