An 18‐year‐old African American male brought in by his guardian with chief complaints of bizarre behavior for 10 days. The patient had (not unusually) “disappeared” for several days with friends. However, he had returned exhibiting strange behavior — talking to people that were not in the room, picking at things in the air, and laughing inappropriately. This prompted medical attention. In the ED, the patient was afebrile with stable vitals. He appeared disheveled and unkempt, displaying manic symptoms alternating with lethargy. He was clearty experiencing visual and auditory hallucinations. Cardiovascular, neurological, pulmonary, and Gl exams were documented To be “normal” Labs were normal and a drug screen negative. The patient was transfened to inpatient psych with a diagnosis of catatonia versus schizophreniform disorder. On hospital day 4, the patient spiked a fever to 102°F. CBC showed a WBC count of 21 K with 90% neutrophils and lymphopenia at 2%. Electrolytes and LFTs were normal. CXR, UA, and cultures were negative. Medicine was consuited for fever of unknown origin. We arrived to find an unkempt African American male who lay quietly in bed, staring out of his window. He was still in his street clothes and refused To wear a hospital gown. We worked hard to obtain a rapport with our patient. On detailed review of systems, he admitted his groin was tender. He refused To give us a sexual history, appearing fearful when the topic was raised. A complete examination was performed asking the patient to disrobe. Findings included a prominent acneiform eruption and conjunctival injection; GU examination revealed large, Tender inguinal lymph nodes with purulent discharge (Fig. 1). Groove sign was positive. Swabs were taken for culture. The patient refused a rectal examination. 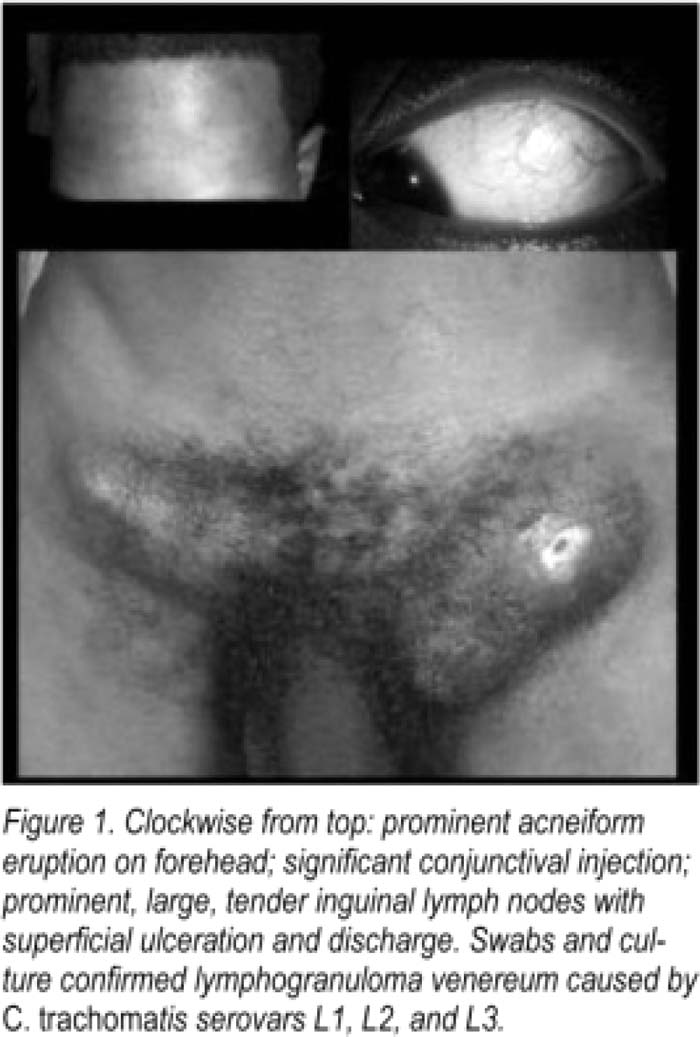 Our case illustrates the importance of the old adage: “al least once during their hospitalization, a patient must completely undress.” Testing revealed lymphogranuloma venereum, a rare STD caused by Chlamydia trachomatis with a rising incidence in the United Slates (Fig. 2). Further discussion with the patient revealed that he had been staying with an older man for 10 days and had been sexually assaulted. The police were able to track down his assailant who had just returned from Lagos, Nigeria, thus serving as a disease vector. Our patient was treated with 21 days of azithromycin and doxycycline and a single IM dose of Rocephin. Unfortunately, HIV PCR came back at 60 million copies/mL confirming acute HIV infection in our young patient. 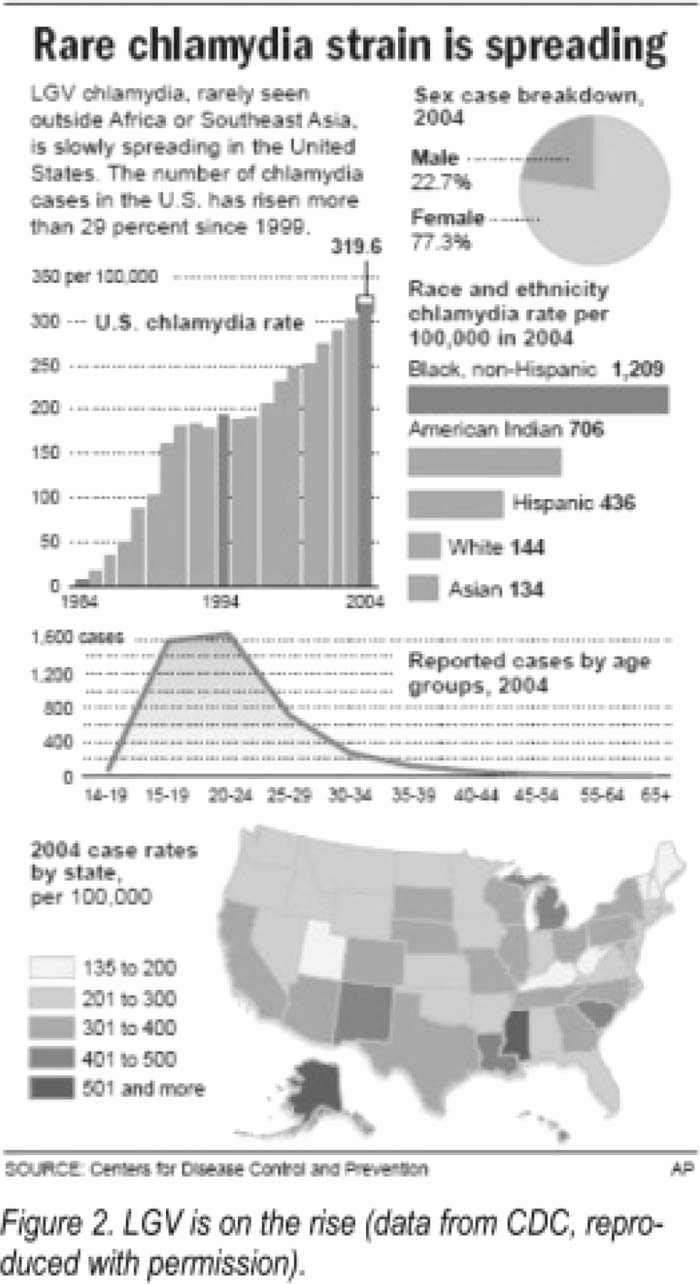 It is imperative that a detailed history and physical examination be performed in all patients presenting with unusual symptoms. In the case of our patient, his disease process had likely begun prior to admission but was missed because of the absence of an acute inflammatory response possibly due to HIV coinfeclion. “What lies beneath” could reveaf The answer To similar medical mysTeries.