Discussion: This case illustrates a rare presentation of HIV encephalitis in HAART era, with rapid and eventually fatal progression due to years’ untreated HIV infection. HIV encephalitis occurs due to the neuroinflammatory response to HIV penetration into the CNS via transmigration of infected monocytes/macrophages across the BBB. It can present with variable neurological deficits including cognitive and/or motor impairment. Such disease has shifted from a rapidly progressive form to a chronic degenerative process since the introduction of HAART. Focal abnormalities of high signal intensity in basal ganglia, brainstem are commonly seen on MRI for HIV encephalitis. HAART is the treatment for HIV encephalitis.
Although a positive EBV PCR test in CSF is considered a marker for primary CNS lymphoma in HIV/AIDS patients. Recent studies suggest it has been frequently detected in immunocompromised patients as “bystander” in the presence of other infectious pathogens, representing intracerebral EBV reactivation. 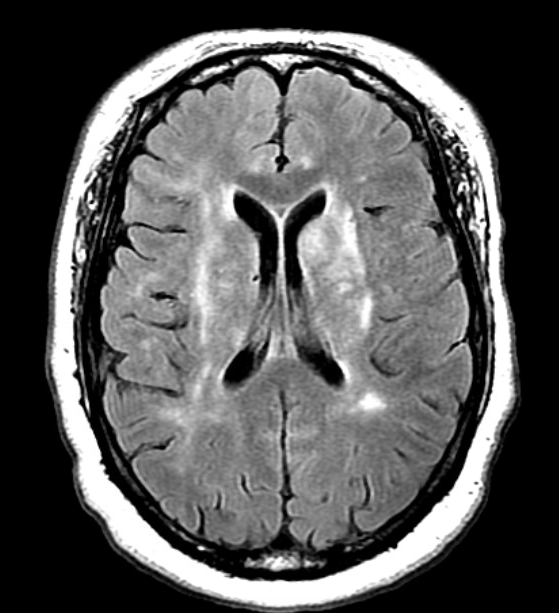