A DIAGNOSIS HIDING IN PLAIN SITE

Case Presentation: A morbidly obese, but otherwise healthy, 57 year old male, presented to his initial visit with his primary care provider with complaints of dysphagia, vomiting, and unintentional weight loss of 15 pounds over the previous month. He reported a sudden onset of vomiting after eating a large meal about a month prior. Following this episode, he had difficulty swallowing and vomited 15-20 minutes after eating. Eating small, frequent meals helped, yet he continued to experience symptoms and to lose weight. The patient denied night sweats, hematemesis, black stool, or frank blood in his stool. He denied smoking and had quit drinking alcohol in 2001. He was not taking any medications. The patient’s vital signs were stable and the only abnormal physical examination findings were obesity and an anterior abdominal mass.
Laboratory evaluation at the time of the initial visit revealed an ALT of 70 U/L (reference range: 21-72 U/L), calcium of 8.2 mg/dL (reference range: 8.4-10.2 mg/dL) and AIC of 6.0%. CBC, TSH, and the remainder of the comprehensive metabolic panel were in the normal range. An abdominal CT scan showed a 10cm ventral hernia containing colon.

The patient was seen by gastroenterology six months after the initial presentation and reported early satiety and an additional 70 pounds weight loss. An EGD showed mild esophagitis with positive H. pylori. A colonoscopy revealed a single polyp (tubular adenoma) in the ascending colon, but was otherwise negative. A gastric emptying study showed residual mild-to-moderate delayed gastric emptying at four hours.

Ten months after the initial presentation, the patient had lost 100 pounds and his AIC had dropped to 5.2%. An upper gastrointestinal study with small bowel follow through showed that the stomach was partially contained within the abdominal wall hernia. The patient underwent laparoscopic repair of the ventral hernia with subsequent complete resolution of all symptoms. Almost one year after surgical repair, the patient had gained 90 pounds.

Discussion: Excessive unintentional weight loss is considered an alarming symptom, with a broad differential including serious problems with extremely poor prognoses such as advanced cancer and HIV, or less complex gastrointestinal pathologies such as malabsorption syndromes, gastric outlet obstruction and others.
Here we present a case of what could be called “auto-bariatric surgery”. The initial presentation suggested a differential diagnosis of malignancy and/or an obstruction of the gastrointestinal tract. Although the patient did have an obstruction of the gastrointestinal tract, it took almost a year to make the diagnosis despite the fact that the answer was found on the initial physical exam one month after the onset of symptoms when the abdominal wall hernia was first noted.

Conclusions: When a patient presents with signs of obstruction of the gastrointestinal tract in the setting of anterior abdominal wall hernia, presence of stomach content should be expected in the hernia sac. Supine imaging studies may fail to detect this as stomach may slide back due to effect of gravity. We would recommend using an upper gastosintestinal follow through as dye would mimic food consumption and facilitate the stomach to be present in the hernia sac during the study.
Providers failed to link the only positive finding on exam to the patient’s symptoms. It was there in front of us all the time!
The lesson of this case, in addition to the importance of the physical exam, is found in Occam’s Razor: simpler theories are preferable to more complex ones. 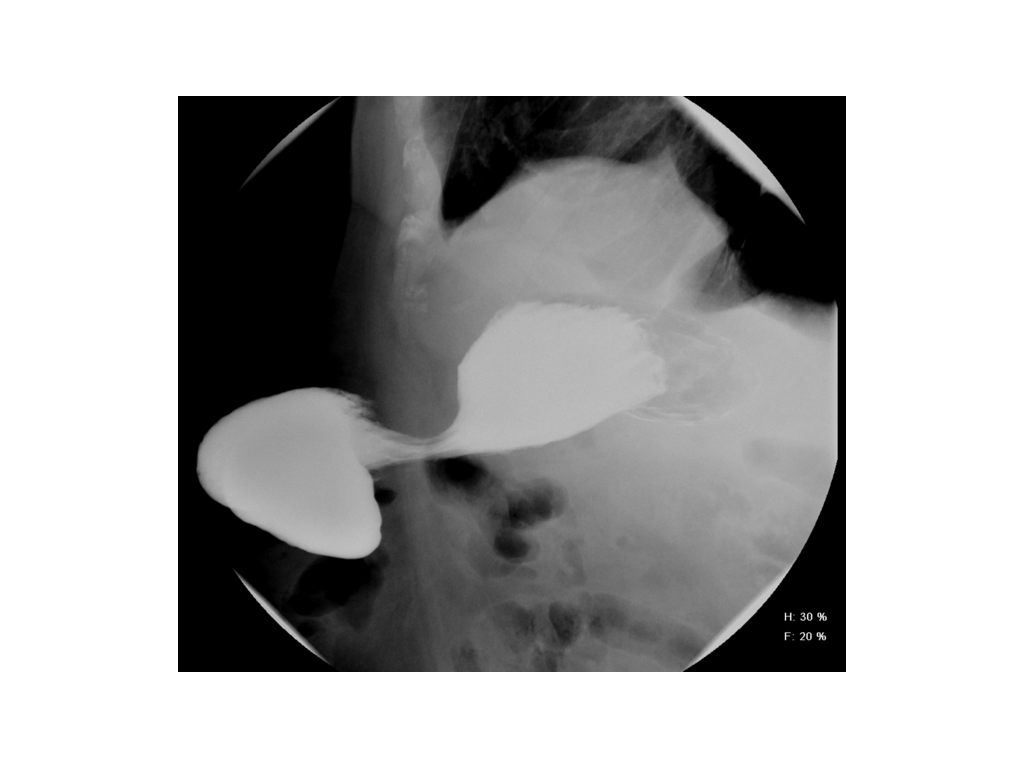 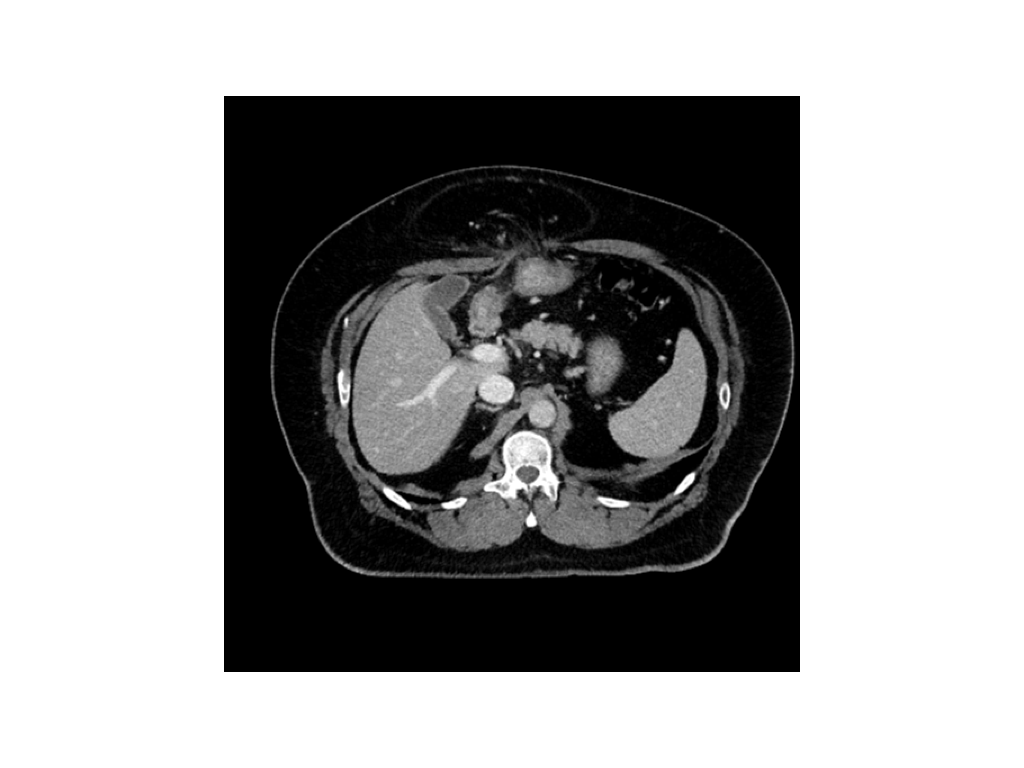 A DIAGNOSIS HIDING IN PLAIN SITE.