A GIANT BLOB OF FAT – A RARE CASE OF GASTRIC OUTLET OBSTRUCTION.

Case Presentation: A 70 year old man presented with four days of epigastric pain, nausea, vomiting and abdominal distension. He reported 50lbs of weight loss due to decrease in appetite over two months. He denied any hematemesis or melena. Physical exam was unremarkable except for diminished bowel sounds and positive stool guaiac test.
CT scan of abdomen/pelvis demonstrated a 6.5 cm gastric antral lipoma with an overlying 3.6 cm ulcer, causing gastric outlet obstruction; findings confirmed via upper endoscopy. Reviewing the imagings over the past four years showed that he had a progressively growing lipomatous growth within the stomach, asymptomatic until the current presentation.

Hospitalization course was marked by keeping him Nil Per Os, IV hydration, nasogastric tube decompression with biliary output. He underwent exploratory laparotomy, anterior gastrostomy and excision of lipoma. There were no perioperative complications and he was transitioned from TPN to post-gastrectomy diet which he tolerated well and was discharged. Pathology of the resected mass confirmed the diagnosis of submucosal gastric lipoma.

Discussion: Gastric lipomas are rare benign tumors of the GI tract of unknown etiology. The majority are submucosal but rarely, they can be subserosal in origin. Around 75% of lipomas are present in the gastric antrum but they can also be found in other parts of the stomach.

They are often detected incidentally on endoscopic procedures or imaging, or diagnosed due to their mass effect. Symptoms can range from abdominal pain to GI hemorrhage to obstruction. Pathology usually reveals a sessile/pedunculated submucosal lipomatous growth with an intact overlying mucosa, demonstrating the “Pillow/Cushion sign” on probing or “Tenting sign” on pulling the intact mucosa over the submucosal growth during endoscopy. CT imaging can reveal “Naked Fat sign” due to low attenuation of the fat.

Endoscopic ultrasound is the modality of choice to detect the layer of origin of the growth. Other imaging studies like transabdominal ultrasound, CT or MRI are useful for assessing growths outside of the gastric wall. As per the ACG guidelines, gastric lipomas are followed expectantly with no surveillance protocol. They warrant endoscopic/surgical resection if causing symptoms.

Conclusions: Gastric lipomas are usually incidental findings on imaging or upper endoscopy. They are usually benign but can progress to cause mechanical mass effects including gastric outlet obstruction. Mainstay of treatment is surgical removal when symptomatic. 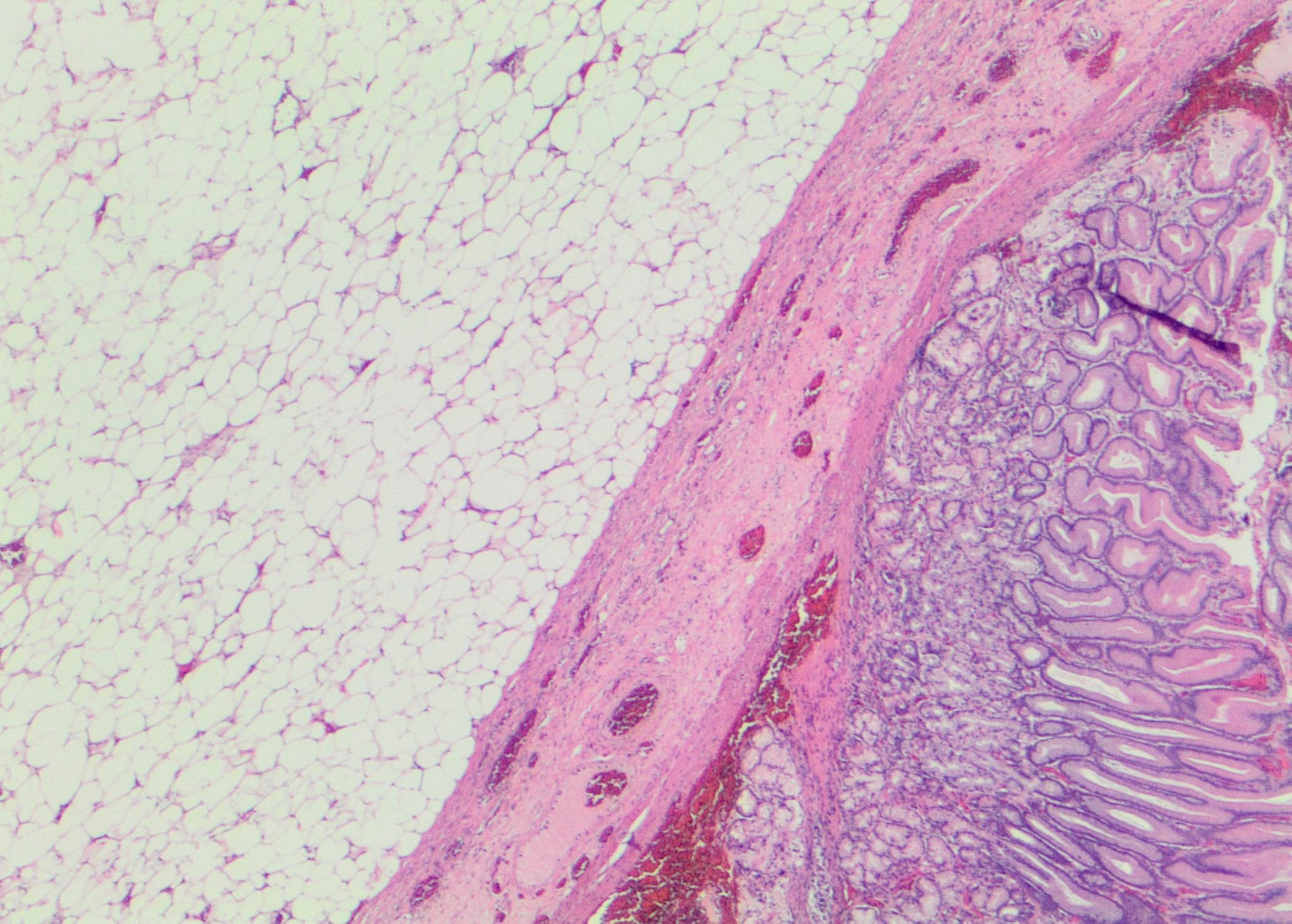 A GIANT BLOB OF FAT – A RARE CASE OF GASTRIC OUTLET OBSTRUCTION..