Case Presentation: A 36-year old male with a past medical history of polysubstance abuse presented to the emergency department for evaluation of gradual weakness. Associated symptoms included anorexia, intermittent melena, and unintentional weight loss for the past eight weeks. On exam, he was cachectic, had pale conjunctiva, tachycardic, and had a soft, non-tender abdomen. Labs were significant for microcytic anemia with hemoglobin 4.1 g/dl and ferritin 10 ng/ml with elevated lactate and LDH levels. The peripheral blood smear revealed no immature cells. Abdominal ultrasound was significant for an 8.5 cm mass in the right lower lobe of the liver. Magnetic resonance imaging of the abdomen found large bilateral adrenal masses with bulky retroperitoneal masses concerning for disseminated lymphoma and multifocal areas of bowel wall thickening suspicious for malignant lymphomatous involvement. Esophagogastroduodenoscopy (EGD) showed multiple non-bleeding gastric ulcers and a large, villous mass in the gastric fundus for which biopsies were obtained. Immunohistochemistry from this biopsy revealed 71% of cells positive for MYC-IGH [t(8;14)] and Ki67 staining exceeding 99%. Tissue biopsy of right retroperitoneal mass showed CD5-CD10+ B-cell lymphoma, and bone marrow biopsy and cerebrospinal fluid was negative for lymphoma. He was given a diagnosis of Burkitt lymphoma (BL). PET scan showed hypermetabolic activity in the bilateral adrenal mass lesions, mediastinal, retroperitoneal and mesenteric lymph nodes, stomach and small bowel walls, and left thyroid gland nodule. He was started on prednisone with plans to initiate chemotherapy however his course was complicated by hemorrhagic shock due to upper gastrointestinal bleeding from serpiginous nodular mucosa in the duodenal bulb with friable mucosa seen on emergent EGD. The patient underwent successful glue embolization of the lower jejunal branch of SMA with subsequent resolution of hematochezia. Repeat EGD and colonoscopy showed no signs of active or old bleeding.

Discussion: Burkitt lymphoma (BL) is a mature and aggressive B-cell lymphocytic malignant tumor with overexpression of c-MYC resulting from a 8q14 translocation as the hallmark sign. Only 1-2% of adult patients with non-Hodgkin lymphomas have BL. It can be categorized as endemic, sporadic, or immunodeficiency-related. Our patient was a white male born in the United States, who had a significant history of only polysubstance abuse, but had no evidence of immunodeficiency such as HIV or hepatitis C. While sporadic BL can involve distal ileum, stomach, and cecum, the duodenum is not typically involved. To our knowledge, only case reports exist in medical literature when referring to gastrointestinal bleeding from duodenal tumor erosion due to BL.

Conclusions: We present the case of a male who presents with symptomatic anemia in the setting of newly diagnosed BL with hospitalization complicated by recurrent upper gastrointestinal bleeding from friable duodenal mucosa from tumor erosions. While suspicion of lymphomas should be present when treating immunocompromised patients with signs of gastrointestinal bleeding, prompt diagnosis was difficult for this patient without immunodeficiency. Given the rapid nature of this disease, prompt diagnosis and treatment is crucial to initiate immediate therapy. Early endoscopic intervention with biopsy assisted in diagnosis of this rare presentation and identified source of bleeding, therefore should be warranted to improve outcomes in such patients. 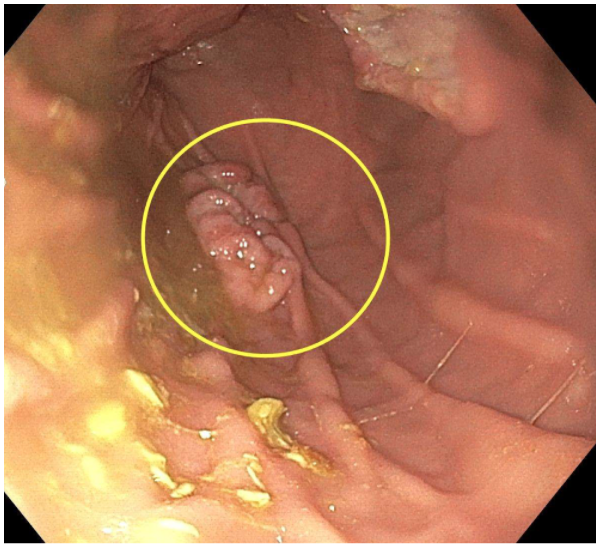 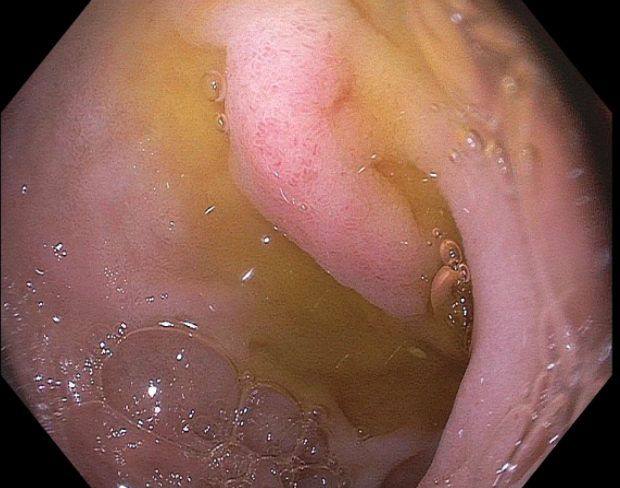