Background: The “weekend effect” is a term to define worse outcomes among patients that present to the hospital on weekends. For upper gastrointestinal bleed (UGIB) some of these outcomes include increased mortality and increased length of stay (LOS). A 2018 meta-analysis suggests that mortality is higher for non-variceal bleed than for variceal bleed for weekend admissions. No increased length of stay was observed for weekend admissions. Factors that contribute to these worse outcomes are not fully understood but could be related to decreased staff and underutilization of the endoscopy suite during the weekend. This study is aimed at determining whether there is a “weekend effect” for length-of-stay at our institution, a tertiary referral academic hospital.

Methods: This was a retrospective study comparing the LOS for week and weekend admissions among patients with UGIB in the fiscal year of 2017 at our institution. Weekday admission was defined as occurring Monday through Friday. Weekend admission was defined as occurring on Saturday or Sunday. The data was collected by using the ICD-10 billing codes diagnoses that accounted for UGIB, as described in Spencer 2009. Patients who were younger than 18 years and had LOS > 10 days were excluded. The means for LOS, LOS index and hospital charges for weekday and weekend admission were compared by conducting a two-tailed t-test analysis.

Conclusions: Our results suggest that there is no increased length of stay at our institution for patients admitted with UGIB over the weekend when compared to weekday admissions. Further, our LOS index for weekend and weekday admissions were <1.0 indicating that our LOS performance for UGIB is comparable to the national average. Previous meta-analyses concluded that there does not seem to be a weekend effect on LOS and that weekend admission is associated with significant increase in mortality in patients with non-variceal bleed. While we have not studied whether this statement holds true in our institution, our analysis would suggest that an increased LOS is likely not a contributing factor to any possible UGIB mortality that we may observe in future studies. Further, no difference was found in inpatient hospital charges for UGIB. This study is limited by power as it is a single-center study that included one fiscal year of data. In subsequent analysis we will examine the weekend effect on UGIB mortality, and further subdivided these into variceal versus non-variceal bleeds. 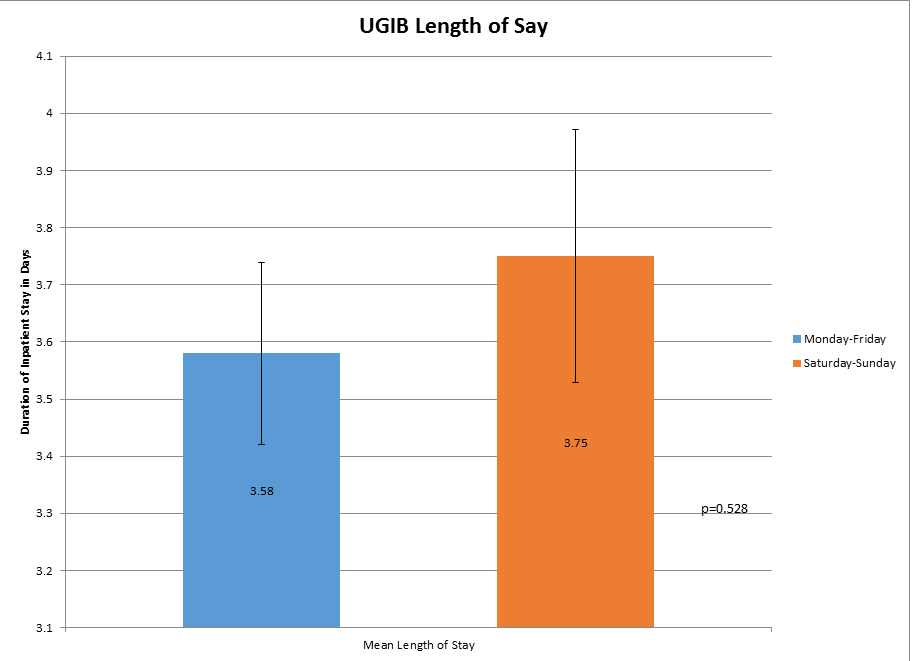 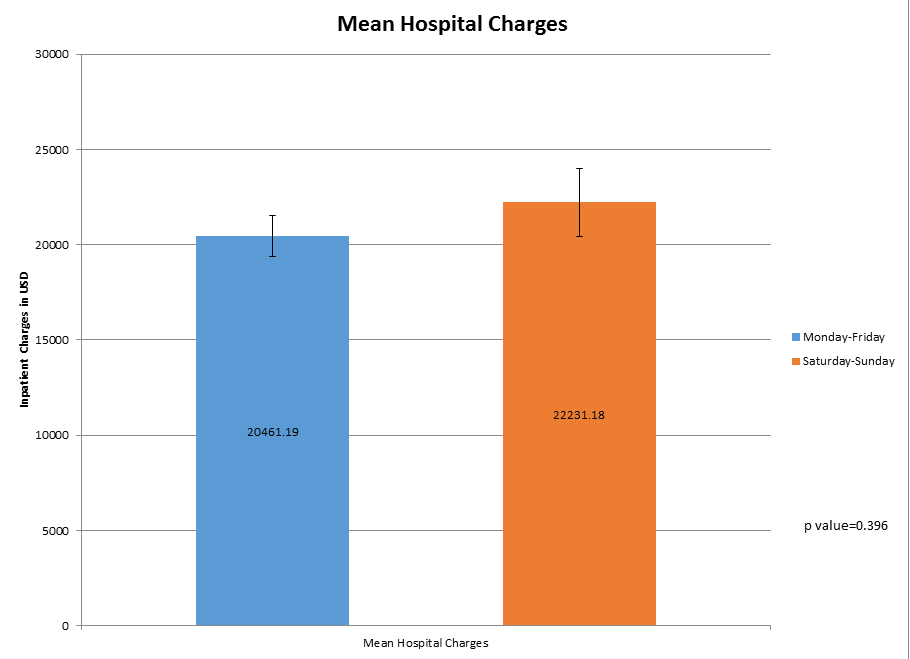 ANALYSIS OF UPPER GASTROINTESTINAL BLEED AND WEEKEND EFFECT ON LENGTH OF STAY IN A TERTIARY REFERRAL ACADEMIC HOSPITAL.