Case Presentation: A 74-year-old male with a known history of hypertension, chronic kidney disease, and depression presented with 5 days of upper abdominal pain that radiated to the left chest and frequent muscle spasms. He was evaluated in the emergency department for right upper quadrant abdominal pain. Due to concerns for cholecystitis, point-of-care ultrasound was performed at the bedside. The gallbladder was clearly visualized with a negative sonographic Murphy’s sign and no signs of pericholecystic fluid and gallbladder wall thickening were observed. During the exam, he was noted to have spontaneous, repeated muscle contractures of his abdominal wall. A detailed exam revealed ocular clonus, hyperreflexia, and rigidity of bilateral lower extremities. After a review of his medication list, it was noted that he was only taking bupropion 150 mg twice daily. Serotonin syndrome was diagnosed using Hunter’s criteria. Bupropion was discontinued and diazepam and supportive care were initiated after which symptoms began to improve. Lab review over the past 2 years revealed progressively worsening renal function with a decrease in glomerular filtration rate from 60 to 37. While obtaining information from the family, it was revealed that he was diagnosed with severe serotonin syndrome 2 years prior while he was on sertraline.

Discussion: Serotonin syndrome is a potentially life-threatening condition caused by excessive serotonergic activity in the nervous system. Serotonin syndrome classically presents as the triad of autonomic dysfunction, neuromuscular excitation, and altered mental status (1). These symptoms occur because of increased serotonin levels which can affect the central and peripheral nervous systems. The diagnosis of serotonin syndrome is clinical and based on a history of ingesting serotonin-elevating medications and physical findings as per Hunter Serotonin Toxicity Criteria (2). In patients experiencing serotonin syndrome, symptoms usually resolve following the discontinuation of serotonergic medications. Cases of serotonin syndrome have been shown with high doses of bupropion. Bupropion blocks dopamine and norepinephrine reuptake transporters and noncompetitively inhibits nicotinic acetylcholine and serotonin type 3A receptors (3). Retrospective analysis of data collected by the Toxicology Investigators Consortium from 2014 to 2017 found that serotonin syndrome was diagnosed in 6% of single agent bupropion overdoses (4). Bupropion clearance has been found to be significantly decreased in patients with renal impairment. The elimination half-life was prolonged and drug clearance was markedly reduced in patients with renal dysfunction after intake of various antidepressants drugs including bupropion (5). Renal disease can alter drug concentration potentiating their effect and causing an overdose.

Conclusions: In this case, the patient presented with worsening renal function secondary to uncontrolled hypertension which led to decreased bupropion renal clearance and subsequent toxicity resulting in serotonin syndrome. It is important for clinicians to perform a frequent review of medication regimens. This practice facilitates deprescribing, monitoring for adverse reactions, and changes in pathophysiology that may necessitate dose reduction such as progressively worsening renal function. 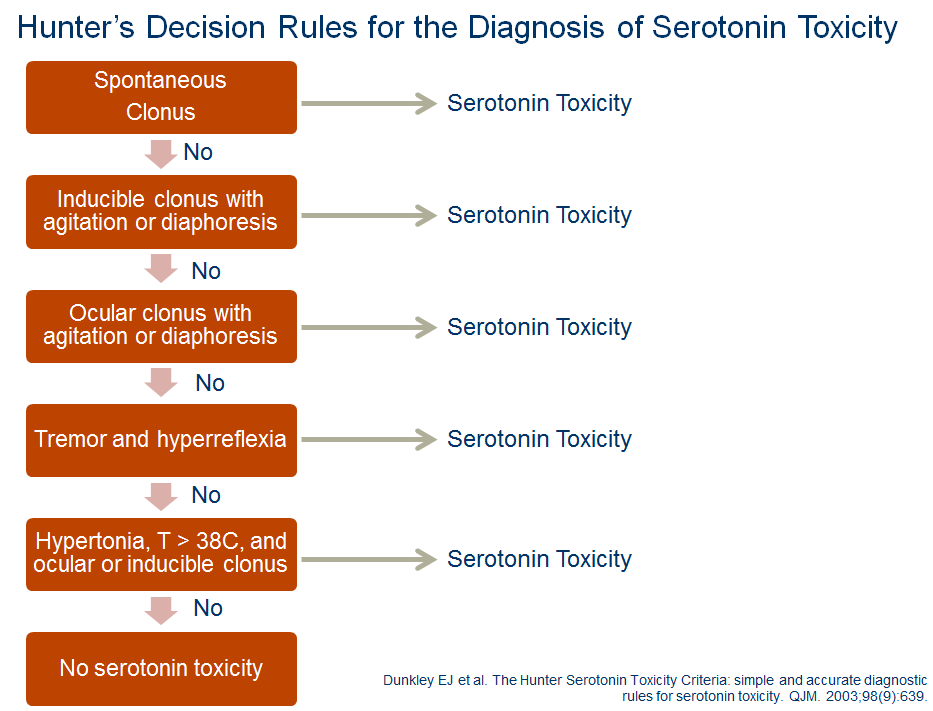 BUPROPION TOXICITY LEADING TO SEROTONIN SYNDROME IN THE SETTING OF WORSENING RENAL DISEASE.