CASE OF A MESSY RASH

Discussion: The association between SLE and other bullous skin diseases like pemphigus is recognized. Wolfram and cols first described the case of patient with SLE that later developed acute intermittent porphyria in 1952. Since then it was recognized not only the association of systemic lupus with different types of porphyria but also of discoid lupus and subacute lupus. A study from the Mayo clinic comprising 676 cases of porphyria followed for a period of 20 years showed that SLE was present in 2.2% of them. The reasons of the association between porphyria and lupus are unknown. Harris and cols proposed that porphyria can trigger an immune response favoring SLE. The accumulation of porphyrins causes activation of the complement system and increases neutrophil chemotaxis when there is exposure to ultraviolet rays. Besides that, porphyrins are toxins that causing tissue damage release auto antigens that will serve as a source for antibody formation. Both SLE and porphyrias have a predisposing genetic component situated in the same chromosome. The gene for the decarboxylase of the uroporphyrinogen, the enzyme deficient in cases of PCT, is located in chromosome 1(1p34) and the region 1q41-1q42 has been associated with SLE.

Conclusions: Although uncommon, the association between porphyria and lupus deserves attention mainly because of therapeutic challenges. Anti malaria medication largely used for SLE, if prescribed in its full dose can lead to a massive porphyrinuria with fever, nausea and increase of the hepatic enzymes and some cases of hepatic necrosis.  Since anemia may be present in some patients with SLE, phlebotomy may be unwise; moreover, phlebotomy can be an exacerbating factor for some patients with combined disorders. 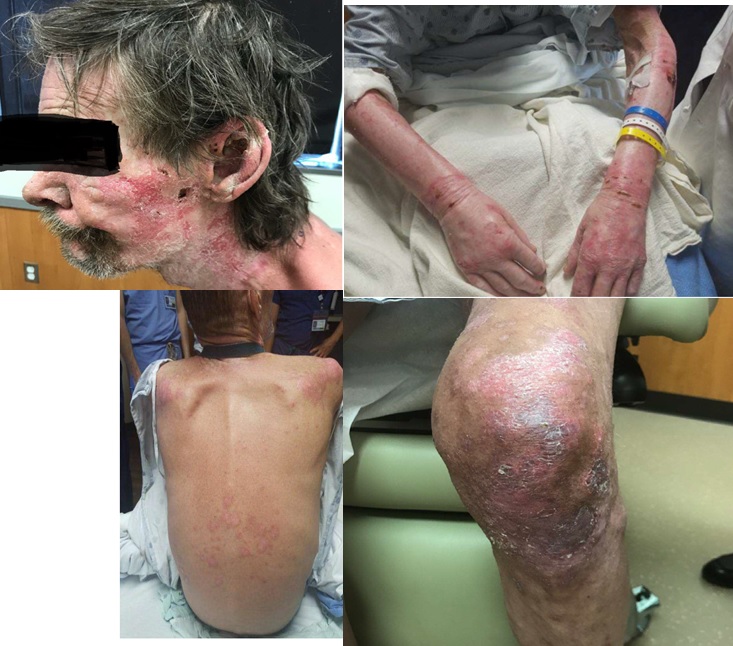 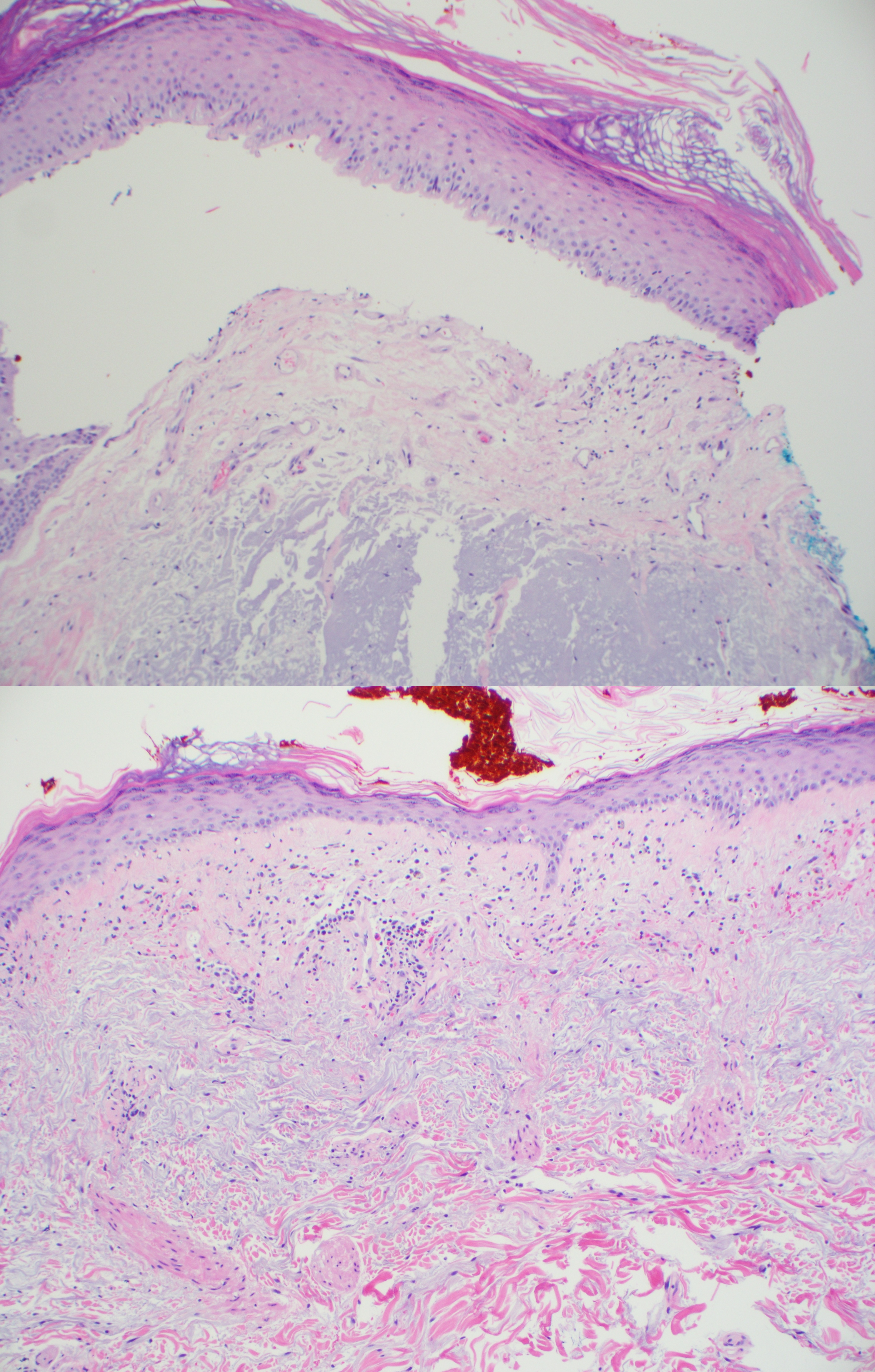 CASE OF A MESSY RASH.