Results: The dataset included 75,144 hospitalizations with a primary procedure code of hip fracture (Table 1). The mean patient age was 72.8 years, and 67% were female. Hospitalizations occurred at 181 hospitals, the plurality of which (42.9%) were minor teaching hospitals. The fraction of hospitalizations which included a TTE, stress test, and cardiac catheterization was 12.6%, 1.1%, and 0.5%, respectively (Table 1). Overall, 13.5% of patients underwent any cardiac testing. The use of TTEs showed a significant increasing trend from 2011 to 2014 (OR 1.04, p<0.0001) (Figure 1).

Conclusions: We found rates of ischemic testing (stress tests and cardiac catheterizations) to be appropriately, and perhaps surprisingly, low. Our results on ischemic testing rates are consistent with previous studies, which have focused on the outpatient setting. The rate of TTEs was higher than in previous studies of the outpatient preoperative setting, though it is unclear what an optimal rate would be. Our findings highlight the importance that quality initiatives focus on true areas of inappropriate utilization. These are the areas in which improvements will have a major impact on healthcare spending. 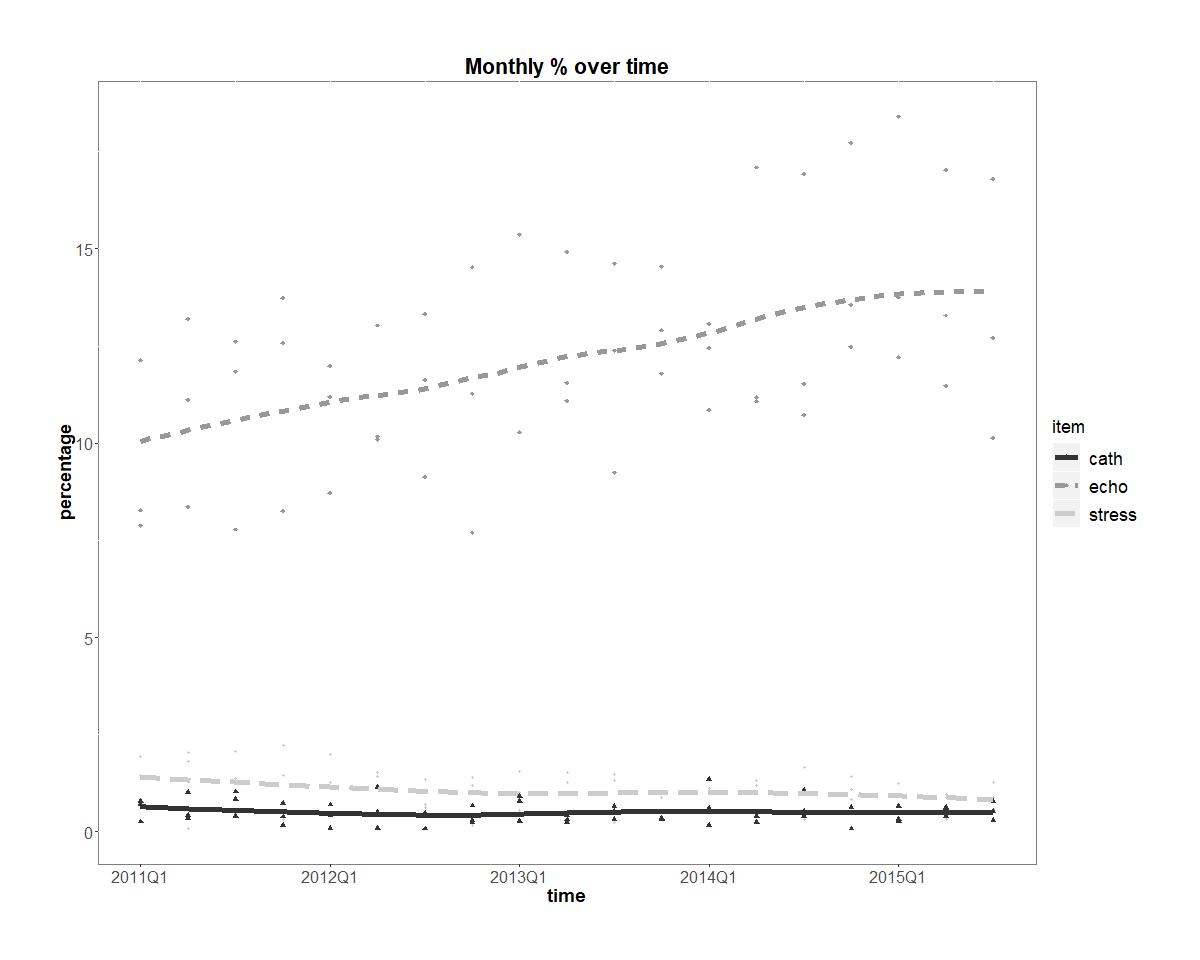 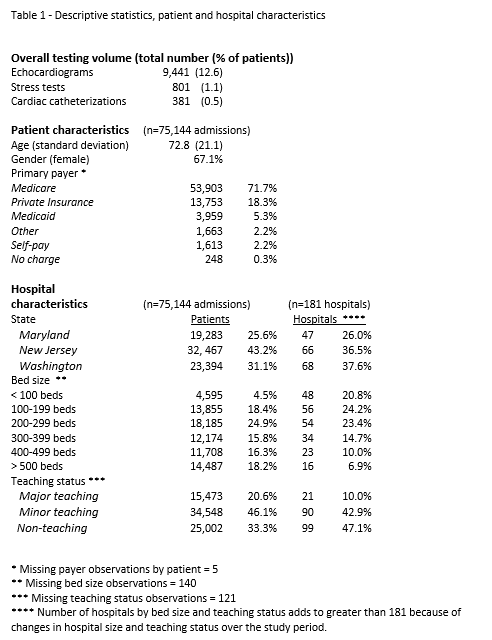