Background: Hospital Onset Clostridium difficile infection (HOCDI) is one of the most common causes of hospital acquired diarrhea. As per a recent study, the mean healthcare costs attributable to primary Clostridium difficile infection (CDI) is about $24,205 per patient. This would be a lot more if the patients were to be discharged to skilled nursing facilities secondary to CDI. Our study is the first we are aware of that aims to evaluate whether HOCDI increases the risk of patient discharge to Skilled Nursing Facilities (SNF).

Methods: A case control study was conducted using a list of patients who were admitted to Unity Hospital, New York from 11/2012 to 3/2018 and had a stool polymerase chain reaction test for clostridium difficile toxin. We identified 194 case control pairs, who were matched by stool specimen collection month. A case of HOCDI is defined as a patient with diarrhea onset after 3 days of hospitalization, positive result on a stool Clostridium difficile toxin assay, and had not had a positive assay in the previous 8 weeks as per IDSA-SHEA guidelines. Control is a similar patient with negative test result. Patients who were admitted from SNF were excluded from the analysis, as they are likely to return to SNF. Variables listed in Table 1 were assessed by logistic regression.

Conclusions: Based on our findings, HOCDI is found to be an independent risk factor for skilled nursing facility discharge among patients admitted from home. Our study limitations are retrospective design and small sample size from a single institution. We do not have data on early mobilization or physical therapy in this population. Further studies to evaluate if these interventions or any others could avert the increased use of SNFs in this population would be valuable. 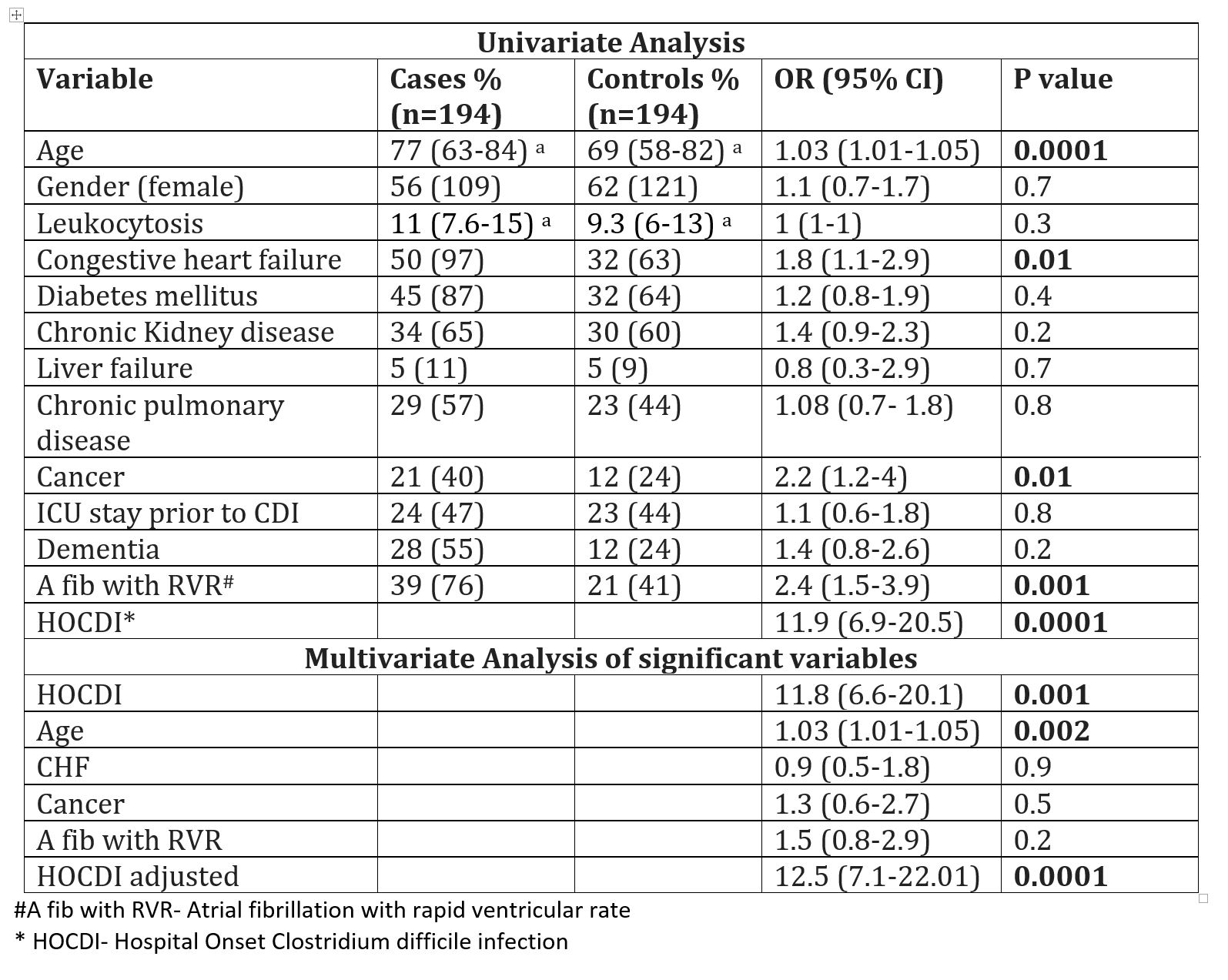