Discussion: We present a case of bleeding Candida gastric ulcer in a healthy adult with no identified immuno-compromise state/ immunosuppressive treatment/ Alcohol intake or drug abuse.  Could the long-term use of Omeprazole be implicated for change in stomach pH allowing Candida infection or did the chronic gastritis predispose to Candida infection, remains unclear? There are small studies suggesting no correlation between the use of H2 receptor blockers or PPI on Candida colonization/ gastric ulcers. Also there is no clear consensus on management of Candida gastric ulcer as well as the role of PPI with antifungal treatment has been debated in few case reports. With the prognosis being poor in untreated patients, role of surgery also has been debated unless in significantly sick patients.

Conclusions: We present one of the rare presentations of Candida causing invasive necrotizing gastric ulcers in apparently healthy stomach. Further research is implied in studying Candidal gastric ulcers and the long-term effect of stomach pH altering medicines in elderly patients and provider caution/ education in use of medicines such as NSAIDS in demented patients. 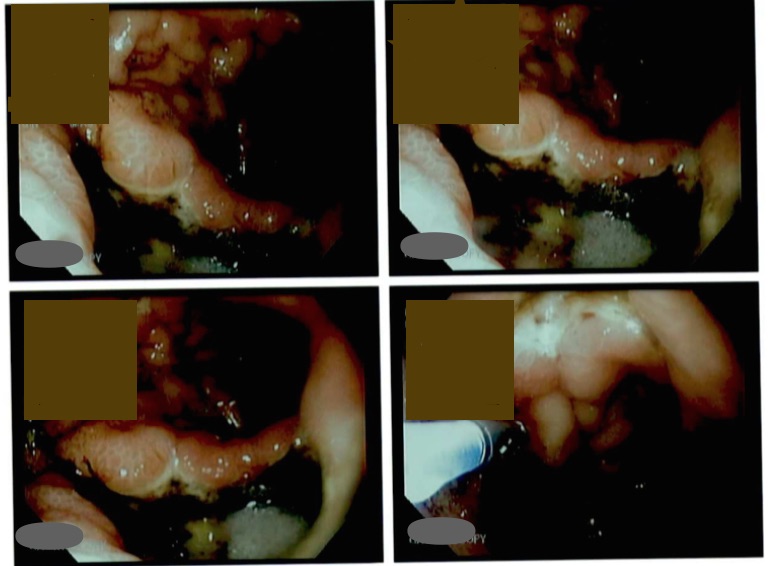