Case Presentation: 80 year old male with no significant cardiac history presented with worsening dyspnea (NYHA I to NYHA III) over a period of 3 months with episodic dizziness. He underwent Holter monitoring, which showed 7% episodes of monomorphic non-sustained VT coinciding with symptoms. Echocardiogram showed preserved left and right ventricular systolic function. Stress testing to rule out ischemia revealed a possible of reversible posterior basal ischemia but cardiac catheterization was negative for obstructive coronary artery disease. His symptoms did not improve with long acting beta blockers. On a follow up visit, he was again noted to have long runs of slow NSVT and admitted for initiation of medical cardioversion with amiodarone which was discontinued due to prolonged QTc interval. On close inspection of EKG by electrophysiologists, it was determined that the source of his VT was epicardial as against the more commonly seen endocardial focus. Cardiac MRI was negative for structural abnormalities or scars. Patient opted for a trial of medical therapy with sotalol instead of radiofrequency ablation.

Discussion: Majority of VTs of chronic ischemic disease are subendocardial in origin, though up to 12-17% of VTs can originate from an epicardial focus. Prevalence can be as high as 25-35% in dilated nonischemic cardiomyopathy and 41-53% in arrhythmogenic right ventricular cardiomyopathy. Most remain idiopathic and manifest as a pattern mimicking RBBB with left axis deviation.It can be identified on an EKG, even though no single finding is considered gold standard. When initial activation starts at an epicardial site, there is an intramyocardial delay in the activation of the His Purkinje system which is reflected as initial slurring of QRS complex and is referred to as the “pseudo delta” wave. A pseudo delta wave of >34 msec and an intrinsicoid deflection time >85 msec in lead V2 has >90% specificity in predicting epicardial origin of VT. Other parameters include a maximum deflection index (MDI) >0.55msec, Q waves in lead 1, shortest RS complex duration >121 msec.
Theoretically, there may be a difference in effectiveness of antiarrhythmic pharmacological therapy as there are differences in action potential characteristics between endo and epicardium, but no difference in efficacy has been found in studies. Epicardial radiofrequency ablation is the treatment of choice and is deemed immediately successful in 76% of patients, with about a quarter having recurrent VT by end of a year.

Conclusions: Epicardial VTs are more common than thought, tend to be idiopathic and are mostly not a risk factor for sudden cardiac death. Consider looking for it on EKG in a patient with no underlying ischemic disease or with a failed endocardial radiofrequency ablation. 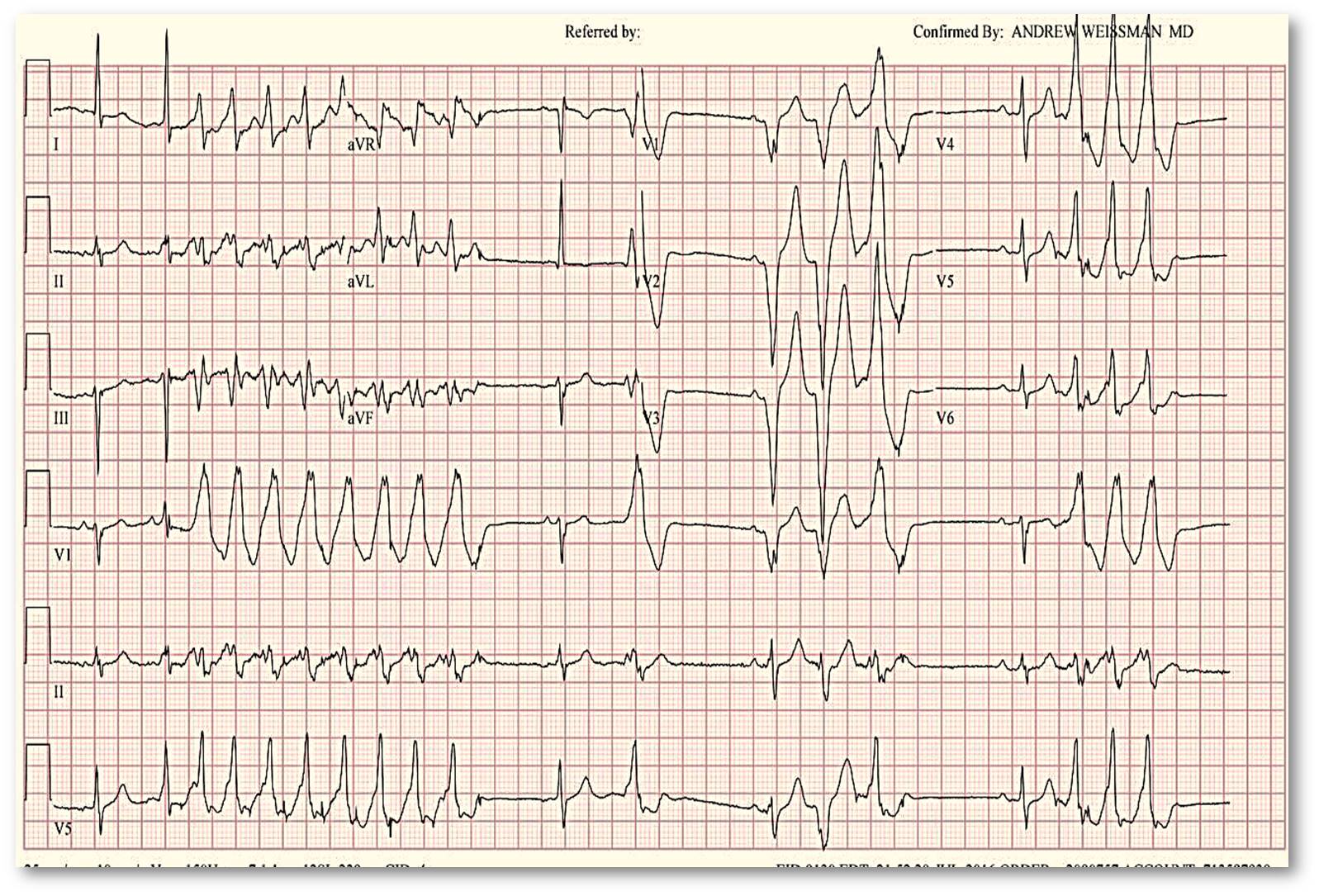