Case Presentation: A healthy 50-year-old woman with no past medical history was transferred from an outside hospital for intermittent, progressively worsening abdominal pain of six weeks duration. Her pain was sharp, stabbing, and located in right upper quadrant. She had been given doxycycline previously to treat for atypical infections. However, pain episodes continued to worsen and she developed nausea, vomiting and diarrhea. A computed tomography scan revealed a complex, multiloculated, partially calcified, exophytic, 11.2 x 7.3 x 4.5 cm cystic mass in the left lobe of the liver and a peripherally calcified, centrally hypoattenuated cyst in the right lobe of her liver. Based on the morphology of the lesions as well as her history of being a rural sheep herder in northern New Mexico who previously rescued sick stray dogs, a presumed diagnosis of cystic echinococcosis was made and she was prescribed albendazole. Four days later she had no resolution of her symptoms and developed a fever, therefore she was transferred to our facility for evaluation by surgical oncology for definitive treatment of the cystic lesions via resection.
At presentation, her vitals were unremarkable. There was no leukocytosis though she did have moderate eosinophilia of 2000/µL. She also had moderate elevations of her liver function tests with direct bilirubin and alkaline phosphatase peaking at 2.3 miligrams per deciliter and 425 units per liter, respectively. The echinococcus IgG titer returned at 6.14 (normal is less than 0.9) confirming the diagnosis. The patient received albendazole in the hospital and was discharged on praziquantel for several weeks with plans for outpatient elective surgical resection of the entire left lobe of her liver.

Discussion: Cystic echinococcosis is a rare disease in North America, but is endemic in all continents except Antarctica. Echinococcus is a genus of tapeworm with a usual definitive host of the Canis genus including dogs and wolves with a typical intermediate host of ruminants such as sheep and goats. Human infection occurs when eggs from contaminated dog feces are accidentally consumed, assuming the role of the intermediate host. Hydatid cysts most commonly occur in the liver and reportedly grow approximately 2-10 mm per year.

Conclusions: Cystic echinococcosis often begins as an asymptomatic disease that can lead to clinical deterioration as the size of the hydatid cyst expands. The World Health Organization recommendations for treatment are classified by size and complexity of cysts. Surgery is typically reserved for large (> 10 cm), complicated, or multiloculated cysts. For inoperable cysts or in patients where the risk of surgery is too high another option is percutaneous, aspiration, injection (of a protoscolicide), and re-aspiration (PAIR) procedure. The mainstay of treatment is with anti-helminthic medications, primarily mebendazoles and praziquantel. 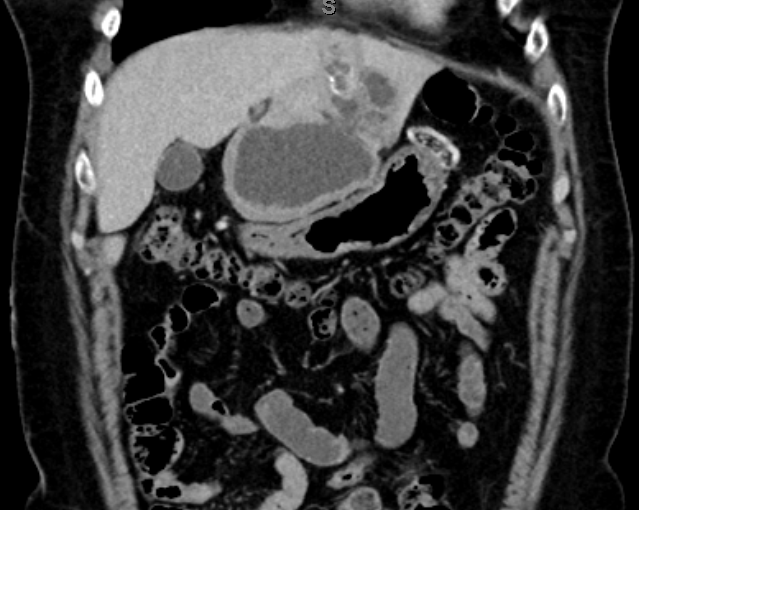