MAMA’S GOT MOVES: A QUALITY IMPROVEMENT ASSESSMENT OF THE EFFECT OF YOGA IN GESTATIONAL DIABETES

Background: Gestational diabetes mellitus (GDM) is defined as carbohydrate intolerance of varying degrees of severity with onset or first recognition during pregnancy (1). In 2013, 6 million women in India were diagnosed with some form of hyperglycemia in pregnancy, of which 90 % were GDM (2). Yoga is an important aerobic activity that may decrease the prevalence of GDM. The prevalence of GDM varies globally even within a particular country, depending on the racial and ethnic composition of the population and risk factors. The mechanism in which yoga is hypothesized is to reduce activation of the sympathoadrenal system and hypothalamic-pituitary axis which in turn reduces the risk of stroke, hypertension, and perceived stress (3). Another mechanism is that it induces parasympathetic activation, which lowers heart rate, blood pressure and lowers the risk of GDM, hypertension, preeclampsia, and premature birth. This research was carried out in India, where the prevalence of GDM has gradually increased (4,5). This study aims to assess the impact of yoga on women with GDM.

Methods: A prospective study was conducted between May 2016 to May 2018 in the outpatient department of antenatal care in Southern Railway Headquarters Hospital, Perambur, Chennai. All the pregnant women with GDM were considered as the study population; 59 were included in the final analysis. Pregnant women were placed in the structured yoga intervention (Yoga group, Y) or standard therapy (control group, C) groups as per hospital protocol for GDM based on their willingness. The primary outcome of interest was glycemic control as measured by fasting and postprandial blood glucose levels. Women in group Y were to practice a yoga regimen for 30 min every day. Subjects visited the study center weekly once for review and follow-up for 12 weeks. Yoga protocol manual instruction was given to subjects, and weekly 6 days of yoga were accomplished (one day in the study center and the remaining days at home). The following precautions were taken into account before formulating the yoga protocol which includes avoidance of all abdominal compressing maneuvers, high-frequency exercise, rapid breathing, vigorous, strenuous, and rapid movements. Post-test data was collected and reassessed after the completion of 12 weeks of the yoga program and before delivery.

Conclusions: This study was conducted to assess the impact of yoga in women with GDM and found that yogasignificantly allowed for better achievement of glycemic control with minimal need ofmedications as compared to the group that did not practice yoga. Yoga is safe and of paramountefficacy to low-impact exercises for both mother and fetus.

IMAGE 1: Suggested yoga regimen for the patients enrolled in the Quality improvement study. 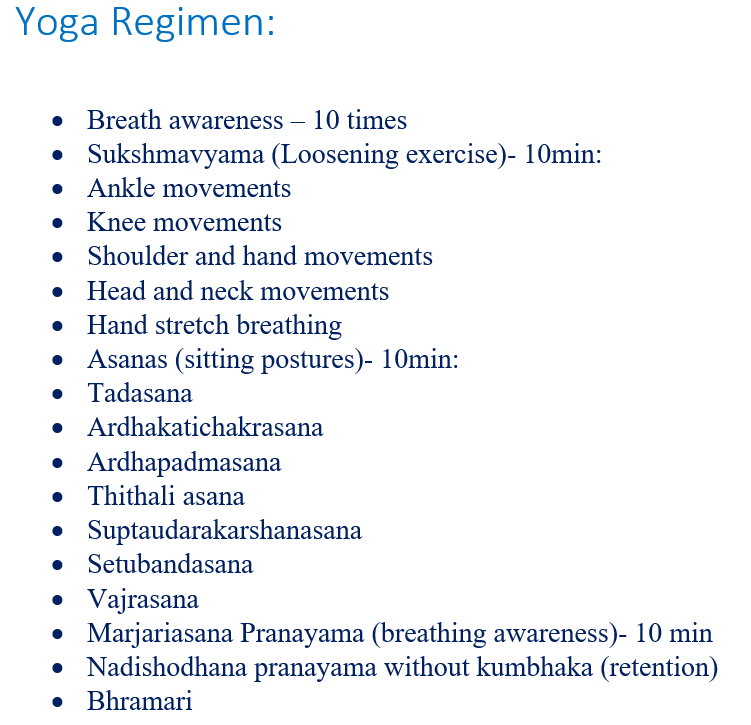 IMAGE 2: Descriptive Analysis of the Study Factors related to assessment of the effect of Yoga in Gestational Diabetes Mellitus (GDM) 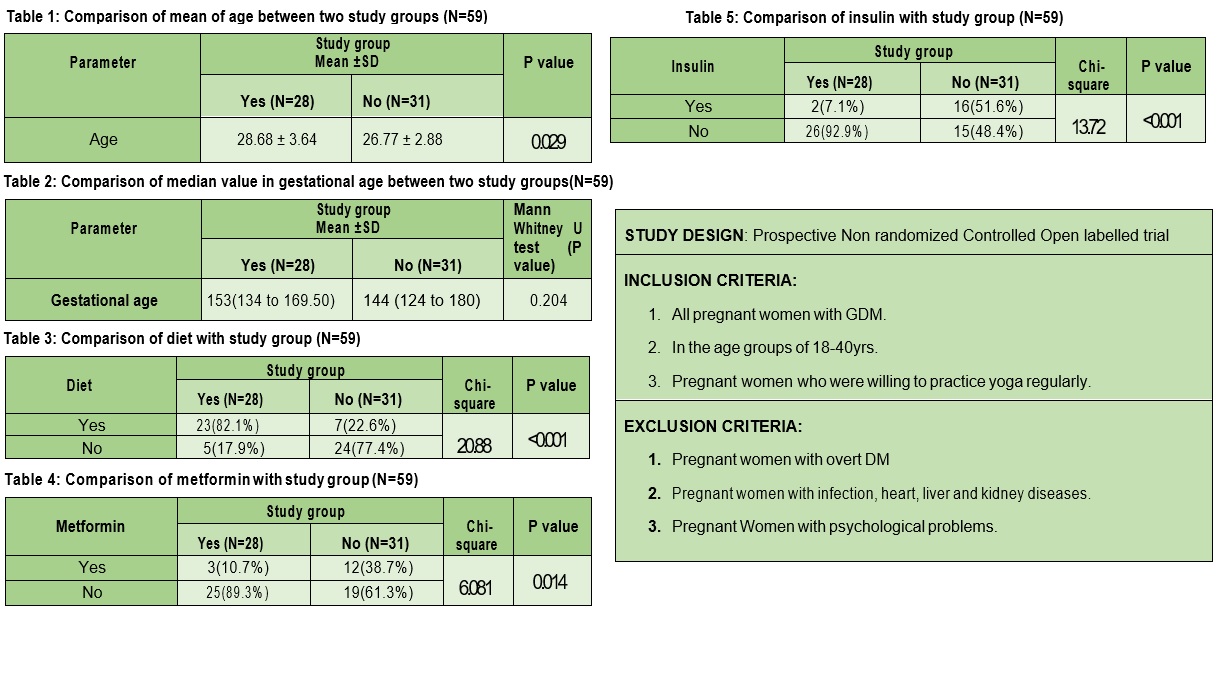 MAMA’S GOT MOVES: A QUALITY IMPROVEMENT ASSESSMENT OF THE EFFECT OF YOGA IN GESTATIONAL DIABETES.