Background: The Choosing Wisely Campaign started in 2012 with the aim of promoting high-value care. On its Choosing Wisely List, the Society of Hospital Medicine cited daily basic metabolic panel (BMP) and complete blood count (CBC) testing in the absence of clinical suspicion as unnecessary practice. Since the implementation of Choosing Wisely, there have been multiple education-based, house-staff led interventions in multiple institutions to curb unnecessary BMP and CBC testing. However, no study has examined the impact of Choosing Wisely Campaign on laboratory tests (labs) in an inpatient setting over time. The objective of this study was to determine if this campaign is associated with changes in the number of labs performed during hospital admissions.

Methods: We conducted a retrospective study at a large single academic tertiary care hospital using data from January 2008 through September 2018. We collected data on age, gender, race, length of hospitalization, case-mix index and the date of performance of the following labs: alanine aminotransferase (ALT), creatinine, sodium, potassium, magnesium, hemoglobin, white blood cells (WBC), and platelet count. Data were categorized by years into pre-campaign (2008-12), early-campaign (2013-15), and late-campaign (2016-18) periods. First, we determined the number of occasions each test was performed during admission and then divided this number by length of hospitalization to obtain the number of tests performed per day per admission. We used ANOVA to determine the change in the mean number of tests/day/admission during the three campaign periods. We used generalized linear models with robust variance, log-link, and gamma distribution to examine the early and late effect of Choosing Wisely Campaign without and with adjustment for age, sex, race, and case-mix index. A p-value of <0.05 was considered statistically significant.

Conclusions: This study illustrates some limitations of the Choosing Wisely Campaign in decreasing labs performed in the hospital setting. The statistically significant increase in labs during recent time-period, if validated by data from other institutions, will suggest better implementation strategies for maintaining high-value care over time. Future research exploring an effective strategy for delivering high-value care is needed. 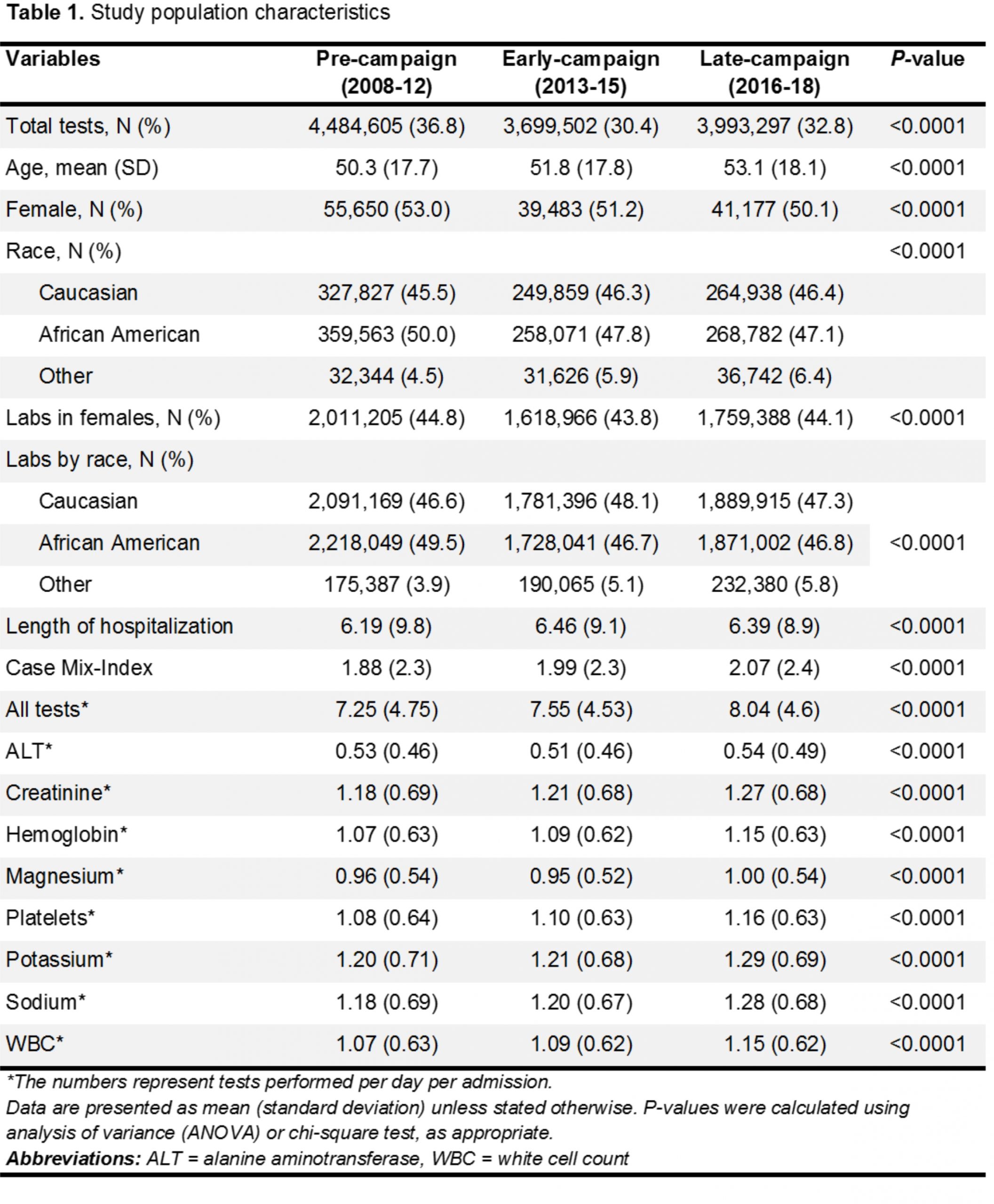 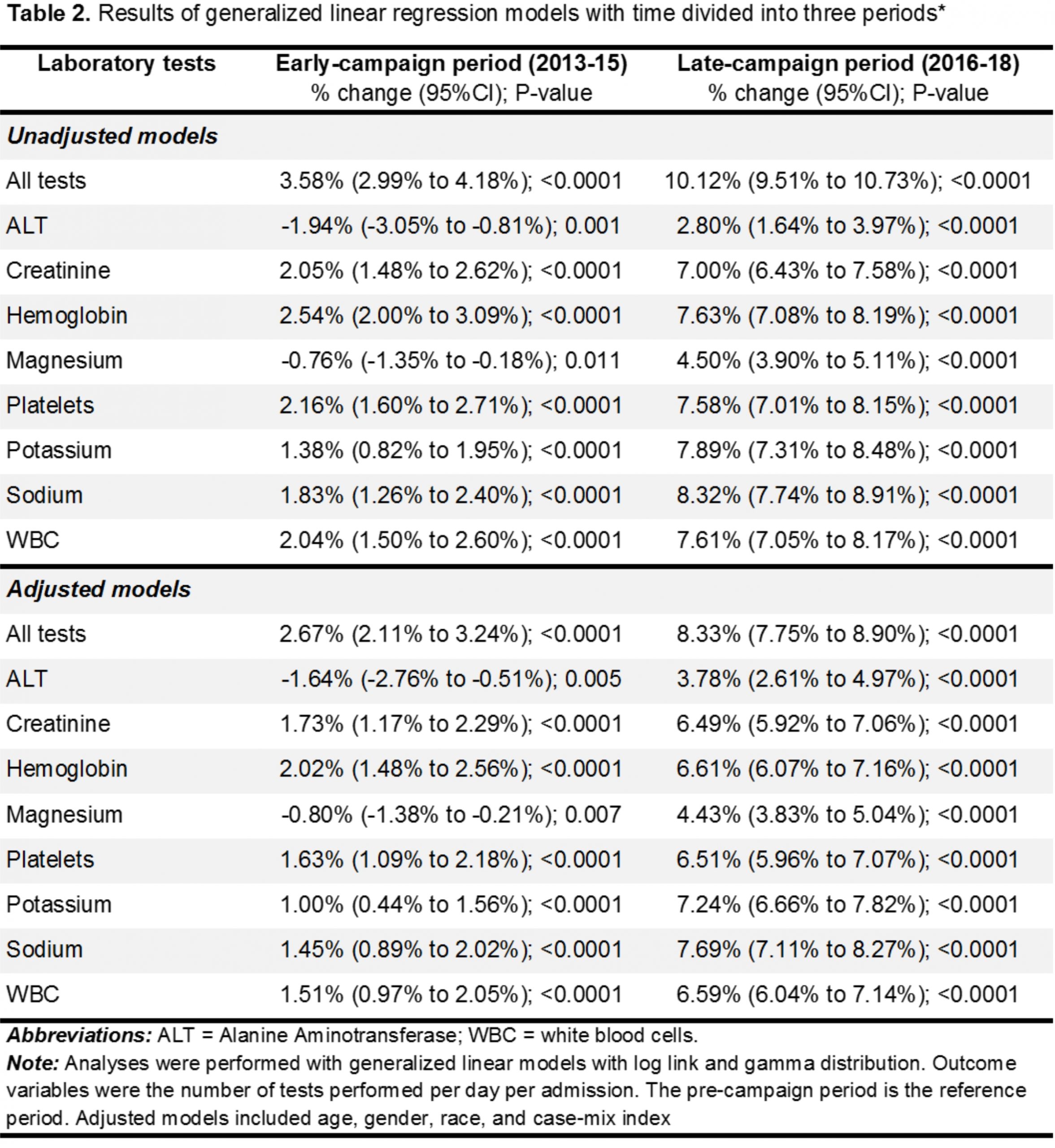