Case Presentation: We present a case of a 62 year old woman with past medical history of HTN, CAD, bipolar disorder, osteoporosis and vertebral compression fractures, who presented to the ER 8 days after T6-T10 vertebroplasties, with pleuritic interscapular pain radiating toward the sternum. She had no dyspnea, palpitations, cough, hemoptysis. Had no tachycardia or hypoxia. ECG revealed normal sinus rhythm with no ischemic ST-T changes. Laboratory work-up showed negative D-Dimer and Troponin I. Chest X-ray described mild interstitial prominence which may represent linear calcifications. Her Wells’ score was 0. Chest CT with IV contrast revealed numerous scattered pulmonary cement embolism (PCE) within the subsegmental pulmonary artery branches bilaterally. TTE had no evidence of right ventricular strain. Anticoagulation was initiated with LMWH and warfarin. She was released home in stable condition, with improved chest symptoms, on warfarin, and a recommendation for 3 months course of anticoagulation.

Discussion: Percutaneous vertebropasty (PVP) and kyphoplasty (PKP) are minimally invasive procedures commonly used in management of symptomatic osteoporotic or traumatic vertebral fractures as well as treatment of metastatic vertebral fractures. During the procedure the bone cement, polymethylmetachrylate (PMMA) can leak into the valveless vertebral venous plexus, flow through the azygos vein and inferior vena cava toward the right heart chambers and into the pulmonary vessels, causing central and/or peripheral cement embolism. The reported incidence of PCE after PVP or PKP is ranging from 3.5% to as high as 28%, depending on the study design, imaging modalities used (CXR vs. CT) and inclusion criteria (symptomatic vs. asymptomatic events). Most of the PCE are asymptomatic and detected on post -procedure CXR or chest CT. Symptoms begin days to weeks, or in rare cases years after the procedure. PCE may present with dyspnea, chest pain, cough, hemoptysis, palpitation and diaphoresis, tachycardia, hypotension, hypoxia, or in rare cases acute respiratory failure and cardiac arrest. The radiopaque PMMA is visible on CXR as solitary or multiple radiodense lines in the lungs. PMMA particles cause non-thrombotic mechanical obstruction of the pulmonary vessels, therefore D-dimer is less likely to be elevated in PCE. Non-contrast chest CT has higher sensitivity than CXR to detect PCE. The cement embolism can lead to symptomatic or asymptomatic central and peripheral embolism. The long-term in-vivo effect of PMMA is unknown, but it may act as a prothrombotic nidus leading to thrombus formation. PCE treatment includes observation for asymptomatic peripheral embolism and anticoagulation for asymptomatic central and symptomatic peripheral PCE. For symptomatic central PCE surgical embolectomy is advised. The length of anticoagulation is not well established, usually 3-6 months advised with VKA or NOACs. The long-term pulmonary sequelae of PCE is unknown.

Conclusions: PCE needs to be considered in differential diagnosis in patients with prior history of vertebropasty or kyphoplasty presenting with acute cardiopulmonary symptoms days to weeks after the procedure. The typical CXR findings are diagnostic for PCE but can be overlooked by an inexperienced examiner. If PCE is suspected, the usual D-dimer-based PE rule-out diagnostic algorithm is not applicable. Contrast or non- contrast chest CT is the most sensitive diagnostic modality. 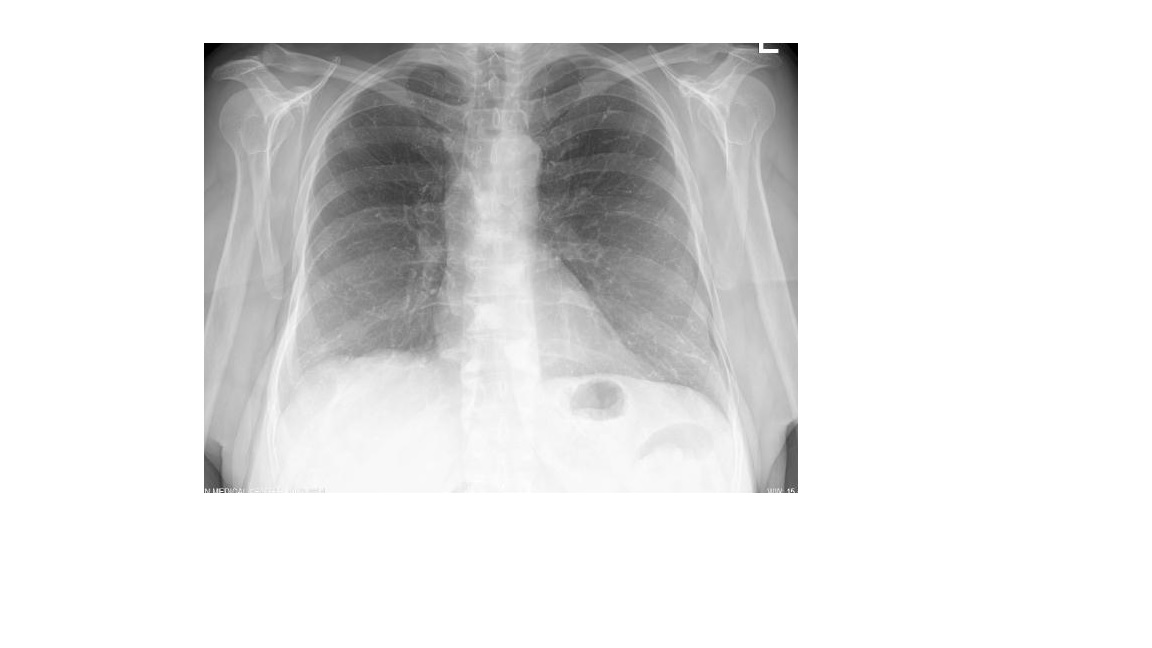