Switched at Birth: A Tale of Two Vessels

Case Presentation: A 49-year-old man with a history of type 2 diabetes and obstructive sleep apnea presented after suffering a cardiac arrest at a local airport. He was reportedly healthy appearing until suddenly slumping over in his chair at the terminal. A bystander determined the patient was pulseless and initiated CPR. He received 3 shocks from an AED prior to EMS arrival and his first documented rhythm was pulseless ventricular tachycardia. The patient received several more shocks during transit and was ultimately cardioverted with IV amiodarone prior to arrival in the ED. The patient’s wife reported that prior to this event he was feeling well and had no cardiac history. Upon presentation to the ED the patient was tachycardic, tachypneic to 40, and saturating 97% on room air. Initial ECG was notable for left axis deviation, left ventricular hypertrophy, and a widened QRS. Labs were notable for a WBC count of 11.5, troponin of 0.547 ng/mL, and arterial pH of 7.25 with pCO2 of 53. In addition, chest x ray revealed multifocal infiltrates concerning for ARDS. The patient was intubated for altered mental status and hypercapnic respiratory failure. He was taken for left heart catheterization, which revealed a large diameter left main coronary artery arising from the pulmonary trunk. (Figure 1) There was retrograde flow from the RCA (Figure 2) through collaterals around the apex and into the main pulmonary trunk. There was decreased left ventricular function with severe apical hypokinesis and an LVEF of 20% when measured by ventriculography.
The patient’s MICU course was complicated by severe ARDS necessitating paralysis and prone positioning. However, he improved with supportive treatment and was eventually discharged from the hospital. His coronary anomaly was repaired by cardiothoracic surgery 4 months after discharge.

Discussion: Anomalous Left Coronary Artery from Pulmonary Artery (ALCAPA) is a rare congenital heart disease first described in 1885. While generally considered a pediatric disease, our case and others illustrate that the general interest should be aware of this entity and its capacity to cause advanced heart failure in otherwise generally healthy adults. In a 1968 study of 140 cases of ALCAPA, 18% were diagnosed in childhood or later. In this study, of the 11 patients that presented after age 16, 9 presented with sudden death. The symptomatology of ALCPA is primarily centered around steal from the anomalous left coronary into the PA after birth when pulmonary pressures drop. The age of symptom onset is affected by the degree of intercoronary collateral circulation and degree of RCA predominance. The diagnosis is typically made by coronary angiography, but with appropriate clinical suspicion can be diagnosed using echocardiography by specifically looking for evidence of the coronary artery origins. However, this requires a high degree of clinical suspicion on the part of the ordering provider and particular attention on the part of the sonographer. The condition is corrected surgically.

Conclusions: ALCAPA is an important congenital coronary anomaly for the general internist to be aware of because if untreated it can lead to premature heart failure in adults and requires a high degree of clinical suspicion to detect. 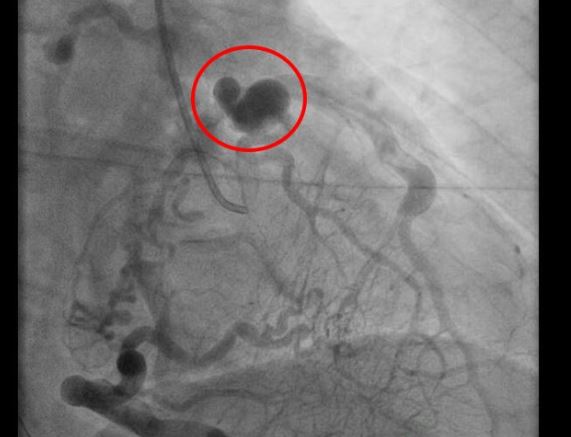 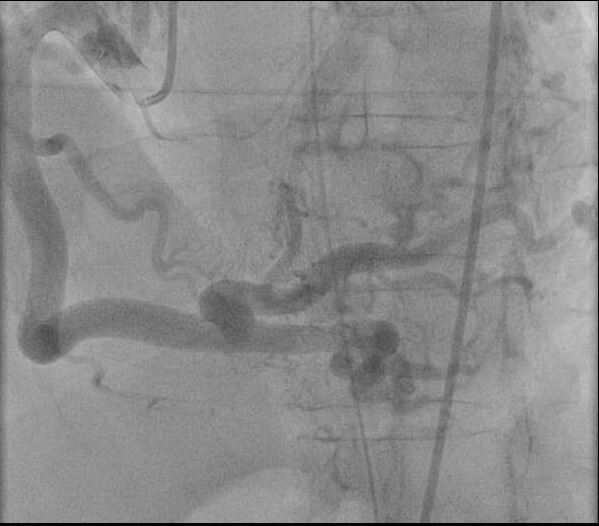 Switched at Birth: A Tale of Two Vessels.