Background: Orbital cellulitis/abscess (OC) is an infection of eye tissues posterior to the orbital septum. OC can have significant morbidities such as vision loss, cavernous sinus thrombosis, and intracranial infection if treatment is not initiated promptly. While some patients with orbital cellulitis complicated by subperiosteal abscess require surgical drainage, many are managed with intravenous (IV) antibiotics alone. While clinical and radiologic criteria are often used to guide the decision for surgery, the role of inflammatory markers in supporting this decision has had inconsistent results. The purpose of this study was to measure the association between inflammatory markers – fever, white blood cell count (WBC), absolute neutrophil count (ANC), and C-reactive protein (CRP) – and surgical intervention in pediatric patients hospitalized with OC.

Methods: A retrospective cohort study was conducted in patients age 2 months to 17 years, hospitalized with CT-confirmed OC at an academic Children’s hospital between January 2013 and December 2019. Exclusion criteria included preseptal cellulitis, immunocompromise, eye trauma, orbital prosthetic, and recent orbital/sinus surgery. Inflammatory markers were compared between the medical group (IV antibiotics only) and the surgical group (IV antibiotics plus surgery) and are presented as median (Q1-Q3). Fisher’s exact test was used to compare categorical variables and Mann-Whitney-Wilcoxon test was used to compare continuous variables. A p-value <0.05 was considered significant.

Conclusions: Our study suggests that admission WBC and ANC could be used as adjunct when deciding between medical and surgical management of OC; however, trending them after IV antibiotics are initiated may not add value in the continued management of OC as in most cases they trend down post-antibiotics. 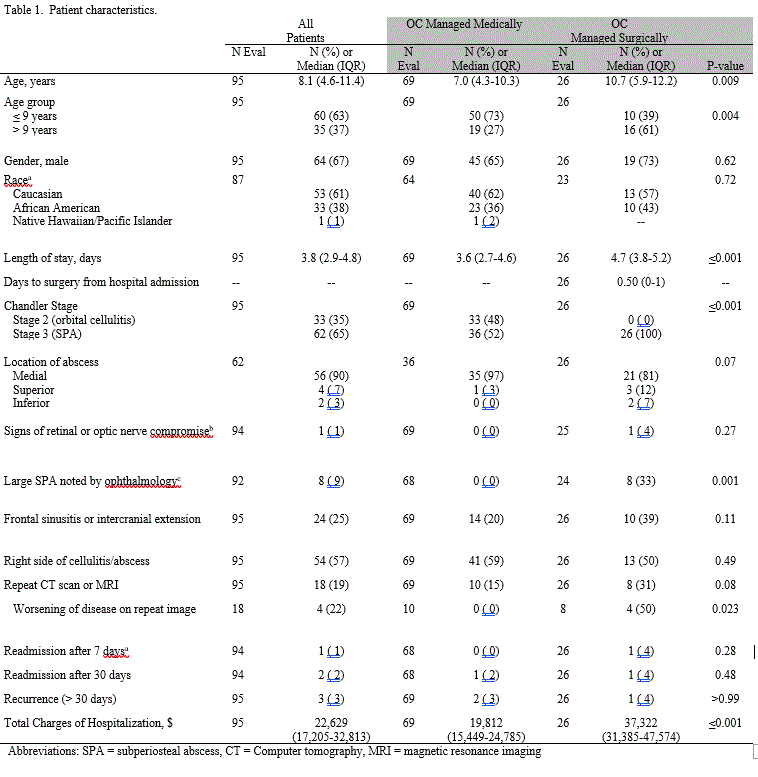 IMAGE 2: Table 2: Inflammatory Markers in the Medical and Surgical Groups 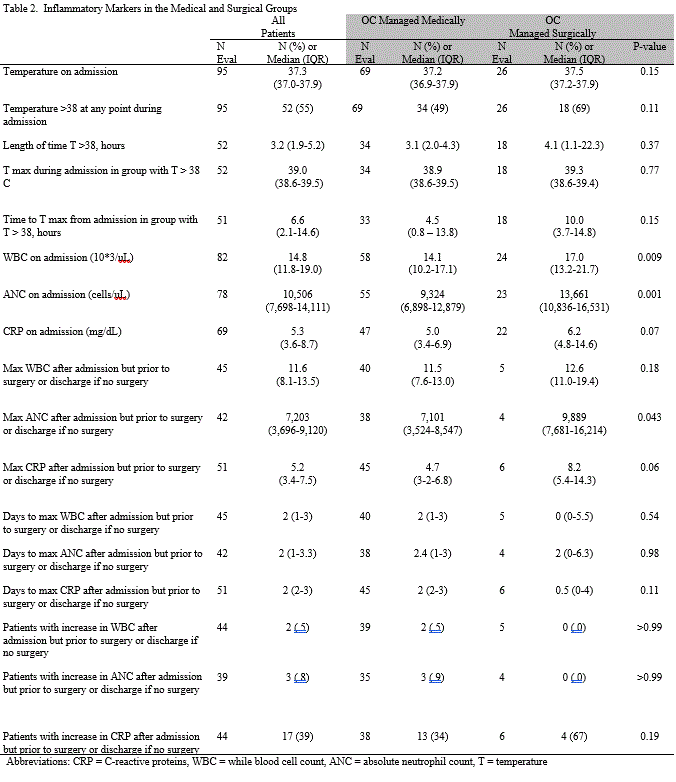 THE ASSOCIATION OF INFLAMMATORY MARKERS WITH SURGICAL INTERVENTION IN PATIENTS WITH ORBITAL CELLULITIS/ABSCESS – A RETROSPECTIVE COHORT STUDY.